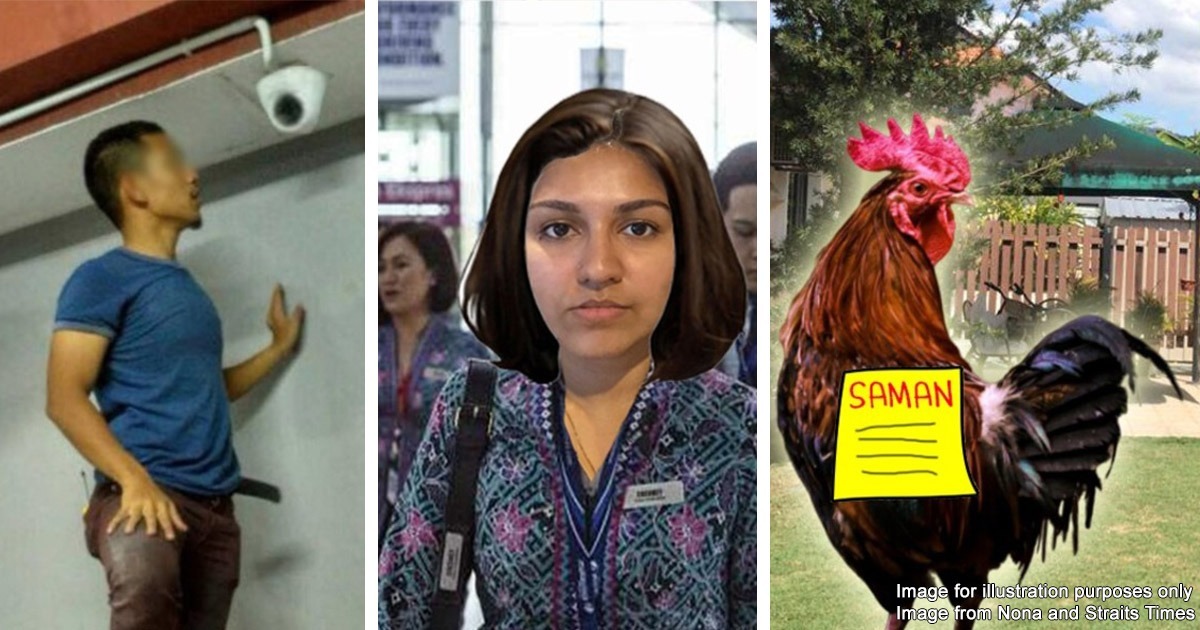 What a year. 2020 must be the year where we spent the most time indoors due to the MCO. New situations started popping up, like balcony karaoke sessions. And in typical Asklegal fashion we thought, Can we sue the neighbours for that? (Hint: You can sue anyone for anything)

However, when we looked back at the year’s top articles, only one article about neighbours made it into the list. But quite understandably, 3 of the top articles were MCO related.

We’ve all had issues with our telcos before. It could be from getting weak reception in certain areas, billing issues, or just poor customer service. And because we’re so used to it happening, we might think that’s just how things are.

But some of our readers had a case of schadenfreude, when the major telcos in Malaysia were fined a collective RM4.6 million for bad service. Judging from the FB comments we had about it, some of you are pleased that there is a penalty for poor service, while some felt the fine was too low.

You can read the breakdown of the fines here.

9. Family sued for having CCTV pointed at their neighbour’s house

With the MCO forcing most of us to stay at home, we’ve probably spent some time staring out the windows, marvelling at the empty roads. But imagine looking out...and seeing your neighbour has a CCTV installed, and it’s pointed straight at your house.

This story didn’t happen during the MCO though, but back in 2009. It was between two next door neighbours in Johor, Pua and Lew, who...lets just say they didn’t like each other. Pua then installed several cameras around his house, and one of them was pointed straight at Lew’s house.

Feeling that his privacy was violated, Lew sued Pua for it.

[READ MORE: A Malaysian family got sued because their CCTV was pointed at the neighbour's house ]

6, 7 & 8: Government announcements about the MCO

No 6, 7 and 8 were on the same topic, so we decided to group them under one point: announcements from the government about the MCO.

When the MCO was first enforced, most of us weren’t sure what was going on. Some of us might watch the live announcements from Muhyiddin, which was another new thing for us.

Every other week there were new SOPs to follow, government subsidies, and what industries are allowed to open. But these announcements tend to come with a hefty FAQ book, which some of us won’t bother reading.

So we thought we’d do it, and highlight what we thought were relevant from the whole FAQ. The most read in descending order was:

[READ MORE: No 8. More industries are allowed to open in phase 3 of MCO. Here’s what you need to know ]

[READ MORE: No 7. Can Malaysian tenants get a discount on rent during the MCO? ]

[READ MORE: No 6. Msian govt is subsidising workers salaries. Here’s how employers can sign up for it ]

5. Types of leave in Malaysia

We have one of the highest number of public holidays in the world. Besides major holidays like Hari Raya, we also have the Sultan and Agong’s birthday, Federal Territory day, Nuzul Quran...so it’s not uncommon to think, wait is this a holiday?

It’s important to be sure, because if you’re working on a public holiday, you’re usually entitled to a double pay. There might also be some of you who were forced to work on public holidays by your boss. If that’s the case, this article can shed light on what you can do in that situation. We actually wrote this back in 2018, and it’s still relevant until now.

[READ MORE: 5 types of leave in Malaysia (and if you will be paid when you take them) ]

4. Stewardess fired for being ‘fat’

Just to be clear, the airline didn’t say she was fat. Rather, in this case from 2017, she was let go for being overweight...by 700 grams.

Cabin crews are expected to maintain an optimal weight. Based on her BMI, the stewardess is expected to weigh no more than 61kg. But at her final weigh in, her weight was at 61.7 kgs.

The airline opted to let her go for not maintaining her image, as per company policy. Disappointed, she brought her case to the Industrial Court as she felt she was unfairly terminated.

How did the court weigh in on this matter? You can read up on it below.

[READ MORE: A Msian stewardess was fired for being 'fat' AND the court agreed with the airline ]

In this case, a non-Muslim woman tried to sue her husband’s (alleged) lover, a Muslim woman, for ruining her marriage. But when they went to court, the judge basically said...she can’t sue the other woman, because she’s a Muslim.

In Malaysia, laws on civil marriages do not apply to Muslims. This is because Muslim marriages in Malaysia are governed by Islamic laws.

However, if the third person was non-Muslim, you can sue them, which we’ve written about before. But to continue reading this particular story, you can do so below.

[READ MORE: A non-Muslim woman sued a Muslim woman for ruining her marriage. The court disagreed ]

2. Raising farm animals in our backyard

As Malaysians, it’s not that uncommon to see chickens in someones backyard. Some of you might even have a few of them running around in your backyard.

A reader asked us about it before: is it actually legal to keep chickens in your house? So we did the legwork of checking whether that is the case. Turns out...it’s not! In fact, you’ll get fined for doing so.

Surprised? So were we, and probably everyone who read it and shared it around.

The Malay translation was the most read version, but you can read both versions below.

[READ MORE: In M'sia, you can be fined for rearing farm animals in your backyard ]

This one might be relatable to those who makan gaji, which is most of us. And this, surprisingly, was our top read article for 2020.

In this case, NR, an employee in Petronas, was fired without a fair reason. She had been working there for 24 years. Due to corporate restructuring, she was moved to another division where she had a personal spat with her superior, ZZ.

This issue led to NR being fired in 2017, but her case was only heard in the Industrial Court in 2019. There, the court decided that she was unfairly fired, and they ordered her employee, Petronas, to pay her RM1.13 million in compensation.

[READ MORE: A Malaysian employee was unfairly fired, so the company had to pay her RM1.13 million ]

Thank you for reading!

That’s it from us this year. Thank you so much for your support, and we’ll see you in 2021. Happy New Year!