about 4 years ago K. Saraswathy

One of the best things about starting work is the joy that comes with earning money! So you get all excited about your new job, you check the employment contract that is handed to you for the salary amount, sign it and probably never look at it again. 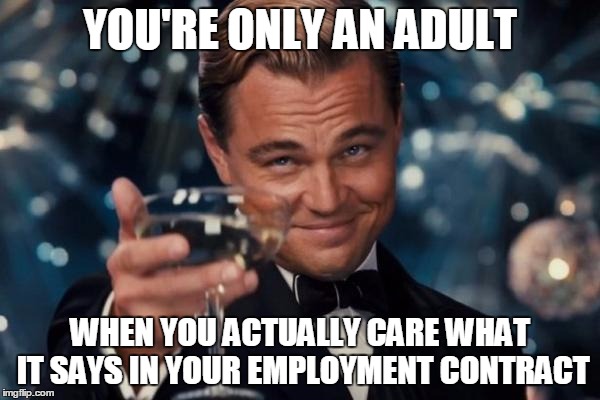 But first, lets quickly go through how an “employee” is defined by the law – in this case the Employment Act 1955. The Act outlines several criteria of an “employee”, but two important ones are:

So if your salary is over RM2,000, you may be thinking that you’re NOT covered under the Employment Act…..and you’re right. This discussion is worthy of another article of its own, but suffice to say, this is where you’ll need to look at your employment contract to make sure that the terms regarding leave are similar to if not better than what is provided in the Employment Act.

Now let’s look at the leaves you as an employee in Malaysia would normally take and if you are also entitled to wages DURING these leaves, you know, while you’re making that epic road trip with your friends happen or while lying alone on the couch with a bowl of hot chicken soup and a runny nose!

So, you must have been working for at least 12 months with the same employer in order to become entitled to annual leaves. On the other hand, if you’ve just joined the company and thinking about leaving the employment before completing 12 months of continuous service, your number of leave days will be pro-rated according to the number of months you’ve been working with the company. Using the base 8 days as an example, it means you’ll get 0.66 days per month served. This means that if you are leaving the company after working for 6 months, you’ll be entitled to 4 days (0.66 x 6) of pro-rated annual leave.

However, if you’re absent from work without your employer’s permission or a reasonable excuse for more than 10% of the working year, you’ll not be entitled to annual leave.

“...where an employee absents himself from work without the permission of his employer and without reasonable excuse for more than ten per centum of the working days during the twelve months of continuous service in respect of which his entitlement to such leave accrues he shall not be entitled to such leave.”

This leads us to everyone’s favorite “reasonable excuse” for missing work...

Being that even the best employees will fall sick from time to time, it wouldn’t make sense for you to be penalized for an illness.

With an MC from a panel clinic (or other registered medical practitioners/officers if your company doesn’t have a panel clinic), you may be entitled to a certain number of paid sick leaves depending on how long you’ve been working for the company:

”The employer shall pay the employee his ordinary rate of pay for every day of such sick leave and an employee on a monthly rate of pay shall be deemed to have received his sick leave pay if he receives from his employer his monthly wages, without abatement in respect of the days on which he was on sick leave...”

In addition, Section 60F(1)(bb) provides that you are entitled to 60 days of paid sick leave in total per calendar year if you need hospitalization.

While getting an MC is a must, don’t forget to inform your employer that you won’t be showing up at work. If you fail to do this within 48 hours, you will be considered absent without permission or reasonable excuse – MC or not.

Section 60D(1) of the Employment Act 1955 tells you that, as an employee, you are entitled to paid holidays on eleven of the gazetted public holidays (which include the National Day, the birthday of Yang di-Pertuan Agong, and Worker’s Day) and any other day appointed as public holiday under Section 8 of the Holidays Act 1951 (yes, this is where our favourite celebration of victories in major sports events comes in).

The Minister may, by notification in the Gazette or in such other manner as he thinks fit, appoint, in respect of Peninsular Malaysia, or the Federal Territory or, after consultation with the State Authority, in respect of a State, a day to be observed as a public holiday or a bank holiday in addition to, or in substitution for, any of the days mentioned in the Schedules and thereupon this Act shall, in Peninsular Malaysia, or in the Federal Territory, or in the State in respect of which a day is appointed to be observed as a holiday as aforesaid, be applicable to such day in the same manner as if the said day had been mentioned in the First Schedule or the Second Schedule, as the case may be.

Since some of the holidays under the 1951 Act may come as a surprise, some employers may be unable to observe them as public holidays due to operational requirements or urgencies. In this case, they can require employees to work on the public holiday and grant a different day as a paid public holiday in substitution.

[READ MORE: Do I get extra pay if I work during a public holiday?]

Under the Part IX (Maternity Protection) of the Employment Act 1955, every female employee is entitled to not less than 60 consecutive days of paid maternity leave if she has worked at least 90 days for her current employer within the 4 months leading up to her confinement period.

During this period, the expecting mother is entitled to maternity allowance (which is basically her ordinary monthly salary) that must be paid no later than 7th day of the month.

[READ MORE – Can Malaysian bosses fire you for being pregnant?]

Even though the previous government announced an increase in maternity leave from 60 days to 90 days for the private sector – which puts it on par with the government sector – the Employment Act has yet to be changed to reflect this. This means that, for now, private sector employers can only be encouraged to provide 90 days of maternity leave as there won’t be a strict implementation of the new minimum period until the law is actually changed and brought into effect.

5. Absence due to imprisonment or court – Unpaid!

We REALLY hope this doesn’t become applicable to you, but if you are absent from work because you’ve been arrested or required to attend a court proceeding, you may not be able to demand wages for the leave taken.

According to Section 23 of the Employment Act 1955,

“Wages shall not become payable to or recoverable by any employee from his employer for or on account of the term of any sentence of imprisonment undergone by him or for any period spent by him in custody...or for or on account of any period spent by him in going to, attending before or returning from a court otherwise than as a witness on his employer’s behalf.”

This basically means, an employer will not have to pay the wages of an employee who is absent from work due to being imprisoned or because he/she is required to attend in court... unless if it is on behalf of the employer.

Use it but don’t abuse it

Although the Employment Act (in Peninsular Malaysia anyways) ensures that you’ll get paid for not working in many reasonable circumstances, you may also find yourself in trouble if you abuse some of these entitlements!

But if you came back from a holiday (which you applied annual leave for) and find your pay docked, you might want to first start by discussing it with your employer - it could just be a misunderstanding.  If that doesn’t work, you can take your problem to the Industrial Court.

[READ MORE: What can you do if your boss refuses to pay you?]

[READ MORE: What can you do if your boss fired you for no reason?] 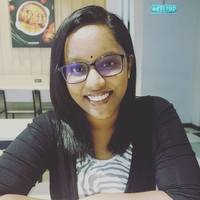