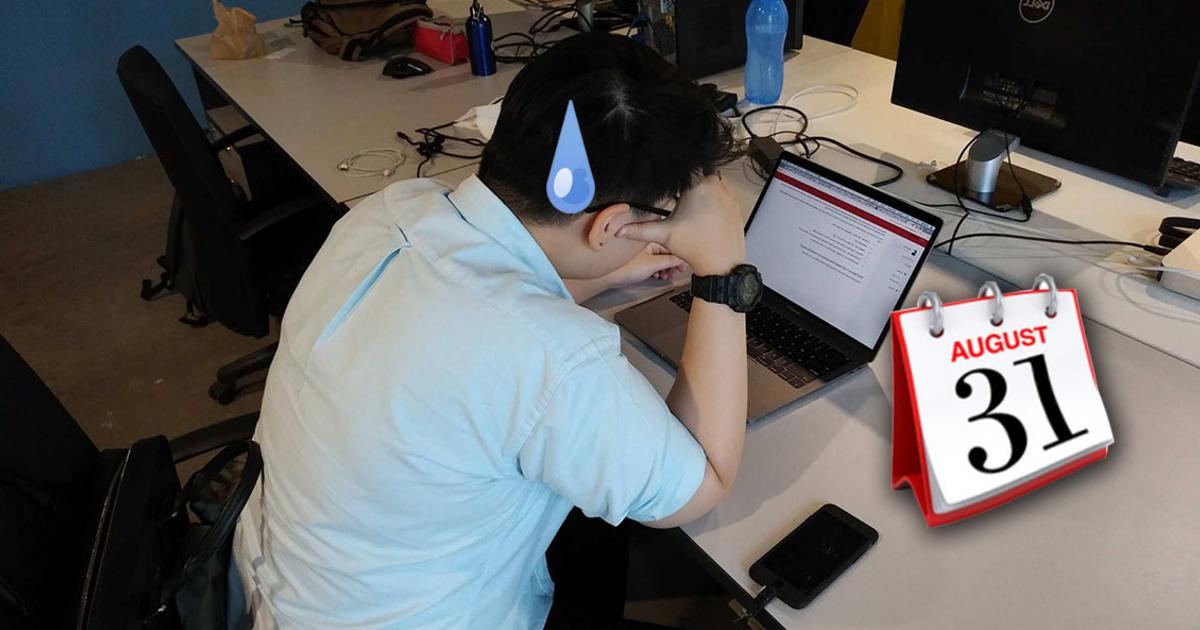 Is it legal for my boss to make me work on a Malaysian public holiday?

Have you ever been caught in that situation where you were looking forward to a public holiday because you and your friends have planned this epic road trip. You get your bags packed, your car gassed and ready to go. As you are bidding your colleagues a cheery goodbye on the eve of that public holiday, your boss steps into the office and announces that the company would not be closed. Work would go on as usual.

Devastated, you whip off your party hat and swap it for your painful work hat. If you have ever been caught in such a situation, you would probably have some questions like can my boss even make me work on a public holiday? If yes, what do I get in return – would it be double pay or an additional day off?

This article only covers those who are considered employees under the Employment Act 1955 and Peninsular Malaysia (including the Federal Territory of Labuan). The Act defines “employees” as those who are earning below RM2,000 or those (regardless of how much they are earning) who are engaged in certain services such as manual labour or being a domestic servant. To view the full list of services, you can read the First Schedule of the Employment Act.

If you do not fit within the definition of an employee as mentioned above, you would not be protected by the Employment Act. Instead, you would have to rely on your employment contract and should you have any disputes about the contract, you would have to bring it to the Industrial Court.

To start off, every employee is entitled to at least one rest day 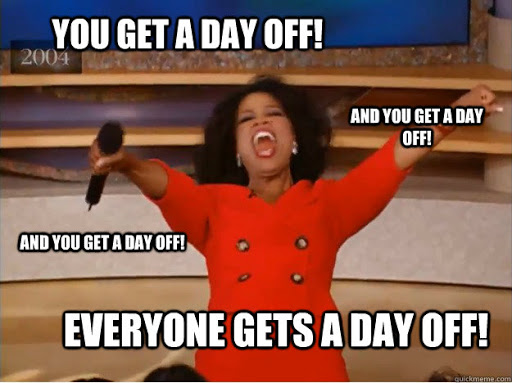 If your boss has got you working seven days a week, he might be breaking the Employment Act 1955 ("EA 1955"). Section 59(1) of the EA 1955 tells us that every employee is entitled to one rest day a week and this day would be determined by your boss. For most office workers who get more than one day off a week, any additional day off that you get is also considered a rest day under the Act, such as your weekends.

Section 59 of the Employment Act:

“(1)Every employee shall be allowed in each week a rest day of one whole day as may be determined from time to time by the employer, and where an employee is allowed more than one rest day in a week the last of such rest days shall be the rest day for the purposes of this Part:”

“(1B) Notwithstanding subsection (1), the Director General, on a written application by an employer and subject to any conditions he may deem fit to impose, may permit the employer to grant the rest day for each week on any day of the month in which the rest days fall and the day so granted shall be deemed to be the employee’s rest day for the purposes of this section.”

However, your boss may apply to the Director General of Labour to grant your weekly rest days on any day of the month. For example, if you were entitled to four rest days a month (for the four weeks in a month), instead of having one day weekly, you might be given four days off in a row on any given day in the month. This situation would typically arise for off-shore workers.

What happens if I have to work on my rest day?

So, okay. You have been called back to work on a rest day. The next question that would crop up is – am I entitled to additional pay? The answer is yes.

How much you would get depends on three different scenarios listed in the Employment Act.

Work not exceeding half of your normal work hours:

If you are a worker employed on a daily or hourly basis, you are entitled to one day’s pay at the normal rate.

If you are a worker employed on a monthly or weekly basis, you are entitled to half the normal rate of pay for work done on that day. How this is calculated will be discussed later on in the article.

Work exceeding half but not more than your normal work hours:

If you are a worker employed on a daily or hourly basis, you are entitled to two days’ pay at the normal rate.

If you are a worker employed on a monthly or weekly basis, you are entitled to one day’s pay at the normal rate.

If you are working beyond your normal working hours, it doesn’t matter if you were hired on a hourly or monthly basis, you are entitled to a pay of at least twice your normal hourly rate.

A little extra information to throw in, if you are working overtime on a normal working day, section 60A(3)(a) provides that you are entitled to a pay of at least one and a half times your normal hourly rate:

”For any overtime work carried out in excess of the normal hours of work, the employee shall be paid at a rate not less than one and half times his hourly rate of pay irrespective of the basis on which his rate of pay is fixed.”

Now, we come to the question of the hour…

What about working on a public holiday?

Section 60D(1) tells us that as employees, we are entitled to a paid holiday on any of the gazetted public holidays (such as National Day, Malaysia Day or the Yang di-Pertuan Agong’s birthday, for example) or any other days that are declared as holidays through the Holidays Act 1951.

“Every employee shall be entitled to a paid holiday at his ordinary rate of pay on the following days in any one calendar year: (a) on eleven of the gazetted public holidays, five of which shall be—”

Despite this, your employer requires you to work on a public holiday, he is allowed to substitute that day with another day off for you.

Now, regarding what you pay you should receive if you work on a public holiday, section 60D(3)(a) tells us that regardless of whether you are employed as an hourly or monthly worker, you are entitled to an additional two days’ pay at the normal rate on top of the holiday pay. In addition to that, unlike working on a rest day, it does not matter how many hours of work you put in on that public holiday.

For example, if you are usually earning RM20 per day, working on a public holiday entitles you to RM60 per day. This calculation is based on the holiday pay (RM20) + two days’ wages at ordinary rate of pay (RM20 x 2 = RM40). Section 60D(3)(a) is quoted as follows:

“...in addition to the holiday pay he is entitled to for that day— (i) in the case of an employee employed on a monthly, weekly, daily, hourly, or other similar rate of pay, be paid two days’ wages at the ordinary rate of pay; or...regardless that the period of work done on that day is less than the normal hours of work.”

An additional point to note is that if the public holiday falls on a half working day for you, the normal rate of pay is that of a full working day.

This means that if you usually earn RM20 for a full working day and RM10 for a half working day, in order to calculate the pay that you would receive on a public holiday, RM20 would be the amount used.

Hold up. How do I even know what my ordinary rate of pay is? 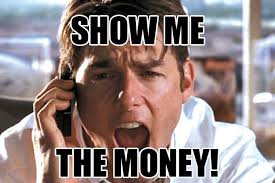 Section 60I(1)(a) tells us that “ordinary rate of pay” means the wages that you are supposed to receive (whether counted hourly, weekly or monthly) under your contract of service. This does not include the pay that you would receive for working on rest days or public holidays because as mentioned above, there would separate calculations for what pay you would receive for working on a rest day or public holiday.

If you are curious as to how to calculate your ordinary rate of pay, the formulas are as follows:

For a worker paid on a monthly basis:

For a worker paid on a weekly basis:

For a worker paid on a daily/hourly basis:

The ordinary rate of pay is found by dividing your total salary for the preceding work period (if you are paid weekly, this means the pay you received in the last week, if you are paid monthly, then it would be the pay you received for the month before) by the number of days you worked during that work period. The salary that is used for this calculation must exclude any amount paid as incentives or rest day/public holiday wages.

For example, if you were paid weekly and received RM150 for five days of work, your ordinary rate of pay would be RM30.

Section 60I(2) also tells us that employers are not obliged to use the formulas provided by the Employment Act but whatever method they choose to calculate your ordinary rate of pay cannot place you at a greater disadvantage than what the law has provided:

But what if my boss wants to give me an additional day off for working on a public holiday but I want extra pay instead? 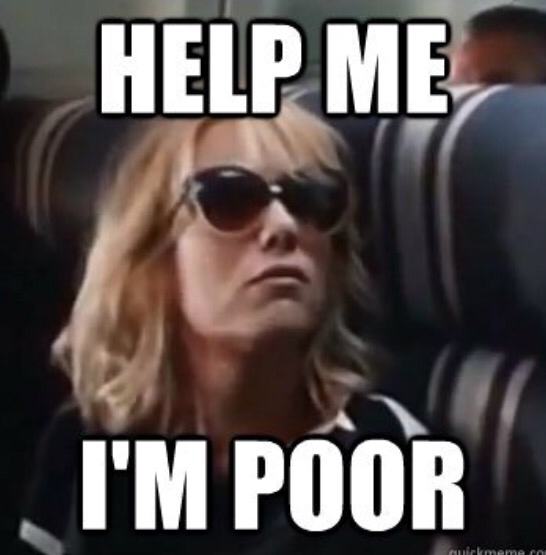 The Employment Act does not specify which reimbursement your employer must provide you when you are asked to work on a public holiday. Whether or not you would be entitled to additional pay or another day off would depend on your company’s policy and/or the agreement that you come to with your boss.

This is because given how diverse the businesses are in Malaysia, it would be impossible to regulate this issue in a manner that would ensure every business would not suffer economic losses. So for example, if you worked for a logistics company that requires strict adherence to schedules, additional pay might be the best way to go. On the other hand, if you work for a smaller business that has a group of staff working, it might be more economically viable for them to give you an additional day off instead.

At the end of the day, it pays to learn about your company’s policies in order for you to make preparations for a nice getaway or, if you are getting additional pay, to ogle things you want to buy.