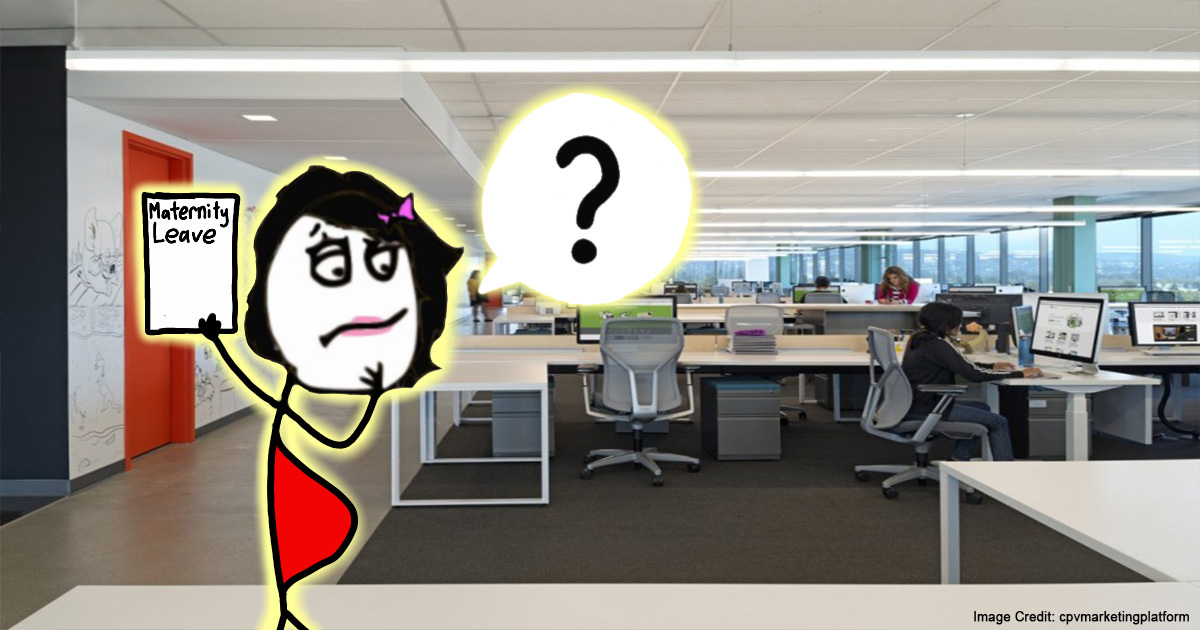 Can Malaysian bosses fire you for being pregnant?

One morning, you find yourself in the toilet throwing up everything you ate. It has been happening consistently for the past couple of days. Then, it hits you! What if…? Could it be? You decide to check using a pregnancy test that you bought recently. Two lines appear on the test, telling you exactly the kind of news you were hoping for!

You and your spouse did it! After so many tries, you are finally pregnant. As you plan and prepare your house for the arrival of your baby, you are reminded that you will need to take leave from work when you go into confinement. So, how do you go about applying for this maternity leave that you have heard so much about?


What is maternity leave and what benefits are there for me?

Maternity sounds like a much anticipated leave for any expectant mother. You get time off from work to bond with your newborn baby and recuperate from the hard time you had bringing him/her into the world.

Not only that, you actually get paid doing so! According to section 38 of the Employment Act 1995:

“The maternity allowance referred to in subsection 37(2) and accruing in each wage period under the contract of service of the female employee shall be paid in the same manner as if such allowance were wages earned during such wage period as provided in section 19.”

What this means is you will be paid your usual salary while you are on your maternity leave!

[READ MORE: If you boss refuses to pay you in Malaysia, what can you do?]

Think of it as how you would get paid while going on your annual leave.

HOWEVER, do note that that the Employment Act 1995 only applies to Peninsula Malaysia. If you are working in Sabah and Sarawak, different laws will apply. Aside from that the Employment Act only applies to those who are earning RM2,000 and below but don’t fret if you earn more than that because you are still protected and we will discuss this later on in the article.


So, does that mean any pregnant woman can apply for maternity leave?

Unfortunately, no. You are only entitled to maternity leave once you have fulfilled certain requirements stated in section 37 (2)(a) of the Employment Act 1992:

This means you must have worked at least 90 days for your current employer within the 4 months leading up to your confinement period before you are entitled to your maternity leave benefits.

Sounds like an acceptable requirement to fulfil considering that you will be getting full pay while taking time off from work. Which brings us to our next question...


How much time off from work am I entitled to?

Remember, 60 consecutive days is the minimum requirement of any maternity leave for any company. But there are some companies that may have longer maternity leave for their employees. So, you will need to check your contract or even the employee handbook for the exact number of days you are entitled to.

While most expecting mothers start their maternity leave around the time when their baby is born, you can actually go on your maternity leave 30 days earlier than your confinement date. Again, there are requirements for that stated in section 37 (1)(b) of the Employment Act 1995:

TL/DR: You need to provide a letter from your doctor if you need to go on your maternity leave 14 - 30 days earlier than your period of confinement.

What happens if I am on or return from my maternity leave and find out that I have been fired?

Touch wood if that happens. But before you cry your eyes out, do note that your employer has actually committed an offence because according to section 37 (4) of the Employment Act 1995:

Any employer who terminates the service of a female employee during the period in which she is entitled to maternity leave commits an offence.

So, if you get fired, you can lodge a complaint against your employer.

Take the case of Aznalisa Yaacob v. Malayan Banking Berhad for example. Aznalisa Yaacob was under probation when she was seven months pregnant and found herself dismissed from her job. Her employer claims that it was because of poor performance. The case went to the Industrial Court where it was ruled in her favor as Puan Aznalisa was dismissed because of her pregnancy, not for her performance (due to the lack of warnings from her employer).

HOWEVER, remember how we mentioned that the Employment Act does not apply if you earn above RM2,000? Well, this is how your rights can still be protected.

Subsection 2(1) of the First Schedule of the Employment Act 1995:

“Any person, irrespective of his occupation, who has entered into a contract of service with an employer under which such person’s wages do not exceed two thousand ringgit a month.”

Since the Employment Act 1995 won’t protect you if this happens, you can look to the Industrial Relations Act 1967 as it states:

““workman” means any person, including an apprentice, employed by an employer under a contract of employment to work for hire or reward and for the purposes of any proceedings in relation to a trade dispute includes any such person who has been dismissed, discharged or retrenched in connection with or as a consequence of that dispute or whose dismissal, discharge or retrenchment has led to that dispute.”

What this means is that if your salary amount is above RM2,000, you are protected by the Industrial Relations Act 1967 as long as you have a written contract with your employer.

However, there are times when a case is not so easily solved and that is when it would be brought to the Industrial Court for trial [Section 26 of the Industrial Relations Act 1967].

If you ever face a problem with your maternity leave, we highly recommend that you should check your contract and consult a lawyer about it to see how you can lodge a complaint.

But what if I have not been fired, but demoted/moved to another department after I returned from my maternity leave?

Vasanthi Suvalingam v. Price Solutions Sdn Bhd is an example where the employee found she was transferred to a different department upon her return from her maternity leave. Vasanthi Suvalingam worked in the Cancel File Unit (CFU) where she earned a nett income between RM4000 - RM5000. During the two years she worked in the department, she had received several awards for meeting the KPI. Then, she went on maternity leave. Upon her return, she found she had been transferred to Cards and Balance Transfer department, where her responsibilities and income were decreased.

The case was taken to the Industrial Court based on her claim of constructive dismissal. The court upheld her claim and she was compensated.

If this situation ever happens to you, make sure you have collected sufficient evidence and consult your lawyer about this.

But what about the proposed maternity raise in Budget 2018?

However, there will be no increase in the minimum period of maternity leave until the proposal has been passed through the Parliament and comes into effect.