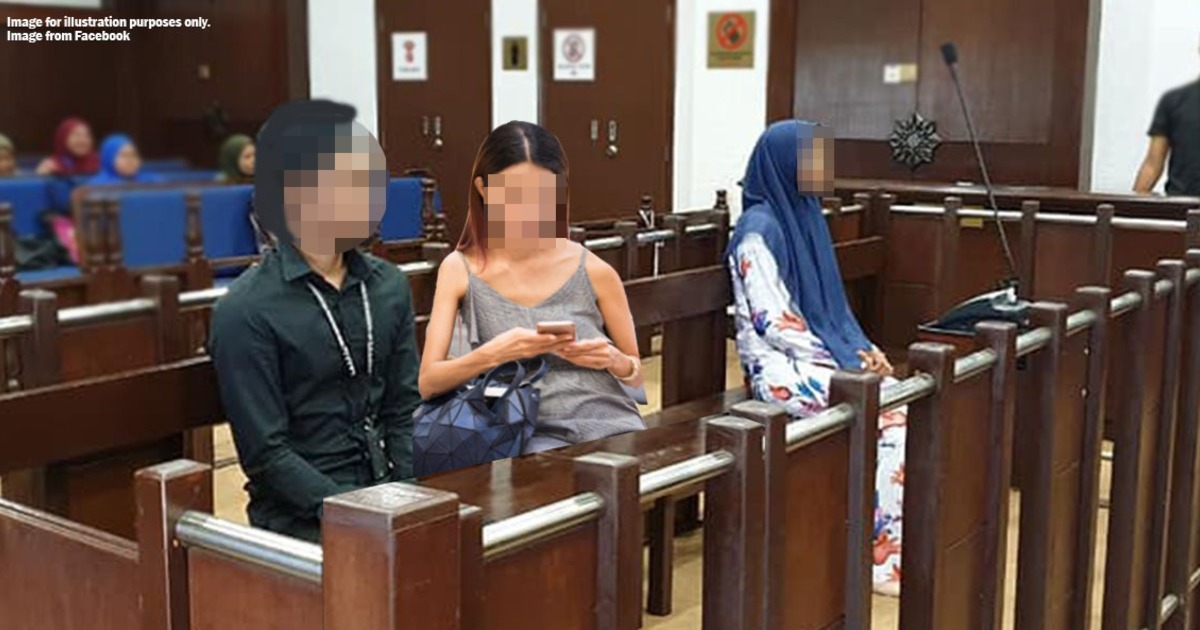 Getting a divorce can be pretty ugly. It might sometimes involve children, property and lotsss of emotions. Unless of course, you and your partner happily agree to get legally separated...which is super rare (and even then courts won’t allow y’all to be divorced)—read this link to know why.

But yes, looking at how most divorce cases start and end on a bitter note—here’s a situation we’ve discussed before, but this time, there’s a bigger plot twist.

Imagine finding out that your spouse of 5 years has been cheating on you with someone else, throughout your marriage. We previously wrote an article about this, which includes what you can do to your partner AND his lover, for ruining your marriage.

[READ MORE: Malaysian women CAN sue their husband's mistress for ruining the marriage]

TLDR: You can sue your husband’s lover for adultery—after you’ve established a case against him to get a divorce. Now this might be rather assuring for those who are worried about their partner’s straying away—you might be left with a broken heart, but at least you have more money.

But the courts have now made an exception to this law, on whether or not you can destroy your partner’s lover…financially.

The judges in AJS v RIS & Anor [2020] stated that the husband’s (alleged) lover, a Muslim woman—cannot be sued by the wife during separation proceedings between non-Muslims.

Now why did the wife even sue her husband’s lover in the first place? Probably because she can, or thought she could. Section 58(1) of the Law Reform (Marriage and Divorce) Act 1976 (“LRA”) says this:

“On a petition for divorce in which adultery is alleged...the party shall make the alleged adulterer or adulteress a co-respondent, unless excused by the court on special grounds from doing so.”

In other words, your partner’s lover—referred to as a co-respondent under the Act can be sued in the event of adultery. Once the court thinks there is enough evidence against the lover, she/he can be sued for damages (monetary claims)—if the court thinks it’s fit to do so.

However in this case, the wife couldn’t sue her husband’s lover because the court stated that the law on civil marriages excludes Muslims:

The co-respondent is a Muslim lady who professes the religion of Islam…her application to strike out the...petition against her on the grounds that:

The case was initially heard in the High Court, where the judge told the wife that she could not take any action against her partner’s lover because they were only getting a judicial separation, which isn’t exactly a divorce. A judicial separation basically means that you and your partner are legally separated, but the marriage is still valid.

However, the judge also went on to say that an alleged adulterer who’s Muslim is not barred from being disclosed as a co-respondent (adulterer) in divorce petitions and can be sued for adultery.

But the case didn’t just stop there...it went to a court higher than the High Court.

The court of appeal didn’t find this appealing

The case went all the way up to the Court of Appeal, as there was some confusion on whether or not the wife could sue her husband’s lover. Here’s what the court said: The law under LRA 1976 does not apply to Muslims—regardless of whether or not the non-Muslim couple was getting a divorce or a judicial separation.

The judges technically agreed with the High Court judge, on how the type of separation the couple was getting will make it impossible for the wife to sue her husband’s lover for adultery. However, they disagreed that a Muslim person can be sued for adultery under civil laws. This is simply because the law under Section 3(3) of the LRA 1976 states as such:

“This Act shall not apply to a Muslim or to any person who is married under Islamic law and no marriage of one of the parties which professes the religion of Islam shall be solemnized or registered under this Act;...”

So based on the Section stated above, the judges agreed that the law for civil marriages does not apply to Muslims.

So there may be other laws that will apply on Muslims, when it comes to marriage and divorce. We won’t be covering them here, but you can read about it in the link below:

[READ MORE: 5 ways Muslims can get divorced in Malaysia]