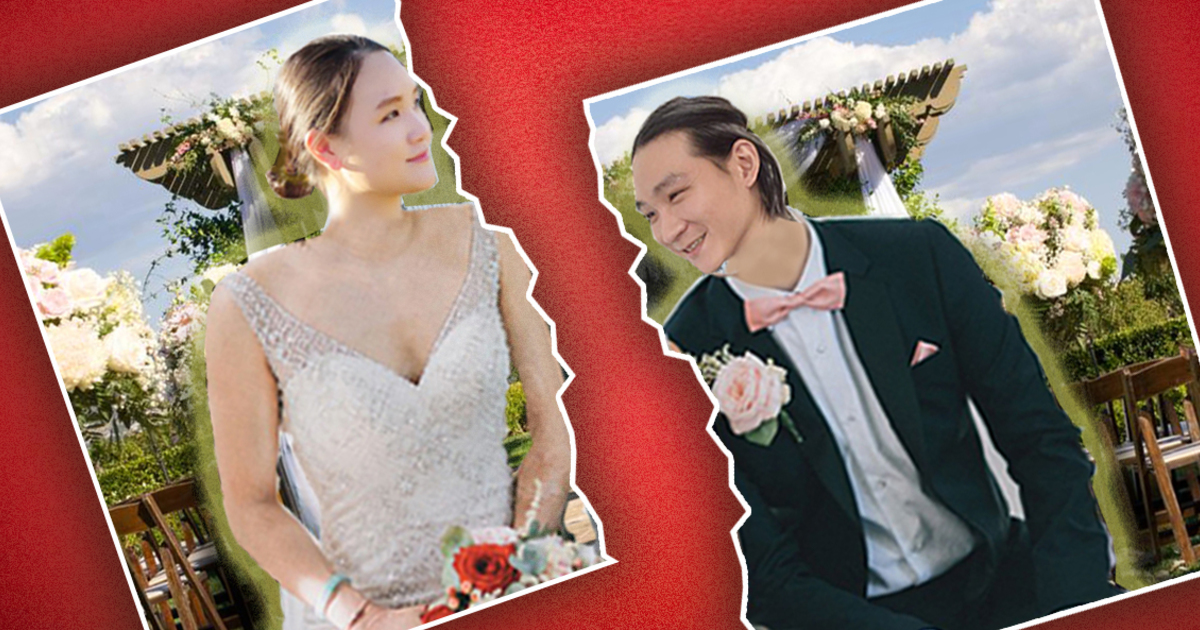 about 4 years ago ZY Ho

Marriage is a precious experience in our life and we would expect it to last forever. Like lots of couples, you and your partner enter into marriage, with the hopes of starting a new happy family. Few years later you have children and you start to invest in your properties. But what if one day you wake up and realize that your marriage is not working out anymore?

Government statistics show that 49,965 divorces were reported in Malaysia in 2017, which means at least five marriages break down every hour. You now thinking of getting a divorce, but because many parts of your life are now shared with your spouse, things can get pretty complicated especially coming to family assets, maintenance, and custody.

So, how does the divorce law in Malaysia work? Below are some common questions that you may ask, but before that, please note that the information provided in this article applies to civil marriages and it does not apply to Islamic marriages. Click here for our article on divorce in Islamic marriages.

Civil (Non-Islamic) marriages in Malaysia is governed by the Law Reform (Marriage and Divorce) Act 1976 (“LRA”). Divorce can be ‘petitioned’ to a family court by either one partner, or both partners in a marriage.

In general, you can only file a divorce petition after 2 years of marriage (Section 50, LRA). The reason of this requirement is to protect sanctity of marriage and to encourage reconciliation between married couple. However, the law allows the courts to consider divorce petitions before the two-year limit if one partner is suffering from “exceptional circumstances or hardship”. For example, verbally quarrels between couples may be seen as a common thing (since all couples argue), but it would fall under exceptional hardship if the quarrels frequently involve one partner physically beating up the other.

There are two types of divorce petitions:

Joint petitions are relatively straightforward because you do not have to prove that the marriage has broken down. The court will allow the divorce as long as both parties agree to divorce and arrangements have been made for maintenance and custody.

However, single divorce petitions can get a little more complicated because you must show that the marriage has “irretrievably broken down” based on one of four grounds:

Not just that, you and your partner will be required to attend marriage counselling in order to determine if divorce is the only solution. If this is the case, you will be given a certificate that allows you to file the divorce petition. You can read more about this in Section 106 of the LRA.

Even the court allows your divorce, the divorce is not final yet.. the court will first grant you a temporary declaration of divorce called “Decree Nisi” which allows you to cancel the divorce before it is final. After 3 months, you can make an application to make the decree absolute, after which you can be considered as “permanently divorced”. 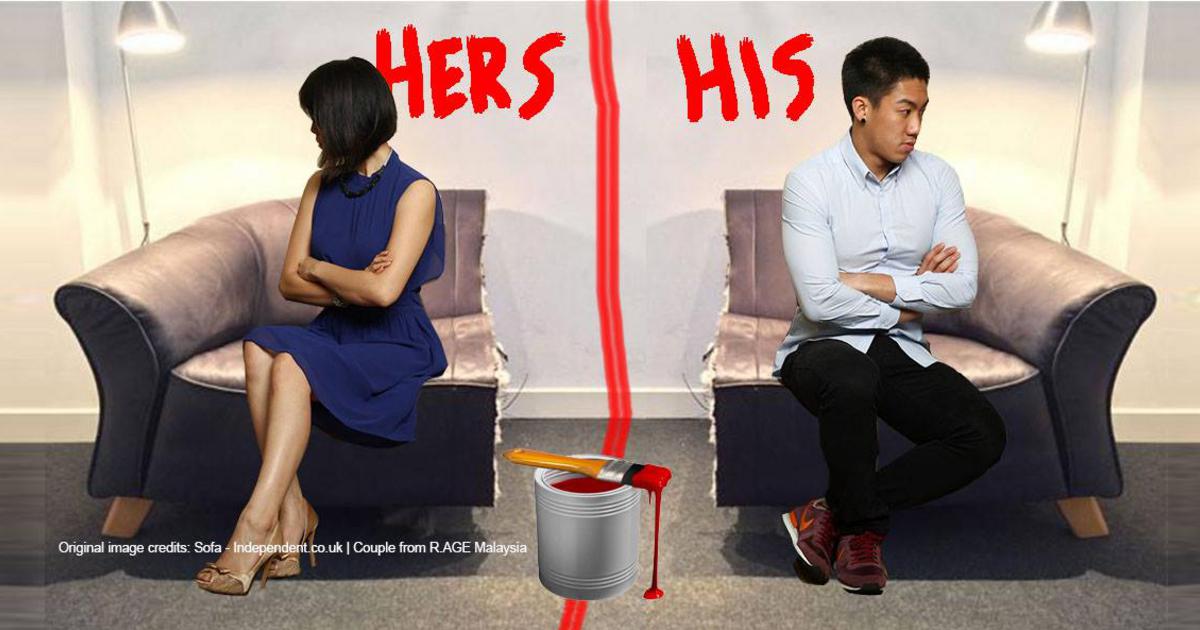 This aspect of divorce can be pretty technical, so we have an article explaining it in further detail here.

Under Section 76 of the LRA, when deciding how the property should be divided, the court will consider the following factors:

But what if the property was bought with your own money or before the marriage? Then it wouldn’t be fair to share that, would it? Great question.

When granting a decree of divorce, the court has the power to order the division of 3 kinds of assets:

There is actually no set rules or formula as to how the court will divide the assets. The court will try to reach a fair and just decision in each case after considering all the factors. However, there are some things you can expect: If it is matrimonial property, the court is likely to lean towards an equal split. But if it is non-matrimonial property, the court may give a much smaller share to your ex-partner, or nothing at all.

Again, more information can be found in our standalone article here:

[READ MORE: , If I divorce in Malaysia, do I automatically get half the property?]

Section 77 of the LRA provides that the court may order a man to pay maintenance to his ex-wife during court proceedings and after the divorce. However, a woman may also be ordered to pay maintenance to her ex-husband ONLY if he is incapable of earning a livelihood by reason of mental/ physical injury or ill health.

In determining the amount of maintenance, the court will consider primarily the earning capacity and financial needs of you and your ex-partner. The court will look at the duration of marriage, age of wife, standard of living of the family, and financial support provided to the wife during the marriage.

For instance, if the wife was a home-maker during the marriage and would have difficulty seeking employment upon divorce, the court will generally make an order of maintenance in favour of the wife. When a wife is employed and has reasonable income, this does not mean that she is not entitled to any maintenance from her ex-husband. The court may grant a reduced amount of maintenance based on her other needs.

The right to maintenance stops if the spouse is living in adultery or if he/ she remarries (section 82,  LRA). The court has wide power to change the maintenance order from time to time upon proof of change of circumstances.

There are also some principles that the court will adopt when deciding child custody:

When making an order for custody, the court may provide the other parent the rights to visit the child. Frequently made orders in relation to access/ visitation are:

5. “Will I need to pay child maintenance?”

Under section 93 of the LRA, The court has the power to ask both father and mother to pay or contribute to the maintenance of the children, although the primary obligation to maintain a child belongs to the father. The mother has a secondary obligation, as the court may only ask her to contribute maintenance if she has enough financial means. The duty of parents is to provide the children with basic necessities such as accommodation, clothing, food and education.

Based on decided cases, the actual monetary amount is assessed based on:

Generally, the order for maintenance ends when the child reaches the age of 18 (section 95, LRA). However, a court may order the father to pay for the child’s tertiary education. In a recent case of Shantini Pillay a/p Narayanasamy Pillay v Kanna Dasan a/l Narianasamy [2018] MLJU 1199, the court ordered the father to pay for his child’s tertiary education but this does not extent to the funding of postgraduate studies.

Divorce proceedings can be very stressful and it is always best to consult a lawyer. No two marriages are the same and each case has to be decided on its own facts. With lawyer’s advice, you will have a better understanding of your position and what options you have in resolving your issues. For example, you may wish to reach a settlement with your spouse rather than battling the issues in an open court, which is likely to be more lengthy and expensive. 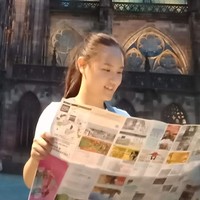