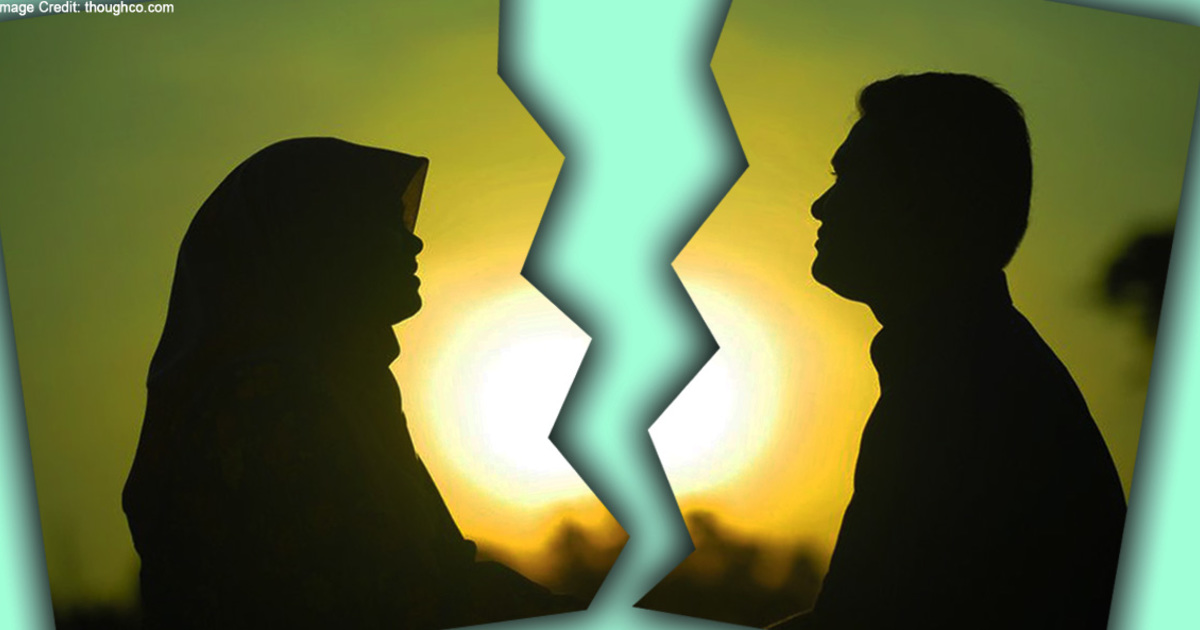 5 ways Muslims can get divorced in Malaysia

Some of you already know that Muslims in Malaysia follow a different law from Non-Muslims when it comes to marriage. Islamic Family Law is provided under Islamic Family Law (Federal Territory) Act 1984 (IFLA), but Islamic law also varies by state in Malaysia, so we focus on the Federal Territories law for this article. But unless you’re already familiar with Islamic law, you probably didn’t know that there are 5 ways for Muslims to get divorced in Malaysia.

Civil law only uses 1 ground for divorce: irretrievable breakdown of marriage. So why are so many ways needed in Islamic law? Because the origins of civil and Islamic law are different, and so the laws use different ways to protect the husband and wife. You can find a list of interesting civil marriage laws we covered here, but let’s get to the Islamic ones for this article.

The most common method of divorce. There are certain procedures to be followed under Section 47 of the IFLA, but basically, the husband says “talaq” to his wife, which roughly translates to “I divorce you”.

If this sounds unfair for the wife, you’ll be happy to hear that if the wife does not consent to the divorce, the Syariah Court will order a conciliation committee to help reconcile the couple under Section 47(5). Only if the couple can’t reconcile, then the Court will recognize the husband’s pronouncement of divorce.

The talaq is a pretty flexible law that allows the couple to get back together under the ruju’ (return to original married state) rule in Section 51. Talaq can happen 2 times and the couple can still get back together, with only the 3rd pronouncement of talaq being a “permanent divorce”. They must get back together within 3 months of the divorce though, which is the period of time Syariah law calls ‘iddah.

There are some technicalities to the ruju’ rule, but it can be understood that both the husband and wife must give their consent to get back together. After the 3rd talaq, the couple cannot re-marry unless the wife has married and divorced another man.

Also known as cerai tebus talaq, this basically involves the wife offering payment to the husband to pronounce talaq and release her from marriage. It’s covered under Section 49 of the IFLA and the payment can be as low as RM1, but the Syariah Court can decide on the amount based on the parties’ means under Section 49(3). This divorce is considered permanent and ruju’ cannot be used to get back together.

You’ll find the meaning of ta’liq under Section 2, which is “a promise expressed by the husband after solemnization of marriage in accordance with Hukum Syara' and the provisions of this Act”.

This kind of divorce is usually used when the husband is not being a good partner to his wife, in essence, when he breaks the promise. The married woman applies to the Syariah Court to get the divorce declared, as stated in Section 50(1):

“A married woman may, if entitled to a divorce in pursuance of the terms of a ta'liq certificate made upon a marriage, apply to the Court to declare that such divorce has taken place.”

Take the case of Aminah lwn Ahmad (1971) 3 JH 81 for example... In the ta’liq, it was stated that divorce will happen if the husband leaves, does not consummate the marriage, or doesn’t give maintenance to his wife for a month without a valid reason. Aminah’s husband deserted her for 3 months without a valid reason. The husband was summoned to Court and there it was decided that the ta’liq took effect - the couple was divorced.

Provided in Section 52 of the IFLA, this ground for divorce is usually requested by women due to the incapability or disability of their husband. The list of reasons a woman can file for fasakh is very long, but in summary it covers the following situations:

The wife has to obtain proof of one or more reasons provided in the law, and then get an order to dissolve the marriage from the Syariah Court.

This type of divorce involves the husband accusing his wife of adultery or denies that the child his wife is pregnant with is his. This is governed under Section 50A and the exact procedure differs by state.

Usually this method of divorce will be used if the husband accuses his wife of adultery but cannot produce 4 credible witnesses. Again, the exact procedure differs from state to state (here is Kelantan’s), but generally this is what happens.

First, the husband has to swear 4 times on the Almighty’s name that his wife has committed adultery, and then swears one more time that if he is lying, he will receive the Almighty’s wrath (laknat).

Then the wife also swears 4 times in return on Almighty’s name that she did not commit adultery. And she’ll swear that she will receive Almighty’s wrath if her husband’s accusation is true.

This type of divorce is also one of the permanent ones (like after the 3rd talaq), but the husband and wife can never re-marry each other ever again.

If you need to file a divorce, get a good Syariah lawyer

We’re basing this on the information we have from the Federal Territories Act, but remember that the exact laws differ from state to state, and this is just a very basic view into Islamic family law.

We hope this article is just a background and the 5 ways are just for your general knowledge. If you ever end up needing to file a divorce though, find a good Syariah lawyer to advance your case. If you don’t know where to start, Sisters in Islam (SIS) have a legal advice service for Muslims who want to know more about their rights.