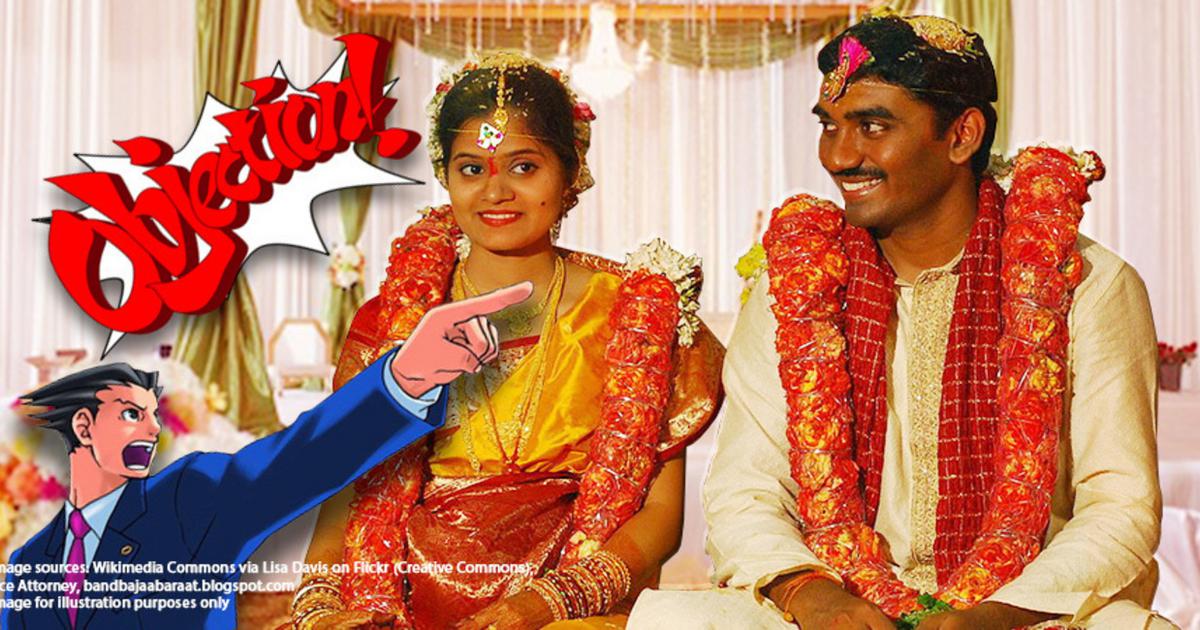 Marriage seems straightforward. In civil law, minus the ceremony of your religion or custom, all you need in law is a valid registration with the Registrar of Marriages and adhere to the requirements in the Law Reform (Marriage and Divorce) Act 1976.

Marriage is a legal contract, with its own particulars, rights and responsibilities attached. In olden times, marriage was a union mainly for economic purposes; having security for each other, the children, and inheritance. Being married to someone you love? That was a bonus.

In modern times, whatever your view on marriage, it still protects those economic purposes through the law. One of these being inheritance laws which protect parents, spouses, and children when a family member dies. Some other protections have since been developed in the law, many of them not widely known. AskLegal went digging and found some interesting civil marriage laws which you'll probably never use, outside very specific situations. (Only for Non-Muslims, Muslims have a separate set of laws they follow!)

1. In court, adultery must be proven beyond reasonable doubt

“True, it is not a criminal offence; … Whatever the popular view may be, it remains true to say that in the eyes of the law the commission of adultery is serious matrimonial offence. It follows, in my view, that a high standard of proof is required…”

To prove adultery in Malaysia, the offending spouse must be proven to have had penetrative sex with another person. In the case of Shanmugam v Pitchamany & Anor [1976] 2 MLJ 222, Malaysian law requires the standard of “beyond reasonable doubt”, but this doesn’t mean you actually need to stalk your unfaithful lover and catch them on camera in the act. The judge explained that because adulterers are rarely caught in the act, there just needs to be sufficient circumstantial evidence to infer that adultery has taken place.

2. A marriage can be cancelled by one partner if the couple doesn’t have sex

In marriage law, there’s a concept of “voidable marriage”. These are marriages that can be “avoided” in law if one partner wishes it, but otherwise can continue without incident. According to Section 70 of the Law Reform (Marriage and Divorce) Act 1976, your marriage is voidable if:

1. Your partner is unable to have intercourse with you after marriage (consummation)

2. One of you has refused to consummate the marriage

3. One of you was forced into the marriage or your consent to marry was not properly given

4. One of you had a mental disorder when you got married

5. One of you had a sexually transmitted disease when you got married

6. The woman was pregnant with another man’s child when you got married

Refusal to consummate a marriage is not strictly restricted to not having sex. It has been used because a husband was deliberately avoiding the customary wedding ceremony after registering their marriage. In Tan Siew Choon v Tan Kai Ho [1973] 2 MLJ 9, the couple agreed that there would be a Chinese customary wedding ceremony after their marriage registration, and they understood between each other that they would not live together or have sexual intercourse until after the rites. The husband delayed arranging the ceremony and kept quiet when the wife asked him to. The court treated this as willfully refusing to follow through and cancelled their marriage.

3. It’s still legal for Non-Muslims to have more than one wife - if you married before 1982 Polygamy among Non-Muslims is generally no longer legally accepted in Malaysia, however, not so long ago, it was common practice. After the Law Reform (Marriage and Divorce) Act 1976 was passed which outlaws polygamy in Sections 5, 6, and 7, what gives is that Section 4(1) allows the continued existence of polygamous marriages that took place before 1 March 1982. This is as long the marriage was valid according to the laws and customs it was solemnized under.

However, the same Act still forbids those who are already polygamous from taking on any more spouses. Section 5(1) explains that:

Every person who on the appointed date is lawfully married under any law, religion, custom or usage to one or more spouses shall be incapable, during the continuance of such marriage or marriages, of contracting a valid marriage under any law, religion, custom or usage with any other person, whether the first mentioned marriage or the purported second mentioned marriage is contracted within Malaysia or outside Malaysia.

In the case of Re the estate of Choo Eng Choon, deceased; Choo Ang Chee v Neo Chan Neo, Mah Inm Neo and Neo Soo Neo (1908), the Supreme Court had to decide whether the multiple marriages of the wives to their late husband were valid. The Court decided that the marriages were legal, so long that there was evidence the marriages were carried out validly according to Chinese custom before 1 March 1982. 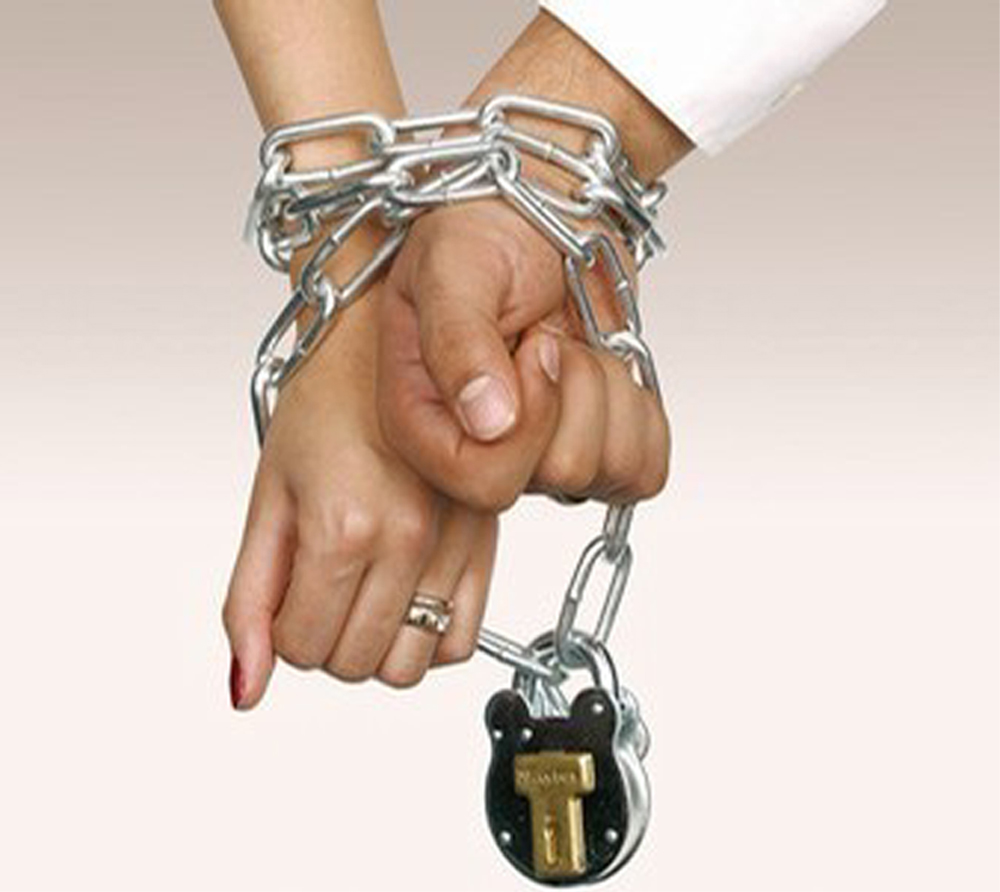 You may be familiar with those of age (above 18) but below the age of majority (age 21) needing parental consent to get married. This is indeed provided for in Section 12(1) of the Legal Reform (Marriage and Divorce) Act 1976. It states that:

"A person who has not completed his or her twenty-first year shall, … before marrying, to obtain the consent in writing—

(b) if the person is illegitimate or his or her father is dead, of his or her mother;

(d) if both his or her parents (natural or adopted) are dead, of the person standing in loco parentis to him or her before he or she attains that age,

but in any other case no consent shall be required."

The nervousness when meeting the parents for the first time is also familiar to many. While a family’s approval to marriage are private matters the law prefers not to pry into, it is illegal to force someone to marry a particular person, or to stop an adult from marrying. As according to Section 37 of the Legal Reform (Marriage and Divorce) Act 1976:

"Any person who uses any force or threat—

(a) to compel a person to marry against his will; or

(b) to prevent a person who has attained the age of twenty-one years from contracting a valid marriage,

Marriage squabbles are something individuals are left to settle privately, but if it comes to someone restricting and controlling someone else’s freedom to choose and marry. This is where Big Brother Law steps in and says “NO”.

5. You can object to someone's marriage by notifying the Registrar of Marriages

This is can be pretty technical, but the simplest (though not the most accurate) way to see it as a temporary ban on the person from marrying.

Say you’re the parent of a rebellious child under 21 who has decided to get married without your consent. To get married, they would file a notice of marriage with the Registrar of Marriages, while ignoring their need for your consent. If that happens, you can enter a caveat (a legal notice to warn or explain) against the marriage under Section 19 of the of the Legal Reform (Marriage and Divorce) Act 1976 by paying a small fee to the Registrar, and filing your grounds for objecting to the marriage.

In such situations where a marriage is objectionable, under Section 20(1), a marriage certificate will not be issued unless you withdraw the caveat or the Registrar does not find that your reason should obstruct the marriage:

(a) after enquiring into the matter of the said objection, he is satisfied that it ought not to prevent the issue of such certificate for the marriage; or

(b) the caveat is withdrawn by the person who entered it:

Provided that in cases of doubt it shall be lawful for the Registrar to refer the matter of any such caveat to the High Court which shall decide upon the same.

If stopped from marrying, the person named in the caveat can appeal to the High Court.

Only file strong reasons for objection; if it is found that your ground for objection is frivolous or without proof, you will be liable to compensate them for all costs incurred. Caveats are not something your psycho-ex can use to stop your marriage because “I still love her” or some other strange reason. In Section 39, if you’re found guilty of making false accusations, or pretending to be someone whose consent is needed for the marriage, you can jailed for up to 3 years or fined up to RM3000!

Hopefully you won't need to use any of these laws


Marriage may take place between two people, but our private lives involve complex relationships which the law needs to consider. Be it a spouse wrongly accused of adultery, a polygamous trio who obeyed their cultural marriage laws before 1982, or disapproving parents who are looking out for their kid. There's a right in law for everyone in the family, and knowing them just might prevent a problem one day.