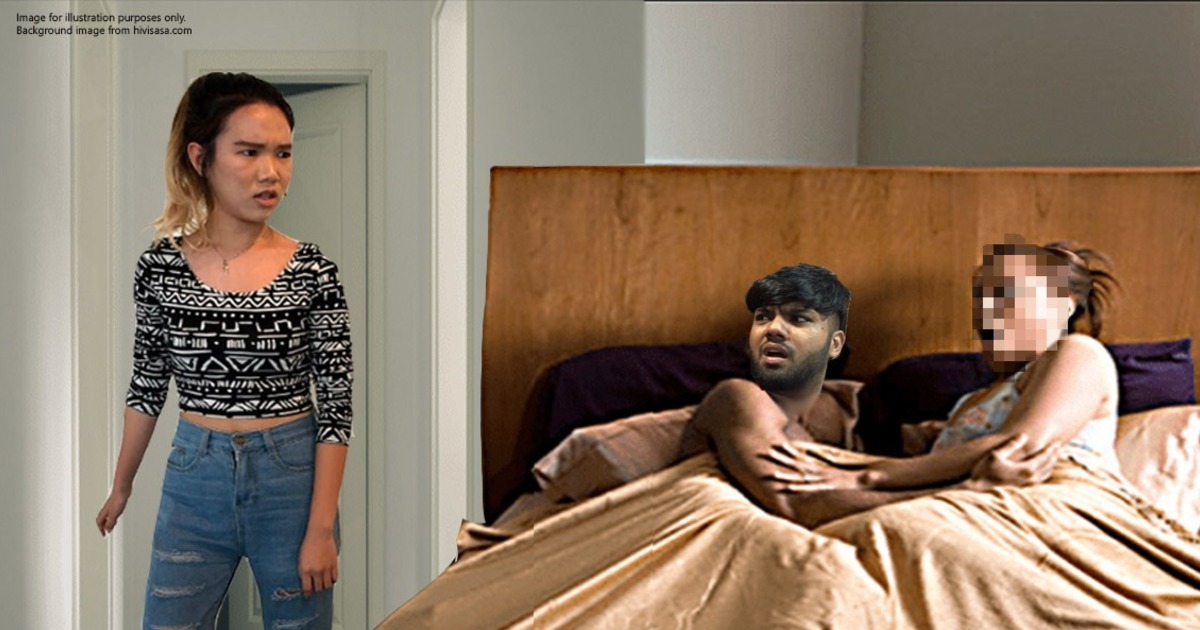 Malaysian women CAN sue their husband's mistress for ruining the marriage

Imagine this: You come home after a tiring day from work, take off your heels and walk towards the living room. Inside, you hear your husband of 10 years giggling and talking to someone on the phone – in a rather flirty manner. You even hear him call the other person “baby” (you’re pretty sure he doesn’t call his mother that).

You decide to interrogate him but he says it’s just a friend whom he’s meeting for lunch tomorrow. Well,there’s nothing wrong with meeting friends, but you feel something wrong inside; you can’t help but have your doubts about it. So, you decide to follow (stalk) him and to your shock, you see him at a restaurant holding hands and kissing...another woman!

As much as you want to cry for 3 days straight, you muster enough courage to make an appointment with a lawyer – because you can’t live with that lying, cheating, unfaithful husband of yours anymore. You also can’t help but wonder if you can get back at that good-for-nothing woman by sending her to jail for ruining your happily ever after.

Here’s where your lawyer gives you two pieces of advice:

1. You can initiate divorce proceedings against your husband for committing adultery.

2. You cannot charge his lover for seducing your husband and sending her to jail.

You’re okay with his first advice, but does this mean his lover is going to get away with what she has done?

You can’t charge her, but you can sue her 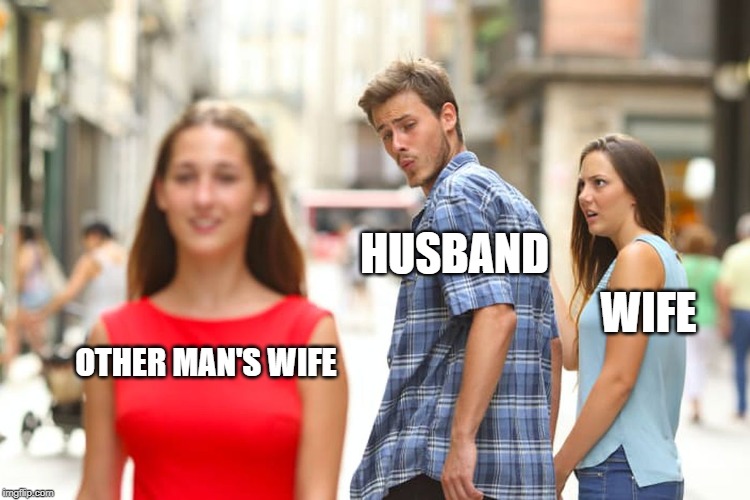 As much as you would want to see the adulteress (your husband’s lover) in jail, this might not be possible as the law does not charge women for seducing someone else’s husband. You might also be surprised to know that it’s only a crime if a man seduces a married woman for cheating on her spouse.

This is explained under Section 498 of the Penal Code as follows:

“Whoever takes or entices away any woman...to be the wife of any other man...with intent that she may have illicit intercourse with any person...shall be punished with imprisonment for a term which may extend to two years or with fine or with both.”

Basically, the Act states that a man whom the wife of another man cheats with, would be charged with a crime for seducing her. This offence carries a 2 year jail sentence, a fine or both.

For further clarification, we spoke to Choo Dee Wei, a lawyer from Messrs Dee, Netto, Fatimah & Ng. Here’s what he had to say:

“From the wordings of Section 498 it would appear that it is an offence (only) for the man. The penal code isn't so much confined to adultery. It would seem wider as it is enticing (seducing)” – Choo Dee Wei to AskLegal.

In other words, you can’t send your husband’s lover to jail for seducing him, BUT you can sue her for adultery under a different law...

Make her pay for it

Here’s something you should know – you can only sue your husband’s lover after you’ve established a case against him first. Once that’s done, you can make a petition against her in the civil court. This is stated under Section 58(1) of the Law Reform (Marriage and Divorce) Act 1976 (“LRA”) as follows:

“On a petition for divorce in which adultery is alleged...the party shall make the alleged adulterer or adulteress a co-respondent, unless excused by the court on special grounds from doing so.”

His lover is referred to as a co-respondent under the Act, in the event of adultery. Once the court thinks there is sufficient evidence against her, she can be sued for damages (monetary claims) –  if the court thinks it’s fit to do so.

And as we mentioned earlier, there is one important thing you should do before suing the homewrecker…

You need to file for a divorce against your husband

There are 4 grounds for divorce in Malaysia, and one of it is adultery. Under a Malaysian case law, adultery is defined as voluntary sexual intercourse between a married person and a person of the opposite sex, where either person is married.

But before you throw your husband’s things out, take note that you have to prove beyond reasonable doubt (evidence beyond mere suspicion) that adultery has been committed by your partner with someone other than his/her spouse (a.k.a you).

However, proving this can be problematic, because it’s rarely that convenient to catch your spouse in bed with another person. So, the courts rely on something called circumstantial evidence to conclude that adultery has taken place.

But do take note, that the law on adultery isn’t limited only to husbands being sued. If the wife is caught cheating, her husband can sue her in court as well. To get an idea, here’s a non-exhaustive list of the type of evidences that the court would look at when a claim of adultery is being made:

1. Pictures of the husband and his lover spending their time together
2. The birth of a child where the husband had no access to the wife during possible period of conception (in situations where the husband alleges adultery against his wife)
3. Contracting STD’s from the extra-marital affair
4. Proof of receipts or luxurious gifts presented by the cheating spouse to his/her lover
5. Birth of an illegitimate child to the husband’s lover

[READ MORE: To get a divorce in Malaysia, you need to prove at least 1 of 4 things…]

You can sue both ways, but charge one way

Now before you start arguing about equal rights, you’ll be happy to know that there have been calls for Section 498 to include both men and women for enticement. This controversial law has sparked many debates on whether its fair and equal to everyone.

Perhaps, we’ll just have to wait and see if the Parliament repeals or amends the law for seducing a married woman. But for now, your only option would be to sue your husband’s lover – or pelt eggs on her car (this is still a crime, don’t actually do it).

[READ MORE: In Malaysia, a woman can't get charged for adultery...here's why]