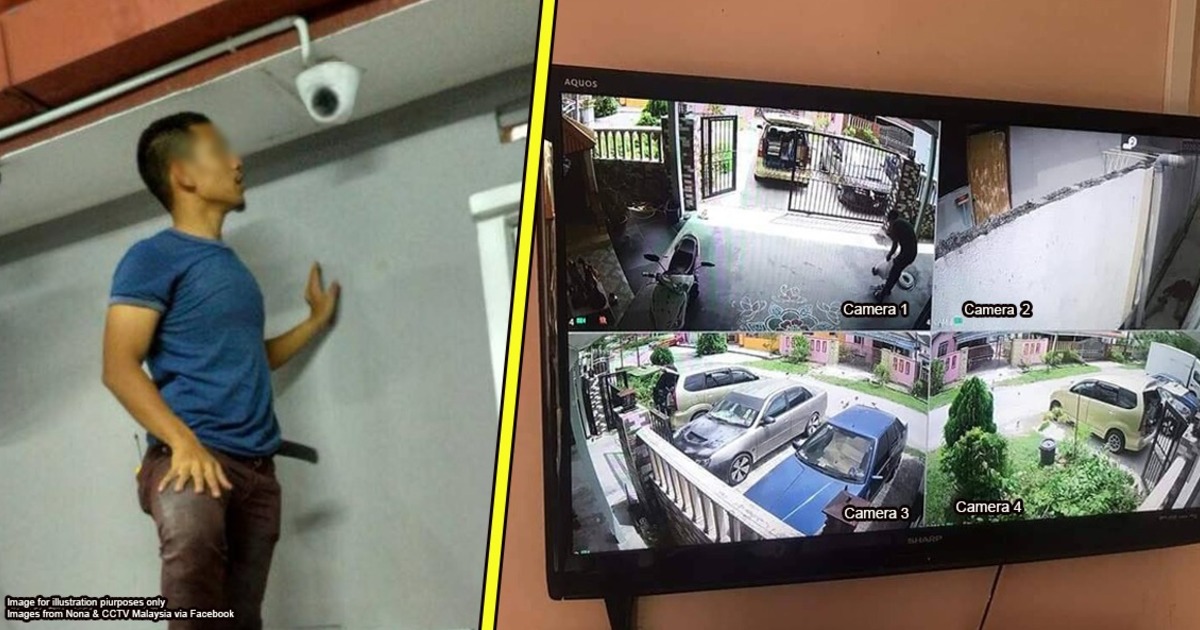 If you go to just about any public place, you would easily find surveillance cameras, better known as CCTVs, around. In fact, many homes also have cameras in their compounds for safety reasons. Having cameras on your property can be good thing, as it allows you to monitor your surroundings and look out for any suspicious activities. If something untoward like a robbery happened, it would be easier to identify the person who did it.

But as good as cameras may be for us, they can also be seen as a threat to privacy—especially because they involve recording other people. Now, you may have not considered this before, but you can actually get in trouble for having a CCTV on your property, if it invades another person’s privacy, In fact, someone did sue his neighbour for having a CCTV outside his home.

Before we tell you that story, let’s briefly look at privacy laws in Malaysia...and how they don’t really exist.

We’ve written several articles on this and how it can apply to various circumstances, and you can read some of them here:

[READ MORE: Can you legally stop someone from taking photos of you in Malaysia?]

[READ MORE: What can someone do with your name, MyKad number, address and phone number?]

[READ MORE: Malaysia introduced 4 apps during MCO, but how safe is your data when you use it?]

But while there aren’t any specific laws for privacy, it doesn’t mean that you absolutely don’t have the right to privacy in Malaysia. In fact, there are other laws which can give you some right to having privacy. For example, the Personal Data Protection Act 2010 prohibits businesses and companies from sharing their customers’ details with third parties (we’ll explain in detail below). Another law that protects privacy is the tort (offence) of private nuisance. Private nuisance is when someone in the neighbourhood does something to ruin your peace, that you don’t feel comfortable living on your property anymore. So under this tort, homeowners can sue a neighbour if that neighbour is well, being a nuisance.

Coming back to CCTVs, having one may actually infringe on the privacy of your neighbour and this can amount to private nuisance. This is actually what happened in the case of of Lew Cher Phow & Ors v Pua Yong Yong & Anor [2011], where...

He sued his neighbour for having a CCTV

So, this case involved two families in Johor whose homes were right next to each other. The neighbours, Lew and Pua were said to have had a lot of problems between one another, so they didn’t didn’t really communicate. At some point, Pua installed several cameras all around the house, and one of the cameras directly pointed at Lew’s house.

In 2009, Lew asked the court to give an injunction to Pua. An injunction is to stop a person from doing something, so if it was issued, Pua would have had to stop using that particular camera. At that point, the court dismissed the injunction, saying that the right to privacy was not recognised in Malaysia.

But the case eventually went to trial in 2011, and Lew insisted that their privacy was breached because of the camera that had them under surveillance 24 hours, 7 days a week. He said that because of that camera:

He mentioned that they had also made two police reports, but the neighbour had still not removed the cameras. So for all the inconvenience, he was asking Pua to pay him RM500,000 as compensation.

The judge in the case said that there was no proof that Lew and his family had suffered so greatly due to Pua’s CCTV. Their claims of suffering health problems and trauma were not strong enough. However, the judge did say that the camera WAS an invasion of privacy, especially because it pointed directly at and into their house, and the neighbours could watch them 24x7. He was convinced that the camera was deliberately put there to spy on them because the families had problems with each other. He also said:

“The fact that the right to privacy has not been specifically provided for does not preclude a Court of law from holding that such a right exists. Privacy is recognised a fundamental human right internationally.”

So, while the court did not grant them the RM500,000 compensation, Pua was ordered to remove the camera and also banned from installing any more cameras in that direction again.

READ MORE: [5 annoying things your Malaysian neighbours do that you can sue them for]

But what about cameras in public spaces?

The judge in the case above actually made a distinction between private and public/semi-private spaces such as malls. He said:

In a semi-private setting such as a shopping mall, a member of the public gives up his claim not to be surveilled in return for increased security whilst in that location. In that sense, there is, at least an element of individual choice.

In other words, those who visit public spaces would be aware that while they are being recorded, this is done for their own security. But on a private property such as a home, the neighbour’s camera that is pointed to their home would be watching them at all times and they can’t escape this...unless they move away.

So, you can’t sue a business under private nuisance for having CCTVs on their premises. But while it may be easier for businesses to have cameras for security purposes, the law says that while they can record you, they can’t share the recordings around. Even if you’re suspected of shoplifting in their premises, they can’t just put up your face on social media. If a crime has happened, they’re supposed to make a police report first. As PDRM is usually the one to go through the camera footage, it’s best for business owners to get the green light from them to share it publicly.

We mentioned earlier that under the Personal Data Protection Act 2010, businesses/companies are not allowed to share any of their customers data with those outside the business. Section 4 of the Act is pretty long, but basically, it says that ‘data’ covers anything from your name to your billing details, and it can even cover CCTV recordings of you. This was mentioned in 2019 by the then Deputy Communications and Multimedia Minister, Dato’ Eddin Syazlee Shith who said:

“Any video recording, including from closed-circuit television (CCTV) cameras in public or private areas, is subjected to the Personal Data Protection Act”

However, this only applies to businesses that are registered with the Department of Personal Data Protection. A business that is registered with this department and still publicly shares CCTV recordings of customers would be committing an offence, which can get them heavily fined or even jailed.