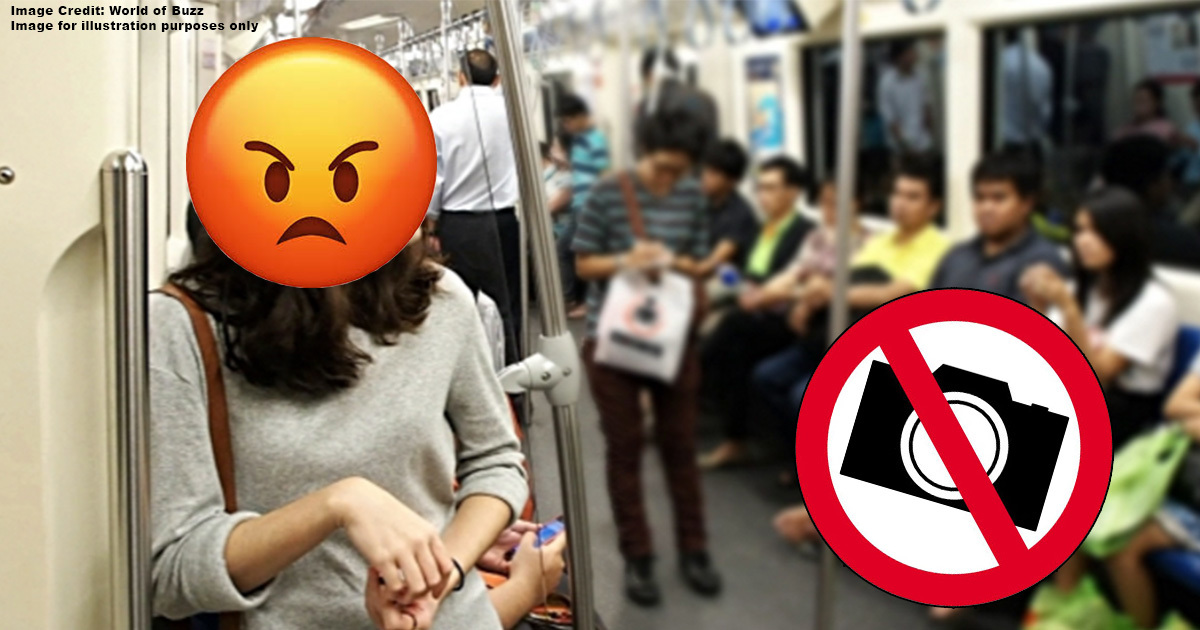 Can you legally stop someone from taking photos of you in Malaysia?

You’re probably no stranger to people whipping out their phones to take a picture or video whenever something “interesting” happens in Malaysia. Whether it’s a case of road rage, an angry customer who took it too far, or even a case of stealing ideas for a marketing campaign, these incidents almost always go up on social media and sometimes go viral as well.

[READ MORE - Is it illegal to steal ideas in Malaysia?]

While in the above situations, there’s usually an intention to blame and shame, we also innocently take pictures of other people from time to time. Usually it’s for candid photography of random people in the street, or the people involved just happened to be in the background of our photo. So is there anything legally wrong with taking a picture of someone without their knowledge?

No, not in Malaysia anyway.

There are no laws against taking photos in public

In public, you’re probably in the clear to take any pictures or videos you want because we don’t have any laws prohibiting people from using a camera in public places. This is excluding any pictures that may be humiliating or insulting to others as you can be caught under Section 509 of the Penal Code.

Penal Code - Section 509 - Word of gesture intended to insult the modesty of a person
“Whoever, intending to insult the modesty of any person, utters any word, makes any sound or gesture, or exhibits any object, intending that such word or sound shall be heard, or that such gesture or object shall be seen by such person, or intrudes upon the privacy of such person, shall be punished with imprisonment for a term which may extend to five years, or with fine, or with both.”

An example of a person found guilty under this law was one Mohd Tahir Osman back in 2009, who photographed a lady while she was urinating. The victim later sued Osman as well and was successful; her claim was allowed because of her trauma and humiliation. But her case does not state whether you have the right to sue someone for an invasion of your privacy (according to the judge in Toh See Wei v Teddric Jon Mohr & Anor).

This means that while Malaysian law recognizes our right to privacy, suing for an invasion of privacy is a bit more difficult because it usually requires an extra element like humiliation, harassment, or damage to someone’s reputation for action to be taken.

For example, you can probably take a nosy paparazzi to court for harassment if they’re following you around and taking pictures of you; but if they’re not publishing your photos to raise a scandal or using them in some questionable way, you have no way to control how they use the photos taken.

Unfortunately, all this means that when you appear in public, you automatically consent to be seen by other people, and you therefore cannot stop anyone from taking photos or videos of you. If you still don’t want to be photographed, you can still hide your face of course. But don’t attack any photographers or demand that they delete your pictures. Depending on how far you take it, this can get you sued, or worse – arrested.

[READ MORE - What can we do about peeping toms in Malaysia?]

What about “no photo” signs? Must we obey them?

You’ll see these signs here and there saying something along the lines of “no photography” or “no photo please”. Usually found in zoos and museums, some shops also sport these signs outside their premises. We generally consider it discourteous to take pictures where photography has been prohibited by the owners, but are the signs enforceable by law (and we therefore have to follow them)?

It really depends on how you do it. If photography is prohibited by the premises, you can still take photos of the place from outside - no one can stop you. But, if you take the photos after entering the premises, the staff have every right to ask you to leave, and even kick you out if you refuse to comply.

This is because zoos, museums, cinemas, and any other place which puts up a “no photo” sign are all private property. You’re not allowed to enter without the permission of the owner, and the owner has the right to impose conditions for you to enter the place. Break the rules and they have the right to remove you from the property. Think of it like the set of house rules you need to follow when you visit a friend - start prying into their cabinets and they might not want to have you over again.

[READ MORE - You can sue people for trespassing on your home, but does that include AirAsia flying over your house?]

If you’re in the photo, do you own it?

In modern times, the person who made arrangements to have a photo taken is considered the owner, and therefore owns the copyright to it. In practice, this can mean that the photographer, the owner of the camera, or even the photo subject may not be the owner of the photo. Here are a few examples to illustrate.

Ah Zai takes a picture of himself for social media. He is the owner of this photo.

Ah Zai takes a picture of his best friends as a memory. He is also the owner of this photo.

So no, you don’t own the photo just because you are in it. However, if you were modelling for a photoshoot, you can choose to include certain conditions for how your photos can be used in your contract. As an example, the contract can actually specify that your photos can only be used in the promotional material for company M’s campaign from April to June. Company M then cannot use it for anything else or after that period of time, and no one other than company M is allowed to use it either.

Other countries may have different rules from Malaysia

In summary, the general rule is that anyone can take pictures freely in public, though you might be subject to restrictions by the owners when entering private property. How you use the photos might be limited by criminal laws as well as any contracts you might have signed for the taking of the photos.

There are laws for how people can use the photos taken afterwards (especially if they get up to no good), but don’t go snatching people’s cameras away even if they were not supposed to take pictures. Doing so can be considered battery or even conversion (you can be sued for this).

Also consider that taking pictures to shame others on social media can invoke both the tort and crime of defamation, and could land you in trouble. If you plan on putting such a post up, you might want to give our article a read to find out what you can and cannot say. Make a report to the authorities instead if a you think a crime might have been committed.

That being said, these are only the rules in Malaysia, and other countries may have different rules and cultural norms when it comes to public photography. It’s best to pay attention to the practices overseas to avoid unwanted trouble. The Star has published a photography etiquette guide here if you’d like to know more about the norms overseas.