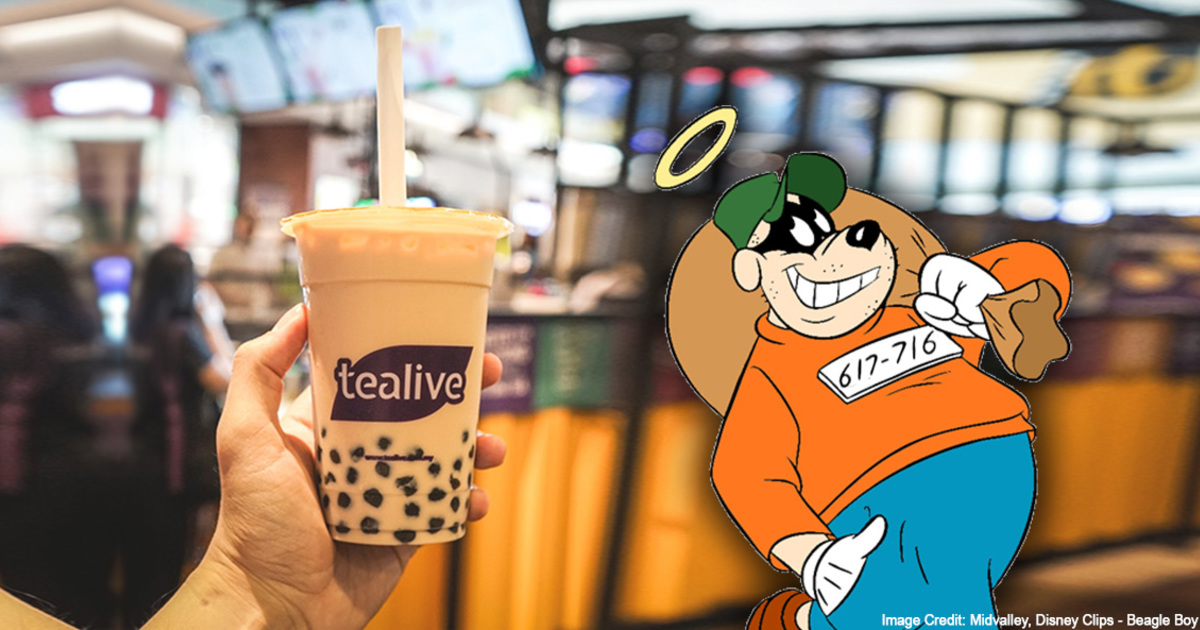 Is it illegal to steal ideas in Malaysia? Here's 5 laws about copying that you didn’t know

Imagine having a brilliant idea one day for a product, a book, or even a business. You’re beyond excited about it, so you share the idea with your friends over a meal. A few days later, you find out that one friend started using your idea as his own...

You’ve probably come across this scenario in some form before. In fact, it’s exactly what happened to one Facebook user, Nabila Jalil, who posted about an incident where Tealive had taken a tagline she created and used it for their marketing - allegedly without her permission. Netizens are up in arms about it, and many are asking to boycott the store for supposedly stealing Nabila’s hard work.

This kind of incident brings to memory a lot of common sayings about Malaysian copyright laws:

But how true are they?

Let’s start off with the example above. An idea thief doesn’t exactly perform miracles for people, but have they actually done anything illegal? It’s a no, because…

Imagine getting sued for having the same idea as someone else for your house decorations. It would be ridiculous, which is why not everything is copyrightable by law. Ideas are not protected by copyright because of Section 7(3)(b) of our Copyright Act 1987:

“(3) A literary, musical or artistic work shall not be eligible for copyright unless—
(b) the work has been written down, recorded or otherwise reduced to material form.”

It’s not just ideas that can’t be protected, only certain types of work qualify for copyright protection. Under Section 7 of our Copyright Act 1987, only the following are eligible for copyright:

“Literary work”, “musical work”, and “artistic work” actually have specific definitions that you can find in Section 3 of the Copyright Act. It’s a long section of definitions so you may have to use Ctrl + F to find what you want.

You’ll find that most music and art will qualify for copyright (no matter how good or bad they are), but writing in particular has a few exceptions. For example, a cook can’t copyright a list of ingredients, but the written recipe complete with the instructions can be copyrighted. Titles of works, names of products and businesses, catch phrases, mottos, slogans, and the like are also not recognized as “literary works” by law. So while it’s unethical for your friend to take credit for your genius marketing slogan, they technically haven't broken any laws.

2. Copying is illegal even if you credit the original

Rumour has it that it’s okay to copy a part of someone else’s work as long as you credit the original. This is sometimes correct, but as with many rumours, it’s only half the story.

The most straightforward situation where you can use someone else’s work is when they have given you permission to do so. Some people are willing to let you use their work as long as you credit them, but you normally need to have a license agreement which pays the creator for their work, especially when you’re using the work commercially.

There are certain situations called “fair use” where it’s okay to use another person’s work - usually when a small part is being referred to. These provisions are under Section 13(2) of the Copyright Act and include:

People don’t usually mind you using parts of their work if you aren’t taking advantage of them, and have credited them. Fair use is a type of copying that is justifiable under law, but what if you’re copying just a bit of someone’s work for inspiration?

If you’re a graphic artist, you’ve probably heard the myth that it’s okay to copy 10%, and make the other 90% your own work. This usually comes with a whole story about how nothing in this world is really original. But is this true?

Yes, and no. It’s true that as long as your work is original enough, it will be given its own copyright. This is enshrined in Section 7(3)(a) of the Copyright Act 1987.

Section 7(3)(b) - Copyright Act 1987
“(3) A literary, musical or artistic work shall not be eligible for copyright unless—
(b) sufficient effort has been expended to make the work original in character…”

As long as your work is deemed original enough - that you’ve put enough of your own character into it, then it’s okay to copy that 10%. However, there’s a long standing legal debate on what this “10%” actually is that makes copyright law very confusing for writers, artists, architects, musicians, and pretty much anyone who wants to produce something of their own.

This leads to people having different opinions about whether a piece of work has been copied from someone else or not. Most of the time though, we won’t really see how it plays out in the end because the sight of a lawyer letter is enough to scare most people into taking their work down. It’s one of the biggest problems with copyright law that we’re stuck with for now.

Whether it’s fan fiction, art, or even pieces of clothing that your favourite characters wear, making these items itself is technically against copyright law. The original creators of the work have the right to stop you, and even sue you if you’re selling your fan art - if they want to.

Creating fan art is a contravention of the original creator’s right to produce, publish, and exploit their creation commercially (Section 13 of the Copyright Act). While this may be the case, a lot of creators don’t mind their fans producing fan art, as long as fan art does not compete with them. This is where the myth “it’s okay as long as you’re not making money from it” comes from - it’s still illegal, but creators like Marvel have better things to do than sue you for one drawing of Iron Man that you keep in your room. Though it’s quite a different story if you print a hundred copies to sell.

For example, it would make J.K. Rowling look really bad if she sues every single person who shows their love for Harry Potter through writing a short story or dressed up as a Hogwarts student. Why would you sue your biggest fans for giving you free marketing?

But the creators of the Harry Potter Lexicon - a fan-made online encyclopedia, took things too far when they decided to publish and sell a printed version of their website. This put them in direct competition with J.K. Rowling, so even though she was fully supportive of the site before that, she sued them and won.

Some people cross the line with fan art laws though – creators like Anne Rice aggressively shut down fan works, and some fans also sell their work commercially or even claim it as their own after changing a few things. While a lot of people sell their fan art especially at conventions, it’s still illegal and the risk of getting sued is always there. For a more detailed background on fan art laws, check out this article by KiRAWRa on DeviantArt.

5. You CAN sell what you make from recipes and manuals

While in most cases above, copying will get you in trouble with the law, if you’re just following a recipe or manual then it’s perfectly legal to copy and even sell what you make. For example, you can follow Gordon Ramsay’s recipe for making pasta, and even use it for your restaurant, without needing to pay him. Section 13A of the Copyright Act provides that if there’s a “design document” (basically a manual you follow to create something) that is copyrighted, making something by following it is perfectly legal - provided it’s not an artistic work (like a painting or statue) or a typeface (a design for how words look like).

This also falls in line with another rule of copyright - that ideas, procedures, or a method of operation all cannot be copyrighted. We get this rule from Section 7(2A) of the Copyright Act. So following the example above, Gordon Ramsay can’t copyright his pasta recipe, but the recipe that he wrote down can be copyrighted. While that may be a little confusing, this basically means that making his version of pasta is legal, but you can’t write down his pasta recipe and call it your own.

If you need to verify a law, do some research or check with a lawyer

Legal myths are sometimes born from simplified explanations that get changed and lost in translation. If you have a project that involves a certain area of law,  it pays to check your facts beforehand. The court judges will not take “I didn’t know” for an excuse if someone really drags you to court.

As for copying and copyright, remember that while there might be no legal action taken, if a copyright owner really wants to stop you or sue you, they have the full right and power to do so. While a fan dressing up as a Disney character may not get sued in court, it’s an entirely different story if an event company sends Disney-costumed entertainers to a kid’s birthday party. When looking for a lawyer to consult, you may want to look for a law firm that specializes in Intellectual Property – they’ll be better able to help you out with any copyright queries.