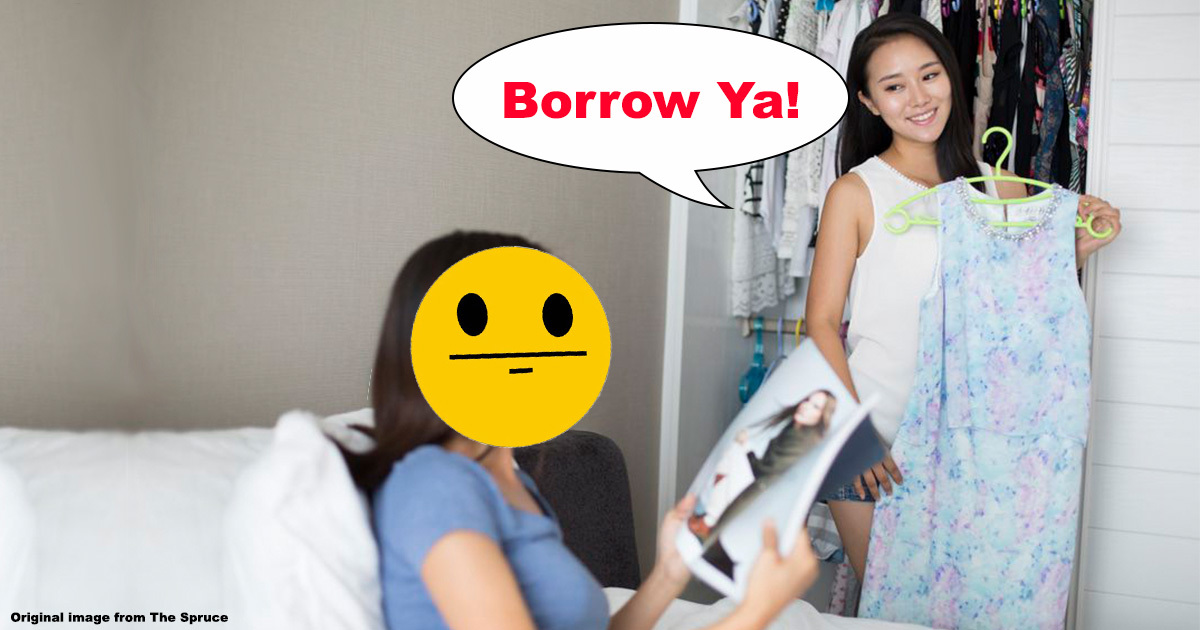 Ever lent a friend something but never got it back? Malaysia has a law for that

Have you’ve ever had a friend borrow something from you, and then never return it? Hopefully, the thing went missing, and your friend didn’t sneakily sell it to someone else - that would be quite the betrayal. It feels like your stuff was stolen, but your friend didn’t exactly rob you either. So legally speaking, what happened here?

This kind of scenario is usually a small issue where a friend didn’t return a book, or forgot about your tupperware they were using some time ago. But as trivial as it is, you might be surprised to learn that there are old laws that cover this type of scenario. It’s called “conversion”, and can cover anything from your missing copy of Harry Potter, to an apartment you and your family bought together.

“Conversion” is like saying a public road belongs to your grandfather

You’ve probably heard the expression “you think this is your grandfather’s road?” directed at people who drive recklessly. “Conversion” is basically that - treating something that’s not yours as if it’s your own. It’s recognized as a tort (basically means “wrongdoing”, and you can sue for it) in Malaysia through the case of Tay Kian Hock v Kewangan Bersatu Bhd.

There are 3 components required to prove conversion has taken place.

We’d give you the legal quote that explains a conversion but it’s a bit difficult to understand (look for paragraph 20). There are many things that only you as the owner are allowed to do to your belongings. We’ll list a few examples of conversion so you get the general idea:

Basically, they all involve the person who committed conversion meddling with your ownership. You probably wouldn’t sue your friend over one forgotten book, but you may need consult a lawyer to take legal action when it involves valuable property like an apartment, a car, or even company shares.

[READ MORE – If you find money on the street in Malaysia, can you legally keep it?]

But how is that different from stealing?

Wait a second, conversion includes taking something away without permission - but isn’t that basically stealing? Yes, it could be. There are two main differences between conversion and stealing. The first is that conversion covers a lot more situations than just taking something away. The second is that stealing requires the person to have dishonest intentions, while conversion does not.

For example, if you see someone else’s bicycle and take it, you have committed theft.

If you took someone else’s bicycle because you thought it was yours, you have not committed theft. But if you don’t return the bicycle, you have committed conversion.

The definition of a theft in Malaysia is given by Section 378 of the Penal Code:

“Whoever, intending to take dishonestly any movable property out of the possession of any person without that person’s consent, moves that property in order to such taking, is said to commit theft.”

As you can see, theft is specifically the taking of someone’s belongings without their permission, and does not cover the other situations that conversion does. So all thefts are conversions, but not all conversions are thefts.

Another important difference is that theft is a criminal offence, while conversion can be both a civil case (between two people) and a criminal one (the government comes after you).

Yes, there’s a criminal version of conversion as well

Section 403. Dishonest misappropriation of property
Whoever dishonestly misappropriates, or converts to his own use, or causes any other person to dispose of, any property, shall be punished with imprisonment for a term which shall not be less than six months and not more than five years and with whipping and shall also be liable to fine.

The Section goes on to explain using a few scenarios, which we’ve summarized below:

Section 403 also explains in Explanation 2 that if you find a wallet on the floor, you cannot keep it without first trying to locate the owner (since there are IDs inside that identify the owner) - or you can be found guilty of conversion as well. But if you found money by itself on the floor, it’s okay to keep it if you don’t know who it belongs to.

Remember to return what you’ve borrowed

Friends often lend items to each other to share, and help each other out. In return for that kindness, we can be courteous in return by remembering to give back what we’ve borrowed. And if you ever find yourself waiting for a friend to return your belongings, a lot of the time they have simply forgotten about it and could use a friendly reminder.

Hopefully you’ll never have to sue someone for conversion, especially not friends and family. After all, we respect each other to build a lasting relationship, not to avoid getting sued.