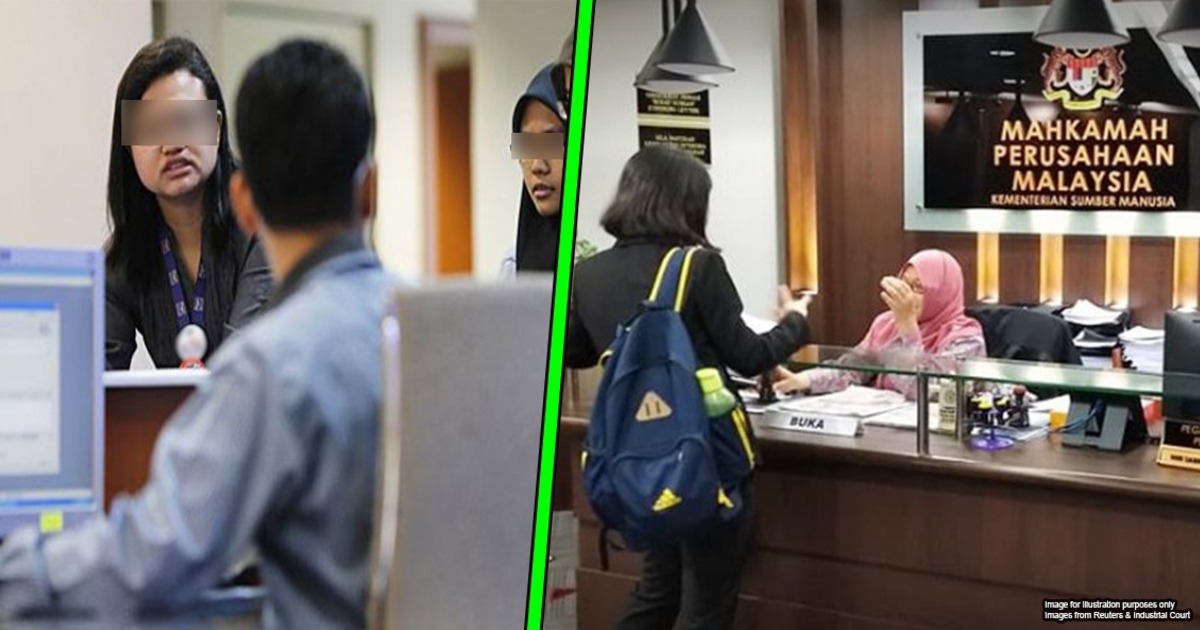 A Malaysian employee was unfairly fired, so the company had to pay her RM1.13 million

If you were to get fired today—especially, without a solid reason—would you take take your employer to court? This may surprise you, but many Malaysians do file a case with the Industrial Court if they feel they’ve been unfairly dismissed by their employers. As a matter of fact, a Malay Mail article says that 8 out of 10 cases heard in the Industrial Court are on unfair dismissals.

Today, we’ll be telling you about one such case that happened in 2019 involving NR, an ex-employee of Petronas. As you’ve read from the title, she won the case and was given RM1.13 million as compensation. So we’ll walk you through the whole saga: how it began in her workplace, how she proved that she was wrongly terminated, and how she was finally compensated for it.

How does someone get ‘unfairly fired’ anyway?

Before we get into the story, we’ll briefly explain what being unfairly fired or dismissed means. So, your company can fire you for various reasons, such as misconduct and poor performance.

[READ MORE: In Malaysia, you CAN get fired for bad performance at work. Here's why]

However, your employer would need to prove these things first. If you were fired without a proper reason and you can prove this instead, you can be said to have been wrongfully dismissed. This will then allow you to take action against your employer. According to Section 20 of the Industrial Relations Act (IRA) 1967:

(1) Where a workman, irrespective of whether he is a member of a trade union of workmen or otherwise, considers that he has been dismissed without just cause or excuse by his employer, he may make Industrial Relations 31 representations in writing to the Director General to be reinstated in his former employment
(1A) The Director General shall not entertain any representations under subsection (1) unless such representations are filed within sixty days of the dismissal: Provided that where a workman is dismissed with notice he may file a representation at any time during the period of such notice but not later than sixty days from the expiry thereof.

In simpler words, an employee who feels he was fired without a fair reason can file a case against his employer in the Industrial Court—and get his job back.

When the case goes to court, the court will use a two-fold test to prove whether or not the employee was really dismissed unfairly. In NR’s case, the court referred to the case of Auto Sdn. Bhd. v. Wong Seh Yen [1995], where the judge said:,

“As pointed out by this Court recently in Wong Yuen Hock v. Syarikat Hong Leong Assurance Sdn. Bhd. & Another Appeal [1995] ...the function of the Industrial Court...is to determine whether the misconduct complained of by the employer has been established, and secondly whether the proven misconduct constitutes just cause or excuse for the dismissal.”

She had worked with the company for 24 years

NR wasn’t someone who’d just joined the company, Petronas—she’d been with them since 1993. She’d started off as a Staff Development Executive with a monthly salary of RM1,590. Over time, she worked her way up the company, earning several promotions. At the time of her termination, she was a Senior Manager and was earning RM25,789 a month, and also had a monthly car allowance of RM1,600. Now, all seemed to be going well, until there was ‘restructuring’ in the company, and a new division was formed.

In this new division, NR had a superior named ZZ. Now, NR and some of her colleagues did not see eye-to-eye with this superior. Their division had some internal problems in 2016, and they asked the company HR to help with this, However, the HR told them to sort it among themselves. Shortly after, in early 2017, there was a staff performance review for the previous year. They held a meeting for this, with ZZ being the person in charge. In this meeting, it was decided that NR would be put on a Performance Improvement Plan (PIP) for 6 months. This was surprising, as this was the first time NR had received a warning about her work performance For 23 years, she was said to have an excellent track record and the court later confirmed this.

Anyway, she did go on the PIP and was placed under the supervision of another colleague called SB. At the end of the 6 months (April-October 2017), her performance was reviewed again by the company’s People Development Committee. The committee said that they did not see an improvement in her performance. They then told her to continue working under SB.

Suddenly in mid-December, she was given an immediate termination notice. Meaning, she would no longer be an employee of the company the next day. Due to the short notice, she was given 3 months’ salary as compensation, together with any unused leave that could be exchanged for cash.

While all this happened in 2017, the case was only heard in the Industrial Court in 2019. As mentioned above, the court said it would use the two-fold test to determine whether NR was unfairly dismissed or not. Based on the test and the facts of the case, the court said that NR was indeed fired without a proper excuse...and they gave the following reasons:

The court also said that it made this decision in accordance with Section 30(5) of the IRA 1967 which says:

In other words, more than the technicalities of the law, what’s important in deciding the case justly and fairly, would be the important facts of the case. And of course, deciding a case fairly also means granting an appropriate remedy...

She wanted her job back, but the court felt it was a bad idea

The reason NR filed the case with the Industrial Court was because she wanted her job back. To recap, Section 20 of the IRA 1967 allows someone to file a case against their employer and get the job that they lost back. However, the court felt that based on circumstances, this was not the most suitable remedy for her. So, they decided that she should be given monetary compensation by her ex-employer instead.

As mentioned earlier, the company already gave her 3 month’s of salary of compensation. Since she would not be getting her job back, the court asked Petronas to pay her monthly salary of RM25,789 for every year that she worked with them (RM25,789 x 24= RM618,456). NR also could not find another job after being dismissed, and so Petronas was asked to give her backwages for 20 months as well (since they’d already paid her 3 months’ salary). Backwages are basically income that was lost from the time you are terminated, to the day you get a compensated for it. For NR, this amounted to RM515,380 (RM25,769.00 x 20)

Now, if YOU have recently been terminated and you feel it was done without a valid reason, it’s time to make your way to the Industrial Court.