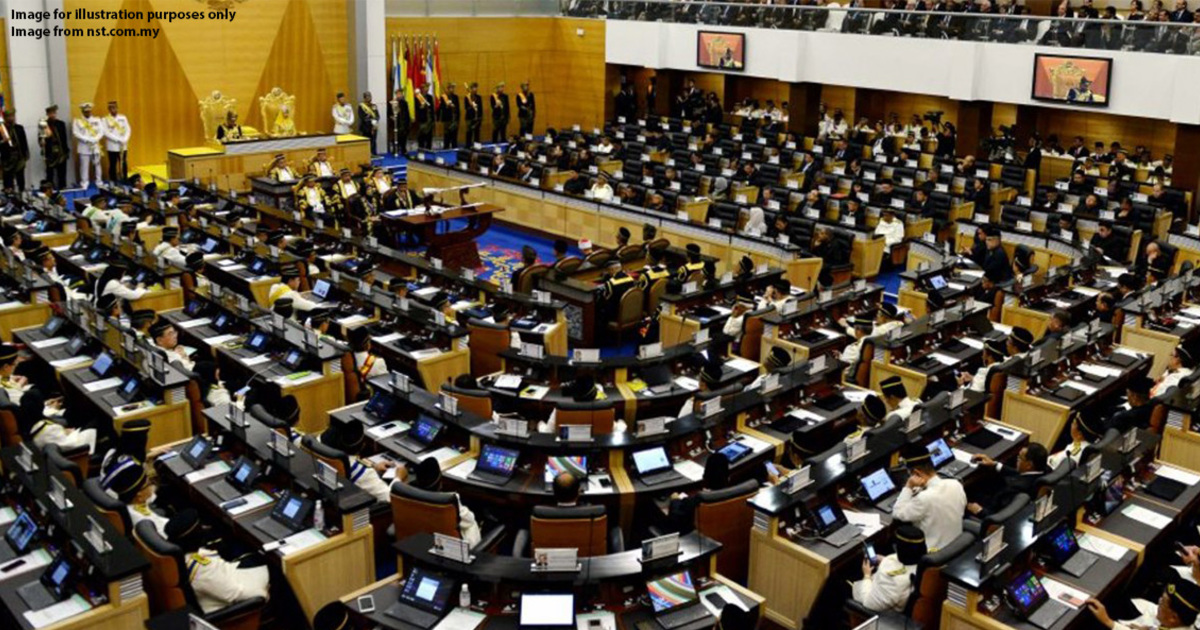 Why does Malaysia take so long to create or change laws?

If there ever was a generalized but true statement to be made, it would be that almost everything we do on a daily basis is rooted in law, whether from renting an apartment (Contracts Act) to reporting your neighbors for abusing their pet (Animal Welfare Act). However, you may also have noticed that these laws can sometimes take ages to change or be introduced; such as a law against workplace sexual harassment, for example.

So if there’s an issue of strong public concern, why can’t the government just quickly make a new law to address the problem?

Without looking into arguments of political will, the base answer is simply because any proposals to introduce or change (amend) a law has to go through the Parliament, the Senate, and the Agong before it can be accepted. While we may sorta-kinda know this from reading the papers, let’s track how an idea or discussion makes the journey to become an actual law that affects millions of Malaysians.

It all starts with a Bill

A Bill is basically the proposal to introduce a new law or make changes to an existing one. It provides the general structure and idea of how the law will look like – pretty much a first draft.

There are generally three types of Bills:

They concern matters affecting the general public interest such as crime and taxation.

Both the government and a Private Member of Parliament can propose a Public Bill. The phrase private member refers to MPs who are not Ministers and not in the Cabinet. Hadi Awang’s Bill to amend the Syariah Courts Criminal Jurisdiction Act 1965 (RUU355) is an example of a Public Bill initiated by a Private Member.

Public Bills are the most common type of Bills in Malaysia.

They deal with matters of private or local concern. This type of Bill is proposed by any private individuals, associations, or NGOs outside of the Parliament.

This is self-explanatory. It is a mix of Public Bill and Private Bill. It involves issues of public interest which also affect the interest of some private individuals. 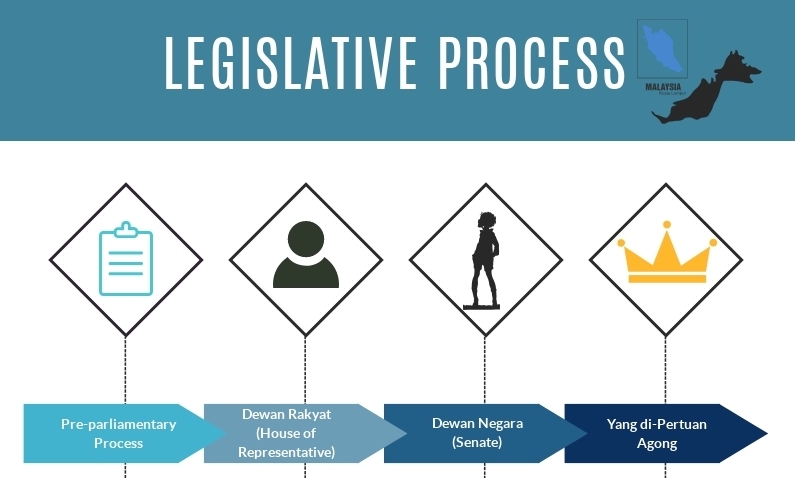 If you look at the image above, the drafting and discussion of a Bill is part of the pre-parliamentary process, so it hasn’t even reached the hard part yet, which are the 3 levels of approval needed in order to turn it into a law. Once all parties are satisfied with the Bill, it goes to….

If it is a Government Bill, the related Minister will present the Bill to the House. The title of the Bill will be read and no debate will be held at this point. The Bill is then circulated to all Members of Parliament. Everyone in the House will get a copy of the Bill.

It should also be mentioned that the Parliament usually meets (convenes) 3 times a year, so there is a priority list for hearing Bills, and not all Bills can be read during that particular seating.

Debates and discussion in relation to the contents of the Bill will be hosted.

Members of Parliament can raise questions regarding the Bill or contribute suggestions. The Minister who proposed the Bill will then reply to the points raised by the Members.

Members are required to vote at this stage to determine whether the Bill should move forward to the next stage.

A Bill will be committed either to a Committee of the Whole House or to a Select Committee on the Bill.

Committee of the Whole House means that all of the MPs in Dewan Rakyat are allowed to take part in the debate and to vote on the Bill’s contents.

Whereas, a Select Committee is a group of selected MPs, that sit together in order to scrutinise and investigate the Bill. They would gather evidence from various ministers and officials, including the public and relevant organisations outside Parliament.

Extensive debates will the take place and amendments can be made on the Bill.

Votes will be taken to decide whether the particular proposed amendment by the Committee should be allowed or not.

Final debate on the Bill will be conducted. No substantive (major) amendments are permitted.

A voting session will be held. Generally, a Bill will pass this House if it attains a simple majority vote, which is 51% of the total votes in the House.

The Bill will then forwarded to Dewan Negara.

Dewan Negara is the upper chamber of the Parliament. Its members are appointed by Yang di-Pertuan Agong on the advice of Prime Minister and State Legislative Assemblies. It acts as a check and balance for the Dewan Rakyat.

However, the Dewan Negara has no power to reject a Bill if they are not satisfied with the it. Dewan Negara can only propose amendments to the Bill and it must be agreed to by Dewan Rakyat. The question you may have is – what happens if Dewan Rakyat chooses not to adopt the proposed amendments?

Article 68 of the Federal Constitution gives Dewan Rakyat the authority to bypass Dewan Negara in order for the Bill to reach the final stage of the parliamentary process. Dewan Rakyat can re-introduce again the Bill in the next parliamentary session (usually one year time period) and if it is not passed in Dewan Negara without amendments again, then it is automatically passed to the next level, which is the Yang di-Pertuan Agong.

Level 3: Almost there! The Yang di-Pertuan Agong (YDPA) must nod his head!

For a Bill to become law, royal assent must be obtained.

Article 66(4) of the Federal Constitution provided that YDPA shall grant his assent to the Bill in 30 days:

“The Yang di-Pertuan Agong shall within thirty days after a Bill is presented to him assent to the Bill by causing the Public Seal to be affixed thereto.”

If YDPA does not consent to the Bill in 30 days, the Bill will automatically become law (Article 66(4A) of the Federal Constitution):

We’ve finished all the levels in Parliament, but here’s one final step...

People must know about the new law

The law will generally come into force when it is published in the Federal Gazette after gaining royal assent (Article 66(5) of the Federal Constitution).

The Bill will become law after the royal assent has been obtained, but in order for it to be in force (to be applied), the law must be published. The rationale behind the publishing of the law is that the law should be made known to the public in order for the public to be aware of the law in place which might affect them. It is also important to note that after gaining a royal assent, the Bill now changes into its final form and it will be known as an Act of Parliament.

But there are other ways to “change” the law

Although the parliamentary process is the most common way that laws get introduced and changed, there is another way that this can sorta-kinda be done; and that is through the courts. There have been many cases where laws were clarified or changed simply because one party decided to sue. A recent example is the legalization of paintball guns, where they are no longer considered illegal because a paintball company brought the PDRM to court, and won.

[READ MORE: Here's how a group of paintballers changed Malaysian law by bringing the PDRM to court]

However this can also be a double-edged sword, because losing the lawsuit may get you the exact opposite of the change you wanted. Examples of these are the legalization of boom gates in residential areas because an unhappy resident sued his Resident’s Association for putting up the boom gates and lost; and the introduction of the tort of sexual harassment because a man sued his ex-colleague for accusing him of sexual harassment and lost.

The Sexual Offences Against Children Act was passed in 2017 within a short period of time in the Parliament. Now, the Government has launched the child sex offenders registry with 3,000 paedophiles listed in the report to curb this offence towards children. So perhaps, it depends on how important the law is and this will determine how fast the law needs to be passed.

[READ MORE: Malaysians can now sue for sexual harassment thanks to a case involving...coconuts?]

For a better idea of how the courts are involved in this, take a look at our article here:

READ MORE: Where does Malaysia get its laws from?] 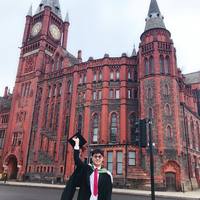