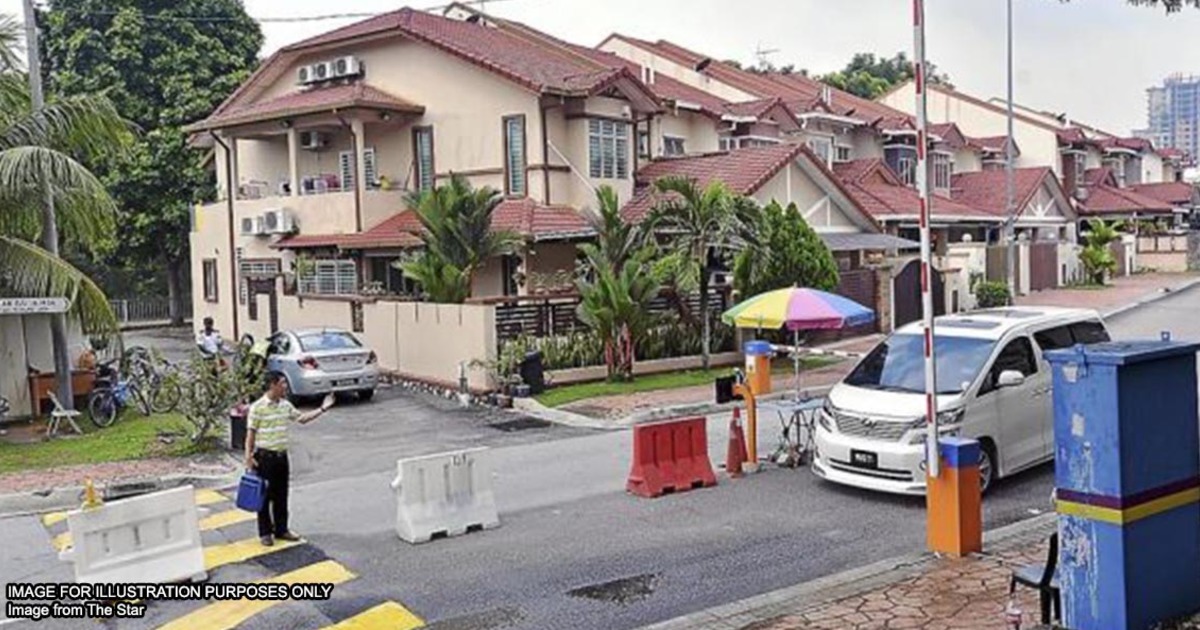 You are driving down a shortcut that you have used countless times and as you are snickering over gaining the upper hand, you notice a barrier obstructing the road and slam on your brakes. You are confused as to why there is a barrier in the middle of the road and some security guards manning it and roll down your window to ask.

The security guard then demands for your IC/licence and explains that the residents in the area have decided to implement certain security measures and only residents and registered visitors can enter the housing area. Angry over losing your favourite shortcut home, two questions pop into your head:

These also happen to be the most-asked questions every time we publish something related to housing or security but since they involve different areas of the law, this article will cover the legalities surrounding the first question while the IC issue will be covered in a separate article.

What is the difference between condominiums and landed property?

To be more accurate, the difference lies in the title to your property. Land titles for residential areas in Malaysia are divided into strata and non-strata (known as individual titles). Typically, strata titles are for condominiums, apartments, and certain landed properties. The main defining feature for strata properties is not how high it is built but rather owners of strata properties will jointly own what is known as common properties. These are facilities that is provided for by the developer and managed by the management committee and they are things such as roads, gyms and swimming pools.

On the other hand, non-strata (individual) titles are for landed properties alone. The owners of such properties only own the land that their house is situated on and any other facilities that may be in the area, such as roads, and parks, will be public property under the management of the local authorities.

[READ MORE: Strata title vs individual title – how does it affect Malaysians landowners?]

For strata titles, having guards and boom gates is less of an issue because for strata properties, you are not only the owner of your property, you are also the joint owner of all the common facilities provided for you in the development. This means that anything within the development is essentially private property and is managed by the developers themselves or the management committee.

Since it is private property, the developers are allowed to set up their own gated communities by putting in an application to the relevant authorities. This was allowed after the 2007 amendment to the 1985 Strata Titles Act.

For example, in Selangor, in order to establish a gated and guarded community (“GACOS”), the developer must fulfil certain guidelines laid down by the Selangor government. We don’t have a link to the guidelines and they are pretty long to reproduce here but just know that when it comes to strata properties (ranging from condominiums to exclusive townships), the developers must seek the approval of the authority before creating a GACOS community.

The point of contention for many arises when the owners of landed properties with individual titles try to set up their own barriers and employ their guards. This is especially true for older, non-GACOS developments. To put it simply, older neighbourhoods usually don’t fall under the GACOS scheme which only came into existence in the 2000s.

As these owners merely own the land their unit is situated on, everything else around them is considered public property such as the roads, drainage systems, and parks. Given their public status, you might not be surprised to learn that…

Under section 46(1)(a) and (b) of the Street, Drainage, and Building Act 1974, it is an offence for anyone to erect or maintain any obstruction or cover any open drain:

(a) builds, erects, sets up or maintains or permits to be built, erected or set up or maintained any wall, fence, rail, post or any accumulation of any substance, or other obstruction, in any public place;

(b) without the prior written permission of the local authority covers over or obstructs any open drain* or aqueduct along the side of any street...”

Before you go driving around and refusing to stop for the guards, security concerns have created an understanding that such non-GACOS neighbourhoods could be converted into guarded communities if the Resident’s Association (“RA”) applies for permission from their local authorities. Whether or not their application will be approved depends on whether they fulfil the guidelines given by the Ministry of Urban Wellbeing, Housing, and Local Government. One of the pre-requisites for putting in such an application is that the RA must get at least 85% consent from the residents, though the local authority can accept a lower percentage in some cases.

However, the problem with this is two-fold. The first is that some of the Resident’s Association will not apply for permission and second, guidelines don’t have the force of law. This created some confusion and strife in certain communities and the municipal authorities would come and demolish barricades which were built illegally or when they failed to obtain the minimum consent from the residents.

This strife came to head in a landmark case of Au Kean Hoe v Persatuan Penduduk D’Villa Equestrian. Au Kean Hoe bought a house in the D’Villa Equestrian housing estate and at the time of purchase, there were already two boom gates and a guard house in operation on the road that served as the sole entrance and exit to the housing area. The RA then decided that residents who failed to pay the monthly security fees will have to open the boom gates on their own without the help of the security guards on duty.

Mr. Au stopped paying his fees after a period of time and after an epic argument with the guard, decided to drive through the boom gate and then sued the RA for, among other things, nuisance by creating an obstruction on public roads. This action went up all the way to the highest court in Malaysia, the Federal Court, who decided two main things:

While the law has been clarified by the highest court in our country, it is clear that many RAs are still not complying with the guidelines given. According to DBKL, from 2011 to 2017, 158 RAs in KL implemented the guarded communities but only 65 applications were approved by DBKL. This showed that many security schemes are operating illegally and this became a thorn to users of the public areas.

Another important point to note is this, while such residential areas can be guarded, they cannot be gated. The difference between guarded areas and gated and guarded areas lies in the fact that if the area is guarded, access is merely regulated. If the area is gated and guarded, then there will erection of fences and the sorts which can obstruct roads. This is why areas with public roads are only allowed to be guarded.

However, many of us still get confused over which security measures are allowed for public areas. The best example of this would be the fact that boom gates which are operated by access cards are actually against MBPJ’s guidelines. This leads us to our final point of…

If you don’t know it, just ask your local council

If you are unsure about what guidelines your local authorities would have, it is always best to ring them up and ask. It is much better for you to ask them and make sure that you get all the proper permissions before erecting barriers as illegal barriers which get torn down will just end up wasting the residents’ money and leave you guys in a limbo. Aside from that, it is important to note that even if you have procured permission from the relevant authorities, you can never restrict someone’s access into a public area or restrict their access to use the public roads.

We will discuss the issue of demanding ICs and licences in a separate article but as a teaser...requesting for ICs is illegal. At the end of the day, while we all appreciate enhanced security and a sound sleep at night, whatever security system that is implemented should not fall foul of the law nor infringe upon another person’s rights.

[READ MORE: What (legal) powers do security guards have in Malaysia?]