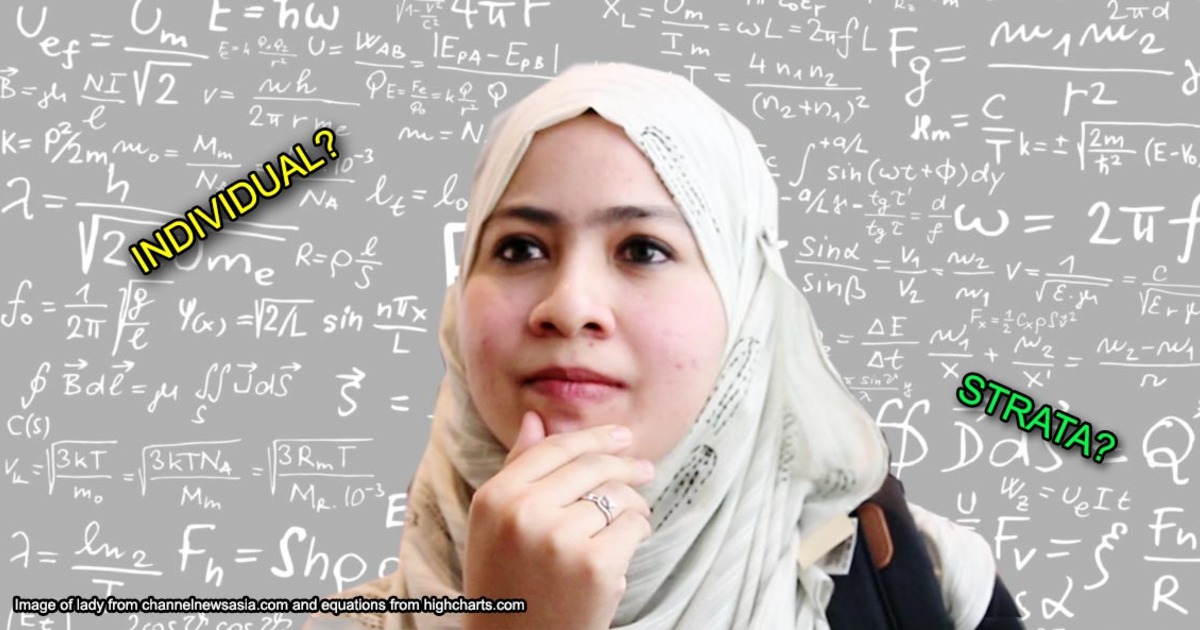 Strata title vs individual title - how does it affect Malaysian landowners?

You just paid the downpayment for your brand new condominium. The sales agent shakes your hand and tell you that the lawyers will be in contact soon for you to sign all the official documents. You eagerly wait for the lawyer’s call and when they do, you head over for the appointment, still gloating over the fact that you managed to score your dream property.

As you settle down in the lawyer’s office and merrily sign away at all the documents, you heard the lawyer congratulating you on your strata property. You absently nod along then it hits you. But wait...you bought a condo, right? Not a strata property…what’s this strata property? Terrified that you signed away your life for the wrong property, you ask the lawyer about and he bursts out laughing and says that strata property just means the kind of title the land has.

Any Malaysian looking to buy a house would come across these 4 terms; strata, individual, freehold, and leasehold. However, what are the differences and how can they affect you in the long run. Before we delve into what they are, let’s take a general look at how Malaysian land law is like.

Our land law came from Down Under

Before the British ruled us, our land laws were according to the local adat and according to that, any person who clears a piece of land is entitled to stay on that land. However, the traditional land laws didn’t grant ownership over the land (unlike today when you can own land) but it merely gave the right of usufruct (basically the right to use the land and gain profit from it). If the land is left abandoned or neglected, the owner will lose the rights to the land.

When the British hit our shores, adat slowly gave way to the use of deeds. A deed is basically another word for contract or to be more specific, it is a term used to describe contracts which revolve around property rights over land. The use of deeds then mimic how deeds were used in the United Kingdom where in order to prove ownership of the land, you basically had to go to the “root of the title”.

This created a problem because in order to find out what rights and interests exist on the land, you had to go through at least 15 years worth of deeds. In other words, it means that you had to meticulously keep your records and have to wade through a whole bunch of documents.

All the problems lead to the British adopting the Australian Torrens System which is our land law system until today. This system was brought back by WE Maxwell after he realised that our cousins Down Under had a system that would fit us perfectly. Slowly over time, the land laws in our country were amended and consolidated to form several pieces of legislation today. Although some states such as Sabah and Sarawak have their own versions, most of our land laws are governed by the National Land Code 1965 (“NLC”)

The Torrens System created the use of land titles. A land title is basically a piece of document that is given to you by the government to show that you are the owner of the land and if there are any other interests and rights in the land (for example, whether or not the land is charged to a bank). To see how land law works in the Torrens System, you can read about this Thai lady’s fight to get her land back in Malaysia.

Now that we have the bare minimum out of the way, let’s turn our focus to the crux of the matter which is…

There are 2 different kinds of land title

While there are different categories of land and different uses for it, the titles which are issued by the Registrar only fall in one of two categories. The first is commonly referred to as an individual title while the other is known as a strata title.

On the other hand, a strata title is usually issued for high-rise properties such as condominiums, apartments, and landed properties which are gated and guarded. A strata title is issued when you own a portion of the land, alongside the other owners. A typical feature of strata properties is when the house you bought (whether landed or high-rise), comes with common facilities and areas such as swimming pools, clubhouses, and other common properties which are shared by all the residents.

[READ MORE: Can the condo management in Malaysia enter my unit and take away my property?]

The easiest way we can put it is like when you have an individual title, you get the whole cake to yourself. When you have a strata title, that one cake is split into eight slices and you get one slice.

Now comes the most important question that you may have, does a strata title affect me differently from an individual title?

The straightforward answer is no. Getting a strata title over an individual title doesn’t mean that you got a worse bargain. It is a only a difference in preference and needs and neither of these titles affect the property’s price. However, an important point to note is that since strata properties have common facilities and areas, there are more laws that govern strata titles and their management such as the Strata Titles Act 1985, the Strata Management Act 2013, and the Strata Management (Maintenance and Management) Regulations 2015.

The more important thing to look at is the tenure of your land because the tenure can affect a lot of things from property demand to price. Land tenure is divided into freehold and leasehold.

Freehold property means that the land belongs to you in perpetuity (forever and ever and ever and ever). The government can still acquire your land if they have to but this is much harder than in leasehold lands as we will see below.

Leasehold means that the State Authority owns the land and he is merely leasing it to you for a certain number of years, the most common one being 99 years (section 76(a) NLC).

By their powers combined

At the end of the day, if you purchase a property in Malaysia, you can end up with one of the following combinations below:

This is not everything though

The above information only gives you the bare bones of the typical questions that most Malaysians have when looking to purchase homes for their own stay or for investment purposes. We will cover Malaysia’s land law in-depth in another article and we hope that you guys can hang in there with us because the path of land law is a tough and convoluted one.