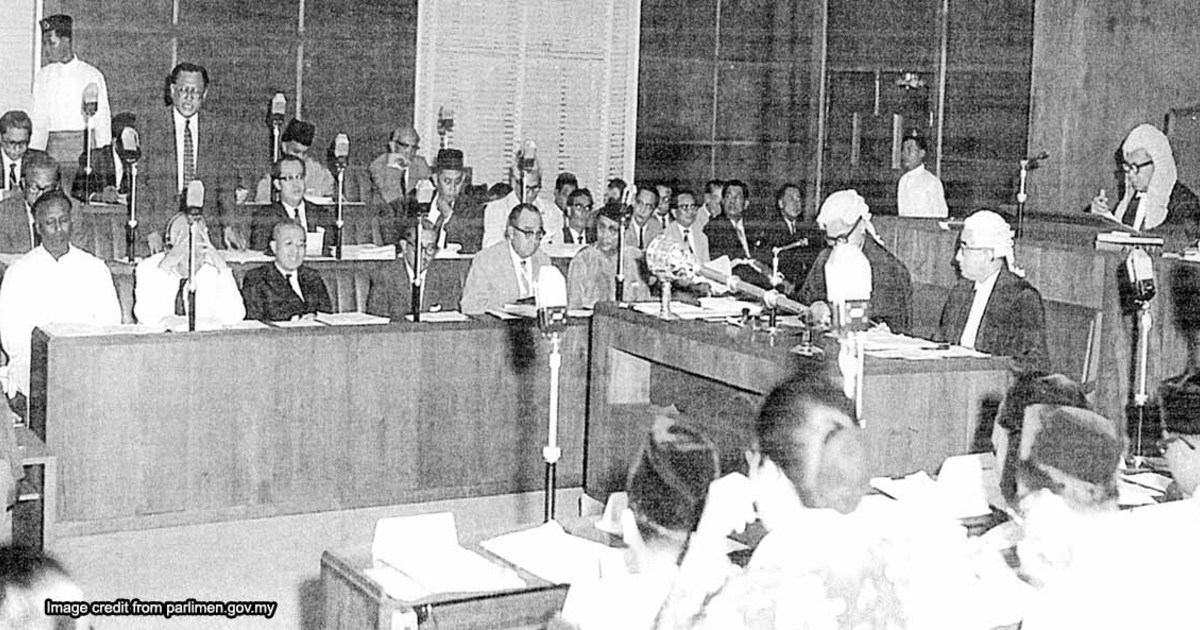 Where does Malaysia get its laws from?

If someone asked you, “Where does Malaysia’s laws come from?”, your knee jerk answer would most probably be, “From Parliament”. It makes sense for this to be Malaysia’s source of law because the government is technically divided into three bodies:

If the 3 bodies of government all have their roles to play and only the Parliament can pass and amend laws, then Acts of Parliament must be Malaysia’s only source of law...right? Well, we hate to burst your bubble because there are actually a plethora of sources in Malaysia.

The first thing you need to know is…

The law is actually divided into written and unwritten law

We know that this sounds intensely odd because how can a law be unwritten? Does it just float somewhere and do lawyers hunt it down like how a Seeker hunts a Golden Snitch? Unwritten law is actually something of a misnomer because it’s not that the law is not written down but it’s just that the law is not consolidated in one place. To put it into example, it has always been said that the UK has an unwritten constitution – this basically means that unlike Malaysians, the UK peeps don’t have a document that lists down all their basic rights like our Federal Constitution. Their basic rights are found in a bunch of different laws and in the Magna Carta (a charter of rights somewhat).

Unwritten law in Malaysia comprises of the English law (inherited from our British rulers), judicial precedent, and customs.

On the other hand, written law is basically when the law is consolidated into a singular document like how most of our laws can be found in their respective documents.  Examples of written law in Malaysia is our Federal Constitution, Acts of Parliament (also known as primary legislations), and subsidiary legislations

Hold on a minute though, it’s well and good that we have all these sources of law but how did they become sources in the first place?

It was a higgledy-piggledy historical adventure

It all started with William the Conqueror’s conquest of ye olde England way back in 1066. After this conquest, Bill created the curia regis (King’s court) to settle disputes across England. His judges would ride out to villages and hear the disputes and give their judgments. Then, they would ride back to the city, sit down, and compare their cases and judgments given. The best judgments were then compiled and these judgments became the common judgment (also known as judicial precedent, hang on to this nugget because it will be explained in detail below) to given out when the judges were faced with same/similar disputes in the future.

This was how the common law (English law) came to be and is aptly named so because it was “common” to all the King’s court across the country. The law needed to be common because there had to be certainty when dealing with the law. A thief has to be treated in the same way as another thief.

As this common law was practiced in England, the English brought it over to our country when they colonised it. It’s not to say that the inhabitants of Tanah Melayu were lawless creatures prior to the British’s appearance but instead of having a common system, the old Tanah Melayu-ans were subject to their respective adat depending on where they came from or what race they were.

While the use of adat remained in place, the British’s rule gradually implemented the common law in our country and our laws were mostly created through deciding cases or importing them in from other British colonies. For example, our land law is based off the Australian Torrens’ System while our Criminal Procedure Code was taken from India.

At the point of independence, our Federal Constitution was drafted and it became the supreme law of the land which sets out the framework of our law and lays down our basic rights. This was how our first (technically) source of law came to be. Two sources of unwritten law, the common law and use of adat was adopted into Malaysian law through Article 160 which says:

This is why we sometimes have laws in Malaysia that differ from state to state, the best example would be how some states work on Sundays and some don’t. However, if a State law conflicts with a Federal law, the Federal law will take precedence. Federal laws passed by Parliament are referred to as Acts while State laws are usually called enactments or ordinance. These laws that are passed by either legislature can confer powers on other authorities to come up with laws and this is known as subsidiary legislation or delegated legislation.

There you have it, folks. That was how written law came to be made up of all these sources of law and it was how the laws of Malaysia adopted two forms of unwritten law into our framework. If you are curious about what happened to the final source of unwritten law, judicial precedents, hang tight.

Judicial precedents make sure the law is applied fairly

A judicial precedent is basically a decision by the court that must be followed in the next case which bears similar facts. This was essentially how the common law developed and it is based on the principle of stare decisis which means to stand by what has been decided. The reason for this is to ensure that there is certainty in the law.

Remember we told you that the judges are in charge of interpreting and applying the laws passed by Parliament? Precedents are how the judges work in tandem with Parliament.

How this works is let’s say Parliament passed a law that says that an element of theft is “dishonesty”. The judges then have the leeway to decide what dishonesty means, depending on the facts at hand. This creates a precedent, which must be used in future cases with the same facts. If the facts are different, then there is no need to follow the previous precedent.

For example, if Ali claims the defence of insanity, the judges test whether he is insane by following method A. Two years later, Abu claims the defence of insanity as well. The judges cannot then test whether Abu is insane by following method Z. This is how the principles of stare decisis and judicial precedent work to ensure that the law is fair and prevent judges from deciding on their whim and fancy.

Judicial precedents can only be made by superior courts which are the High Court, Court of Appeal, and Federal Court. Aside from this requirement, a judicial precedent can only be drawn from what is known as the ratio decidendi of the judgment. This is different from the obiter dicta portion which cannot become a binding decision. Ratio decidendi means reason for deciding while obiter dicta means other things said, akin to a “by the way” sentence. An example of how this works is as follows:

In his judgment Judge Azim says that Ali is guilty of theft because he stole the Tessaract with the dishonest intent to permanently deprive Odin of the Tessaract [ratio decidendi].

Judge Azim goes on to say that if Ali had found the Tessaract lying in a ditch, then maybe he wouldn’t be guilty of theft [obiter dicta].

Judges are allowed to change an old precedent if the law is no longer considered fair by current moral standards but this is the exception to the general rule of sticking by precedents. This is where judges from the higher courts (this also depends on court hierarchy which we won’t go into right now) can go against the current binding decision and create a new one which would be followed in the future.

Precedents can also be changed if Parliament enacts a law which changes the precedent and as Parliament’s Act is higher ranked (as a manner of speaking), then the judges will apply the new Act as opposed to the old precedent. An example of precedent changing to suit changing times is the criminalisation of marital rape in the landmark case of R v R in UK wayyy back in 1994.

The discussion above is a mere part of what judicial precedent is and the rest will be discussed in a separate article. With all that has been said about the sources of law, and given the multi-faceted face of the law, it seems more likely that…

All “sauces” are needed for good laws

Like good roast chicken which needs all manners of herbs and spices to make it insanely delectable, the application, growth, and evolution of the laws of Malaysia requires contributions from all sources of the written and unwritten law. A parallel is drawn to our Federal Constitution; it may be the supreme law of the land but the Constitution alone is insufficient to govern the entirety of Malaysia.