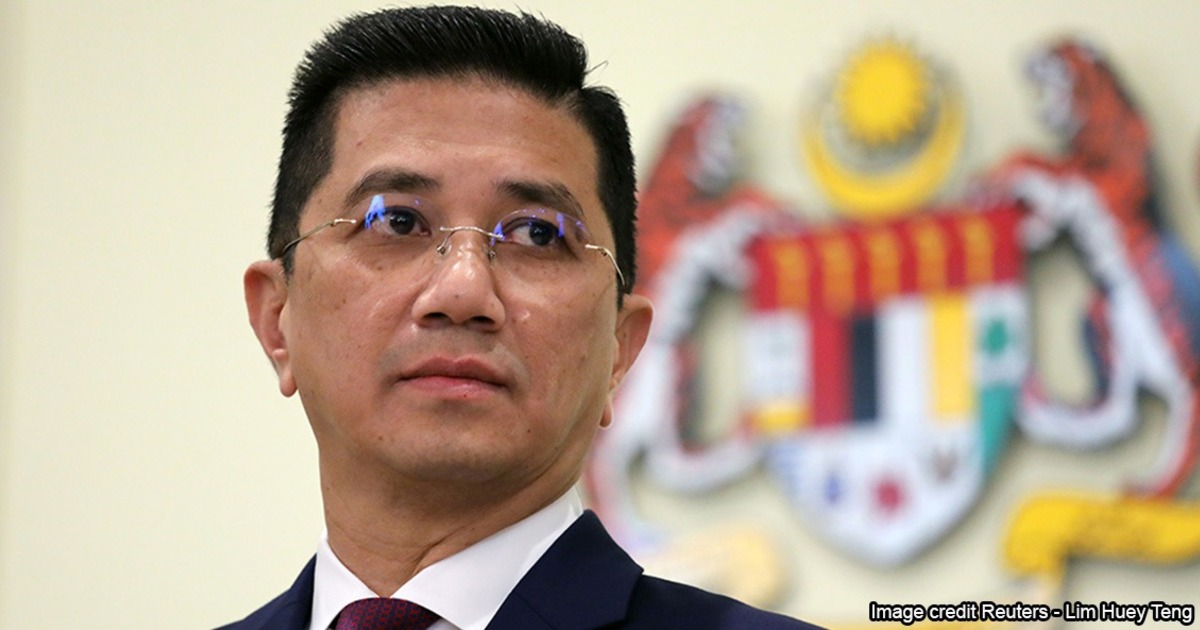 Azmin says businesses can sue state gov't for not following CMCO. But is this true?

On Labour Day, our Prime Minister Muhyiddin Yassin announced the Conditional Movement Control Order (CMCO) starting on May 4, which allowed businesses across Malaysia to start operating again. With that news, some businesses were ready to operate again, as most of them had to endure a loss of income due to the MCO.

But not all states have followed suit. So far, 6 states have decided to not adopt the CMCO; they either continued with the original stricter guidelines in MCO, or adopted a modified version. However, Senior Minister Azmin Ali has spoken up against the move, saying that industries could sue the State Governments for not letting them open.

Now, if you’ve read AskLegal before, we’ve written about the many ways you could sue your developer/neighbour/employer/lover. But can you actually sue the State Government? To take that a step further, if you felt the MCO in the first place caused you to lose income, could you actually sue the Malaysian government?

But before going into suing, let’s look into whether the state governments had the right to not adopt the CMCO in the first place.

States can make their own laws

Most of us would think that all the laws in the country are made by the Malaysian government. But that thought is only half true. How it works is like this:

An easy way to think of it is: Imagine that our laws were a painting. The federal government makes big, broad strokes. The state government will add more refined strokes, while municipals will add tiny details to it.

In general, the state and federal government have the right to decide on different set of laws. But there are a few areas where it overlaps.

According to Fahri Azzat, one of the lawyers we interviewed for this article:

However, there are areas where both Federal and State Governments can make laws for, and that is contained in List III, Schedule 9 (of the Federal Constitution). Public health, sanitation and the prevention of disease falls under List III. That means both Federal and State have the power to make laws so long as they do not conflict with each other. – Fahri Azzat, lawyer, in an interview through email

Basically, in the Federal Constitution, there are lists which tells us what areas each governments can make laws for.

We’ll skip what’s in List I and II and focus on the relevant one: List III. This is where the law making power between the federal and the state government overlaps. And the one to pay attention to in that list is public health, sanitation and the prevention of disease. This means that both the Federal and State Government can make laws in these three areas.

As states do have powers to make laws related to public health, could they decide on their own measures to deal with the pandemic?

States could choose not to follow the CMCO...sort of

We’ve talked to two lawyers on this, and both of their opinions vary. The first lawyer, Fahri, finds that this issue is still undecided at this point. But he thinks that States can choose to not follow the Federal laws, but only if the States have made relevant laws in their state. According to Fahri:

This is a difficult question to answer authoritatively at this point because the issue is not decided. My thinking presently is that States can choose not to follow Federal but only if they have made the relevant laws at State level first. States cannot choose to ignore Federal and do as they please without any legal basis. States have to pass laws to address the situation and as much as possible try not to conflict with Federal on significant/important areas. – Fahri

In short, states will still have to follow Federal laws, and would need to pass their own laws to address the situation. But some states could have an issue with that, as most state governments don’t have any specific laws on dealing with the pandemic. So far, we’ve found that only Sabah and Sarawak have laws relating to this – each state has their own Public Health Ordinance.

The Federal government, however, has laws to deal with the pandemic. They enacted the Prevention and Control of Infectious Diseases Act 1988 (PCID). Under this Act, a minister can make regulations to address the health pandemic. This is the Act that is used to enforce the MCO.

But that doesn’t mean that states are wrong in not enforcing the CMCO, and allowing businesses to open again. According to Surendra Ananth, the second lawyer we interviewed, states can take actions which aren’t mentioned in the CMCO, as long as they don’t violate the regulations.

In short, the states cannot act inconsistently with the CMCO (but) they can take actions which are not specified in the CMCO, for example, limiting the operations of businesses. In not allowing certain businesses to be open, it can be argued that the states are not violating the CMCO, but merely complementing it for the purpose of public health.

An example where a state would be acting inconsistently with the CMCO would be if the states allow for mass gatherings to take place where this is expressly prohibited under the CMCO. This the states cannot do in my view. – Surendra Ananth, lawyer, in an interview through email

So by not allowing certain businesses to be open, the states aren’t going against the federal government. Rather, the move complements the CMCO, as it’s done to protect the public’s health.

In general, the view seems to be that it’s still unclear, or that the state government aren’t breaking any laws you can sue them for. But, what if you do believe the state is wrong for not allowing your business to open? Could you file a lawsuit against them?

Yes. You can ‘sue’ the government

According to Fahri, you can. In fact, others have tried it before.

[READ MORE: If you get into an accident with an ambulance in Malaysia, are you automatically wrong? ]

Despite it being possible, he noted that it can be a difficult task. When you’re dealing with the government, the odds are in the government’s favour. There are policies which will favour them a bit more, such as the Public Authorities Protection Act (PAPA), which only gives you 3 years to make a claim against them from the date of the incident. And not only that, you would need to comply with the Government Proceedings Act.

However, when we asked him how we could potentially sue the government for it, he just advised that we not do it. In his own words:

I recommend they hire a lawyer and pay them for that advice. I am sorry, this (explaining how to sue the government) is like free legal advice and best not attempted especially for a matter this challenging and difficult. – Fahri

But. If you’re feeling adventurous, you can still do so. The proper way isn’t a lawsuit, though, as you’ll need to do something called a ‘judicial review’. This is basically asking the court to see whether the authorities did something wrong. In this case, whether the states were wrong in not following the CMCO. According to a third lawyer we interviewed, Gavin Jayapal:

Insofar as Azmin Ali's statement is concerned, I believe that he is wrong to say that lawsuits could be filed. A lawsuit would be civil litigation.

The proper avenue would be for Judicial Review proceedings to be initiated challenging the decisions of the respective State Governments, with a claim for damages attached. – Gavin Jay Anand Jayapal, lawyer, in an interview through email

So it is possible to sue the state government for not following the CMCO. But whether you succeed or not, is a whole different question.