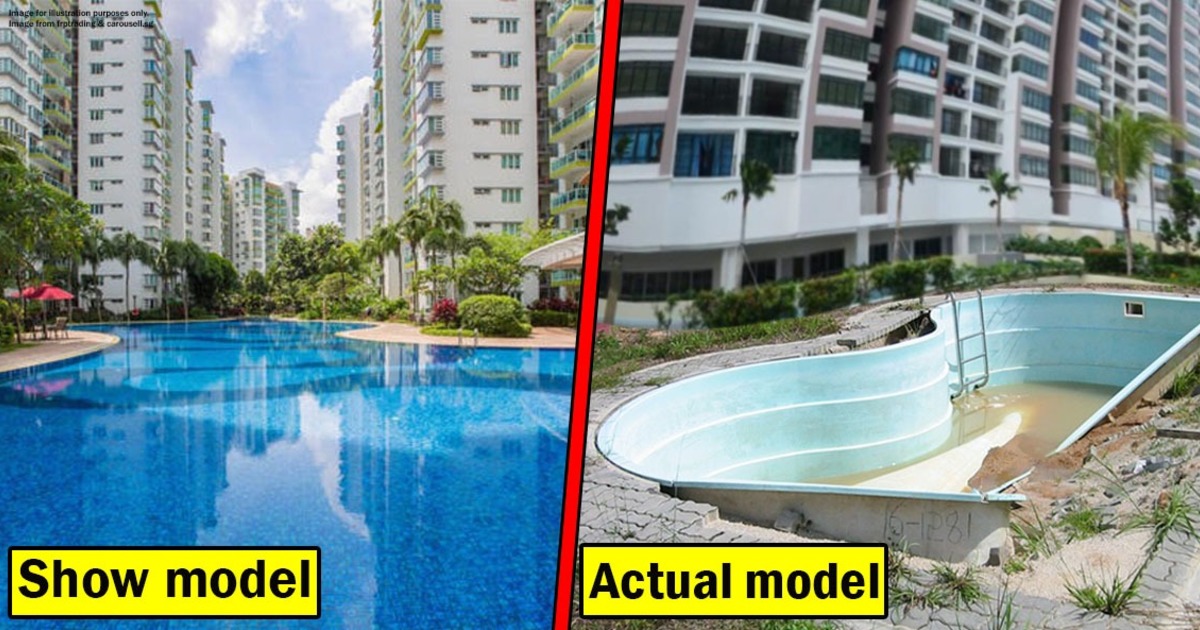 Can you sue Malaysian developers if your condo looks different from the show unit?

Remember the guy who spray-painted and hammer-smashed his own apartment in KLCC, when the unit he got was allegedly nowhere near as promised in the marketing material?

This story entails a similar situation—but this time instead of a sledgehammer, he went with a judges’ gavel for justice.

If you’ve ever passed by booths in a real-estate expo, promoting “your next dream home”, you’d expect to see a brochure with an exclusive model-house like this: 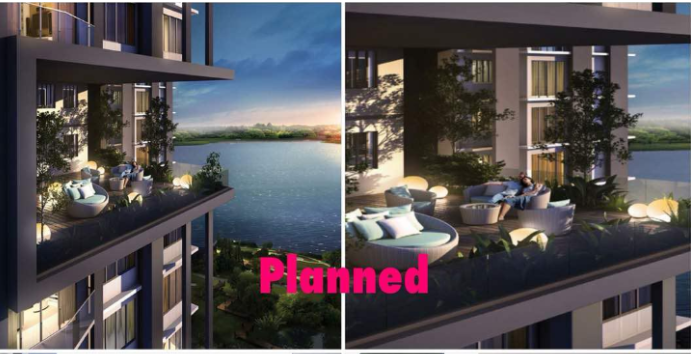 You might find it impressive enough to make a visit to the show unit, learn about the other great features and...next thing you know: You’ve signed the SPA, taken a loan, and wishing the next 4 years would pass faster so you can get your keys. But 4 years later, you end up getting this: 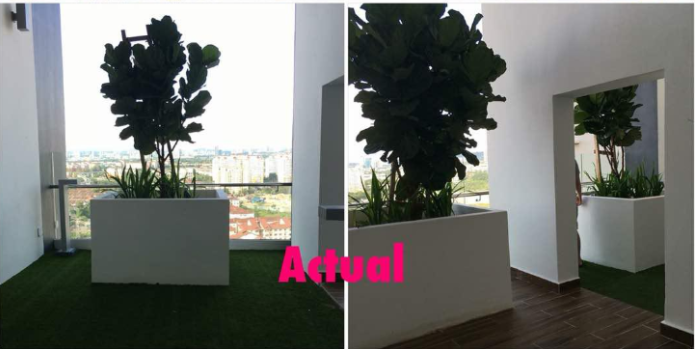 This is an actual experience shared by our two interviewees, Michael and Angela. In fact, Michael pointed out that he loved the hanging gardens in the brochure so much (pic above), that he specifically bought a unit on the floor where they were supposed to be. With a sad smile, he says that he still got his ‘hanging gardens’—people have started hanging their laundry there to dry.

Now, if you’ve ever been in Michael and Angela’s situation—whether it involved buying property or even something on Lazada, you’d probably know what it feels like getting into a bad bargain.

You can sue, but it’s tough

We need to first clarify that Michael and Angela aren’t their real names. The lawsuit is still ongoing and revealing actual details may jeopardize their case; which is also the reason why the developer isn’t being named.

But according to Michael and Angela’s lawyer, there are two claims they could make against the condo developer:

1. Breach of the Sale and Purchase Agreement

When Michael and Angela purchased the individual units, they were promised several things. For instance, each condo unit was said to have 4 windows and porcelain flooring. This was stated in the Sale and Purchase Agreement (SPA) between the buyers and the developer.

However, what Michael and Angela got was not what their SPA stated. Their condo units had 3 windows instead of 4, porcelain tiles instead of homogenous tiles—and on top that, they were promised a Marina Bay inspired hanging garden, but ended up getting a designated smoking area with random potted plants around.

So Michael and Angela sued the developer for breaching their contract of agreement.

2. Misleading the buyers with brochures of an exclusive condo

In the developer’s brochure, the hanging gardens amounted to a representation of the amenities of the condo. And that representation actually made Michael buy the condo unit.

Under Section 18 of the Contracts Act, a misrepresentation is basically when someone tells you an untrue statement, and that statement actually makes you enter the contract. And since Michael was so in awe with the hanging gardens that was advertised in the brochure, he even asked for a unit on the same floor as the hanging garden.

But when the condo was finally built, and he discovered that the hanging garden is nothing like what he was promised—legal action was taken on the grounds of misrepresentation.

[READ MORE: What can you do if you get cheated shopping online in Malaysia?]

As we mentioned earlier, suing a developer for a breach on the SPA or misrepresentation isn’t exactly easy—especially if only two people are suing. Which is why Michael and Angela decided to take a leap of faith...

They sued the developers with 152 other people 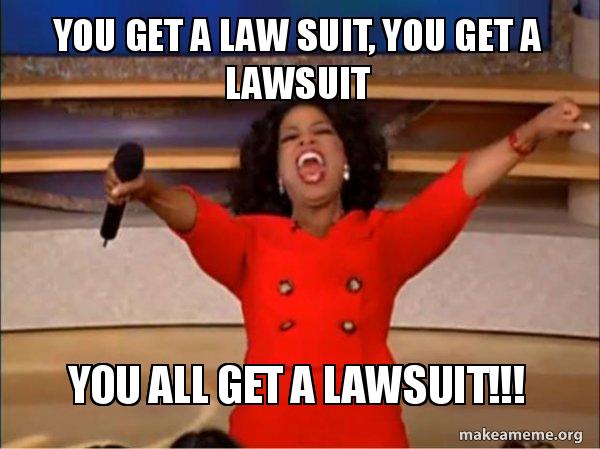 Michael and Angela initially brought up this issue with the Joint Management body (JMB) of the condo. But then, they realised that the crux of the problem lied with the developers of the condo. However, suing a developer was not an easy thing to do.

That is when Michael and Angela decided to find other unit owners who shared the same pain as they did. Their next course of action is known as a class-action suit. They decided to sue the developers along with their neighbours over the bad bargain that they’ve all gotten into.

“At any stage of proceedings under this rule, the Court may, on the application of the plaintiff...appoint any one or more of the defendants or other persons as representing whom the defendants are sued to represent all, or all except one or more, of those persons in the proceedings...in exercise of the power conferred...”

However, convincing people to sue a large development company isn’t easy. At that time, the number of occupants in the condo were approximately 700 people. Michael went knocking door to door, handing out flyers and talking to neighbours about suing their condo developer.

Fortunately, their efforts paid off. Six months later, they managed to convince 152 neighbours to join their class action suit, and raised nearly RM 7,000 from each condo owner to cover the legal fees. They proceeded to file a case against the developers to make monetary claims against the developers.

The developer then tried to settle this dispute out of court. They offered the residents RM 6,000 each to withdraw their suit. This initially seemed like a good bargain, but when the building surveyor determined the current value of the units—The offer was considered deceptive. According to Michael, the market value of his condo is less than RM400,000 after a year, despite buying it for more than RM500,000.

So suing the developers will obviously give the aggrieved residents a bigger compensation amount.

Suing bad developers is tough, but not impossible

Despite not taking the developer’s side offer, there was also no certainty that the residents will win the case against the developers. As this case is somewhat an essence of David-Goliath, regular Malaysians too can join hands to sue big developers if they don’t get what they’ve been promised.

Michael and Angela went on to tell us, that they’re not just doing this for themselves. They hope other home owners with similar problems take legal action against their developers, with proper efforts. The process of suing the developers may seem tough and almost impossible—but a class-action suit will definitely help ease the burden of aggrieved home buyers.

At present Michael, Angela and the 152 residents have filed their case against the developers. The trial of the dispute is expected to start in January 2020.