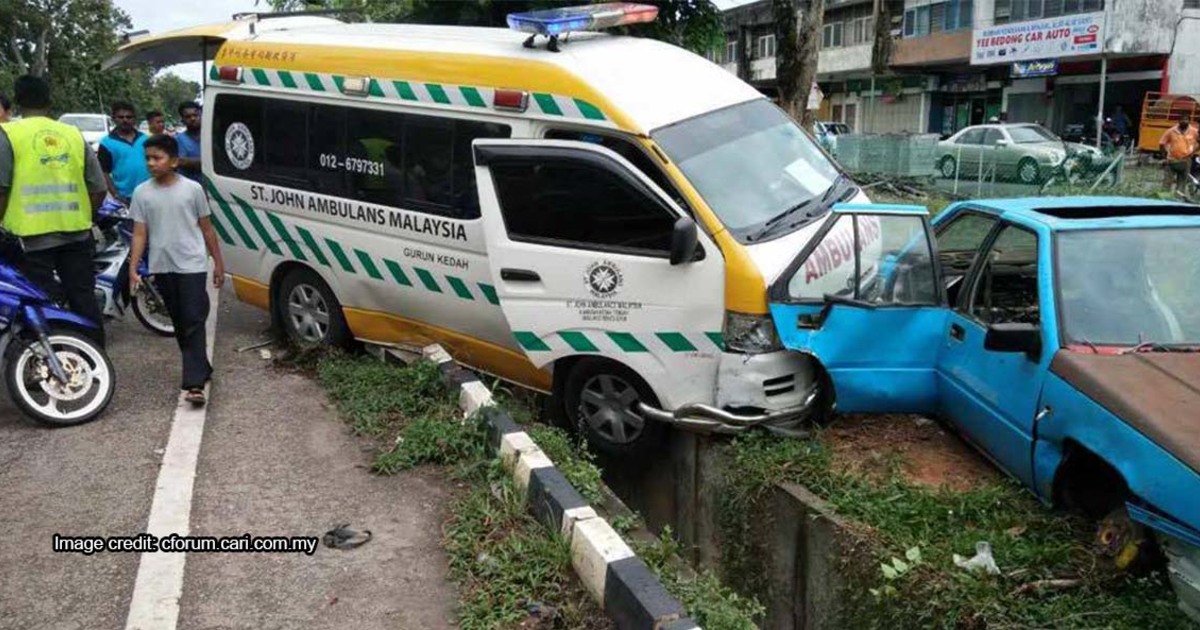 If you get into an accident with an ambulance in Malaysia, are you automatically wrong?

If you’ve been driving for awhile, you’d likely know the drill when you hear the distinctive wail of an ambulance siren – move aside, and let them pass. This usually happens without incident and you’d go back to crawling your way through the jam.

However, as it turns out, accidents involving ambulances aren’t as rare as you’d think; with an average of 57 ambulance-related accidents happening in Malaysia each year based on a 2011 report. More recently, there was a much-publicized incident in 2017 where an ambulance ran a red light and crashed into 2 cars and 3 motorcyclists.

This brings about a series of interesting questions, such as:

Ambulances fall into the category of “Emergency Vehicles” which in turn falls under the larger category of “Government Vehicles”. This basically refers to any vehicle bought by a Malaysian ministry for official use and can include official Minister cars, police vehicles, and fire trucks.

[READ MORE: If you get into an accident with a police car, are you automatically wrong?]

However, what complicates things a little more when it comes to ambulances is that not all ambulances belong to the government. This is important for reasons which we’ll cover later on in the article.

The good news is that, you’re not automatically at fault in the event of an accident with an ambulance, and you can claim for damages to your car.

1. Everything starts with a police report 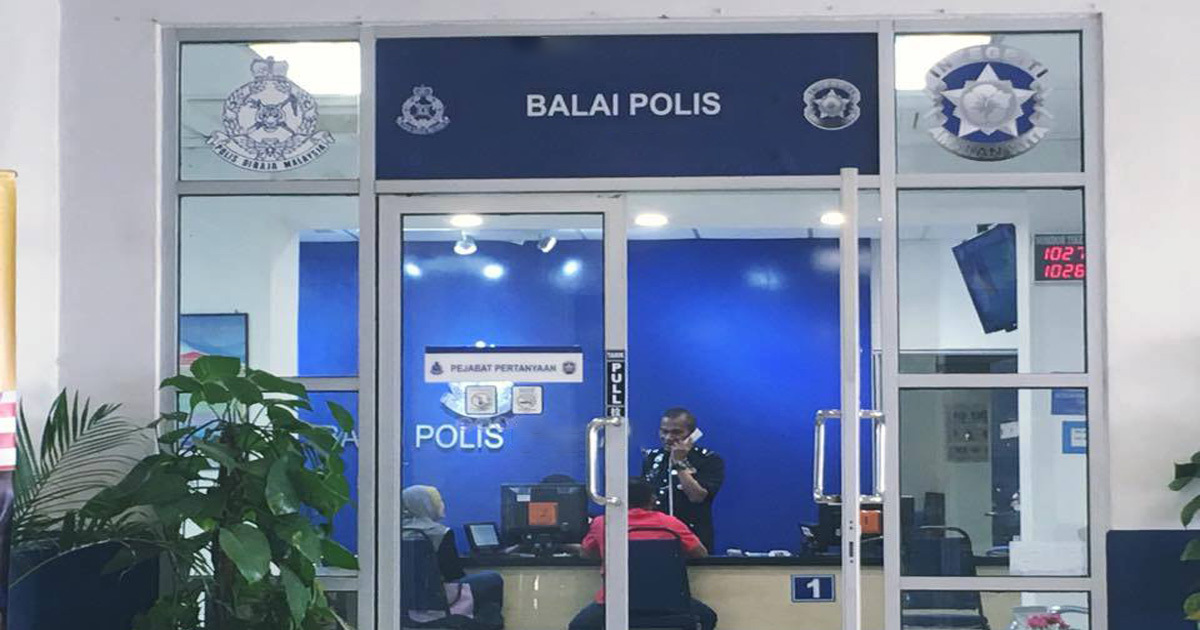 Let’s kickstart things off with the assumption that the accident is just a regular fender-bender where only the vehicles are damaged.

So, just as in a “regular” accident with a private car owner, you’ll have to kickstart things with a police report. The usual steps of exchanging information with the driver of the other vehicle (which may include the driver’s badge/ID number in this case) and making the report within 24 hours of the accident would apply. It would also help if you have photos of the accident scene before anything gets moved or a dashcam recording.

[READ MORE: If you hit a car from behind, are you automatically wrong?]

If you were at fault, you’ll be liable to pay a RM300 fine for causing the accident and claims will be made against your insurance.

However, it gets a little interesting if it was the ambulance at fault, because, as mentioned earlier, not all of them belong to the government. As a simple breakdown, an ambulance could belong to one of the following:

Therefore, your claim could be against the government, the state, or a private insurance (most private entities would have insurance for their vehicles).

This is under the assumption that the accident was a minor one, but what about more serious cases where you sustained injuries? If you decide to sue...

2. You’ll be suing the employer, not the ambulance driver

Separate from claiming for damages to your car in the point above; you can file a civil suit (lawsuit) if you sustained injuries as a result of an accident with the ambulance – assuming that the ambulance driver was at fault. However, your lawsuit would be directed at the driver’s employer, not the driver himself.

[READ MORE: What happens if you can no longer work after getting into an accident?]

In law, there’s something called vicarious liability, which is the idea that employers are responsible for the actions of their employees. This means that your lawsuit could be directed at one of the following:

[READ MORE: If a worker hurts you by accident, do you sue him or his boss?]

To illustrate, let’s say a government hospital ambulance crashed into you and –  through no fault of your own – you end up with lifelong back pain. Ignoring the irony, you decide to sue for damages. However, you won’t be suing the ambulance driver. Instead, your lawsuit would be against the Government of Malaysia.

This is covered in Section 5 of the Government Proceedings Act 1956 (emphasis added by us):

It’s best to consult with a lawyer about the viability of a lawsuit, as well as who the suit should be directed at. However, don’t go calling up law firms for that accident you had in 1986 just yet….

3. There’s a time limit for you to sue 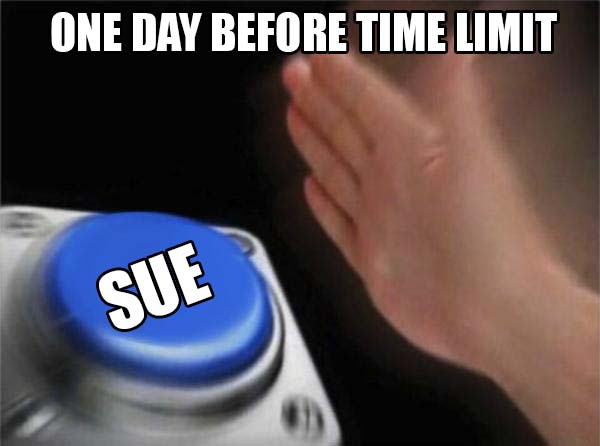 For civil suits in Malaysia, there’s something called a “limitation period” which limits how long you have to sue someone. While there are exceptions, the period is typically 6 years from when the incident occurred. What this means is that, if you were to sue someone 7 years after they crashed into your car, there’s a pretty high chance the judge won’t entertain your claims.

But when it comes to government authorities, they’ve got PAPA as an advantage.

PAPA in this case doesn’t refer to any sort of daddy, but the Public Authorities Protection Act 1948 which states that you have only a 3-year period to bring the government to court. Conversely, the government still has 6 years to take you to court.

Section 2(a) of the Public Authorities Protection Act 1948 (in part):

In the case of privately-owned ambulances, the limitation period would be 6 years as usual. Again, consult a lawyer if you’re planning on taking legal action.

4. What if you were a patient in the ambulance?

Well, in most cases you won’t comedically roll out of an ambulance during an accident, but there’s a chance you might sustain additional injuries as a result of it.

The good news is that, even if the accident was the ambulance’s fault, you won’t be held responsible for any damages or be subject to a lawsuit since you couldn’t have contributed to the accident.

Again, please consult a lawyer if something like this actually happened to you.

5. Always give way to an ambulance! 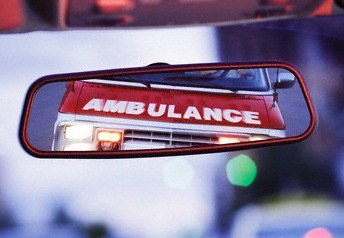 Other than being the most civic-conscious thing to do, there are some situations where you can get into hot soup if you obstruct an ambulance or any emergency vehicle (such as police cars or fire trucks). This can range from blocking an ambulance to misusing emergency lanes

If you were to block an ambulance responding to an emergency (ie, when the siren and strobe lights are on), you may be looking at up to 6 months in jail and/or a fine up to RM2,000 under Section 53 of the Road Transport Act 1987.

Not just that, you may also run the risk of having your driver’s license suspended or revoked under JPJ’s KEJARA Demerit Points System. Failure to “give priority to ambulance, firefighter, police, custom, or Road Transaction Department car (with siren)” will net you 8 demerit points. For reference, the system works on 20-point tiers, with a 6-8 month suspension upon accumulating 40 points. Click here for JPJ’s FAQ on the system, and here for a list of demerit point offences.

[READ MORE: If you illegally drive on the emergency lane and get hit, who’s wrong?]

Laws are good, but considerate drivers are better

While it might be comforting to know that you won’t be left high and dry in the event of an accident with an ambulance, it’s also important to keep in mind that not only is the life of the patient at stake, but the ambulance staff as well.

While there have been incidents of these vehicles misusing their sirens to escape traffic jams, the Road Transport Department has advised drivers to make way regardless, and lodge a complaint to the Health Ministry or the company or hospital that the ambulance belongs to.