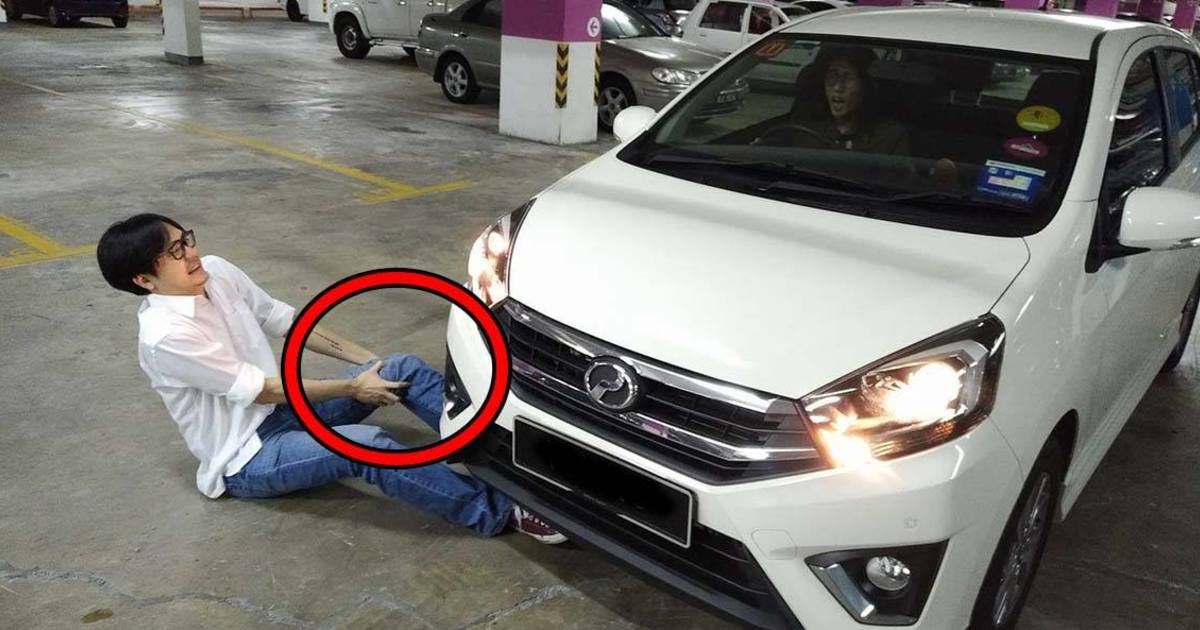 What happens if you can no longer work after getting into an accident in Malaysia?

Imagine this scenario… you’re crossing the street while the pedestrian crossing light is green. All of a sudden a car comes along and hits you, running over your leg. Your leg’s broken, but the situation’s made worse because you’re a dance instructor – how are you going to teach?

Breaking an arm, leg, or any kind of serious physical injury is generally a traumatic experience to go through, especially if it’s caused by someone else’s carelessness. It’s also at this time that you should start looking into how you can seek justice to compensate for your injuries, possible loss of income, and other related hardships. While there’s the criminal route (taking police action), and insurance claims; we’re going to focus on a third option – lawsuits.

Of course, it is simpler to assess damages for a broken arm, than, say, being paralyzed from the neck down and being wheelchair-bound for the rest of your life. And how does the court determine how much you need to be paid if you can’t ever work again?

Yes, you can take someone to court for injuring you!

Most of the time, these accidents would fall under tort claims. Tort law is a long and complicated topic but, for the purposes of this article, it can be understood as the ability to seek damages from the wrongdoer for some form of harm that is recognized by law (such as personal injury or loss of income). Before you go asking why you would want to seek damages when you’ve already been damaged enough, relax. “Damages” is a term used to refer to the compensation you’re eligible to get for the damage inflicted upon you.

The case of Ong Ah Long v Dr. S. Underwood highlights the objective of damages. They are to be compensatory in nature, as put by Syed Agil Barakbah FJ:

The award aims to try to put the victim back to where they would be before the accident. Something to also note is that a plaintiff (the person suing) can only bring a cause of action ONCE in terms of a specific injury. This means that if the court gets the wrongdoer to pay you RM10,000 in damages for your broken arm, you can’t sue the person again for the same broken arm 6 months down the line.

What are the types of damages you can sue for?

Judge Mohamed Azmi J in the case of Sam Wun Hong v Kader Ibramshah said that there are two classes for damages in personal injury actions. The first one is special damages, which has to be specifically pleaded and the second being general damages, which does not have to be specifically pleaded. The plaintiff will be able to claim both special and general damages as long as he is able to prove that he has suffered loss.

This may sound confusing, so let’s take a closer look starting with special damages.

This type of damages is categorized as the plaintiff’s actual pecuniary (relating or consisting of money) loss between the date of the accident and the date of award/settlement. However, such loss must be justified to the satisfaction of the courts.

Examples of special damages are: Hospital bills, personal items and effects, and transportation expenses. Let’s have a go at these examples.

The case of Yeap Cheng Hock v Kajima-Taisei Joint Ventures considers whether the claim for the purchase of Brand’s essence of chicken and fruits was reasonable as medical expenses. The judge ruled that that since there was no medical evidence such foods were necessary, and in light of food and nourishment provided by the hospital, he was not prepared to award the compensation.

Now that we’ve seen some of the common types of special damages, let’s take a look at general damages.

General damages are awarded for losses that are more intangible in nature and are subsequently more difficult to quantify. It also includes the plaintiff’s non-monetary (non-pecuniary) losses whether pre- or post-trial, and pecuniary (monetary) losses that may be incurred after the trial. For example, the time between getting into a road accident and going to court, you’d probably be in pain. That falls under pre-trial non-pecuniary loss.

Examples of general damages are pain and suffering, loss of amenities, and loss of future earnings.

The case of Yang Salbiah & Anor v Jamil bin Harun gives us the lowdown on the award for loss of future earnings.

...capital sum which, after all proper deductions, will represent her loss of earnings…

The award is a nominal one, unless the plaintiff can prove that the future loss is sufficiently severe to merit a substantial award. This means that chances are the damages you’ll be awarded with is a token sum unless you can prove that your future loss is so great that it convinces the court to give you a more substantial award. Of course this list of general damages is not exhaustive.

That sounds pretty good. ...Or does it?

It feels real good (not to mention comforting) to have an avenue to pursue a cause of action, if we need one. However, a successful claim for damages is not as simple – all of them have requirements and some of them can be quite restrictive. For example, If you wanted to claim for treatment you got from a hospital overseas, it must be reasonable and there must be justifications (i.e., the treatment is only available in that particular hospital).

Furthermore, award for loss of future earnings would be a lot less than you think. This means that your compensation may not be as simple as taking your last drawn salary and multiply it by amount of months you can’t work. The courts take ‘vicissitudes of life’ (changes in life and circumstances, usually for the worse) into account when they decide on the amount of compensation for loss of future earnings. The idea is that chances are you won’t be employed and be making money 100% of the time, so there is a deduction there.

All in all, the keyword is fairness – The victim must be compensated, but the wrongdoer also shouldn’t have to overpay. It’s also at this point that we should mention that every case is different based on the circumstances. It’s best that you seek a qualified lawyer for further advice.