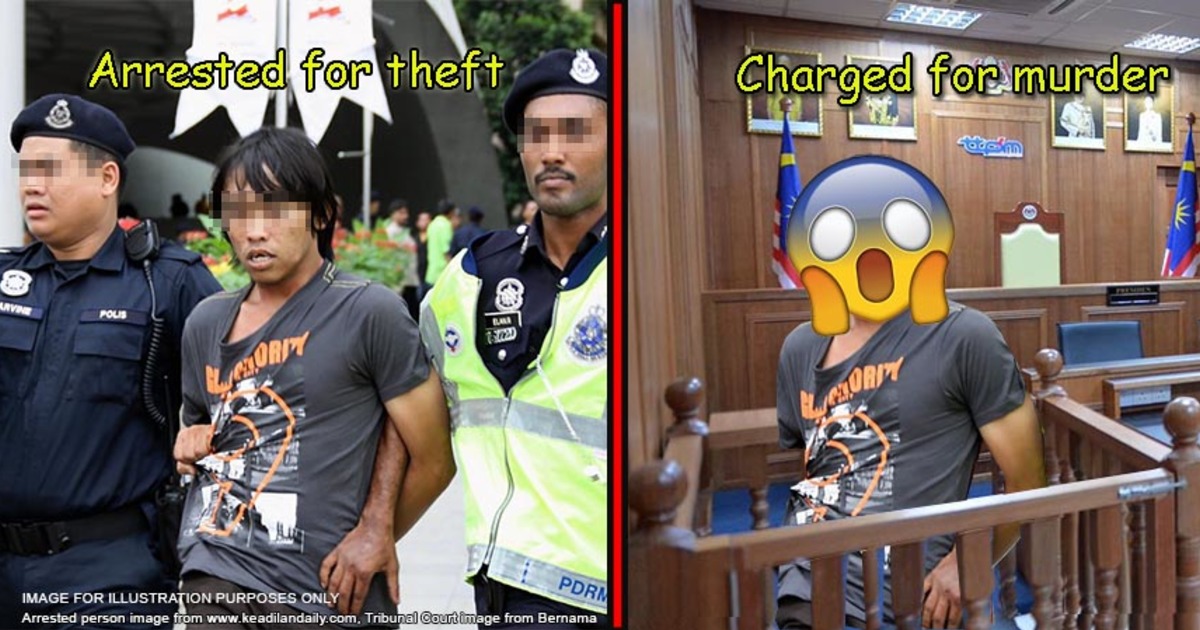 Why do some Malaysians get arrested for one crime and charged for another?

If you have been keeping up with the news, you would have heard of some cases where Malaysians have been arrested for one crime but then they ended up getting charged or convicted for a different crime.

The most common example that Malaysians would be familiar with is when someone gets charged with murder but convicted with manslaughter instead (to get the difference between murder and manslaughter, click here). Other than that, there was the case of the Datin that was charged with attempted murder of her maid, which was then reduced to causing grievous hurt, sparking outrage online to the point that a petition was created.

The question of the hour...

Can they randomly change the charge?

We have covered how a criminal trial works in Malaysia but, in brief, once a person is arrested and the police have gathered enough evidence, the case goes before the Public Prosecutor. The person who is in charge of charging (heh) Malaysians with crimes is the Public Prosecutor (which is sometimes referred to as the PP). You can read more about the Public Prosecutor’s powers in our article here.

[READ MORE: Why are some Malaysians released after getting arrested?]

The Public Prosecutor then decides whether or not there is enough evidence to prosecute. If there is, the arrested person will be formally charged in court. If the accused pleads not guilty to the crime, the case will proceed to trial.

This leads us into the first type of scenario wherein a charge can be amended is before the case formally starts. This means that at any time before the charge is formally read out to the accused, the Public Prosecutor is allowed to amend the charge. This is allowed to enable the prosecutor to choose the best charge depending on the evidence that is found after the investigation.

The third way a charge can be amended is when the court themselves decide to amend the charge. Similarly, the section that gives them this power of amendment is found in section 158:

Any Court may alter or add to any charge at any time before judgment is pronounced. To see how the court exercises their power under section 158, we must cross-reference it to section 173(h)(ii) which reads:

If the Court finds that a prima facie case has been made out against the accused on an offence other than the offence charged which the Court is competent to try and which in the opinion of the Court it ought to try, the Court shall amend the charge.

The section basically says that if the court realises that a prima facie case (basically, on the face of it and you can read more about it here) has been made out for another offence than the one the accused is initially charged with, the court can amend the charge. Similar to why the prosecutor is given the power to amend, the court has such a power in order to ensure that the accused gets a fair trial.

The severity of the charge is determined by the prosecutor and the court cannot compel the prosecution to proceed with a heavier charge if he is content with a lesser one. To summarise it for you guys, there are 3 scenarios where a charge can be amended:

However, the court or the prosecution cannot randomly use their powers because at the end of the day…

Justice is the final consideration

It is a common saying in law that justice must not only be done, it must also be seen to be done. This means that neither the court nor the prosecutors are allowed to use their powers simply to oppress the accused. They must use it to ensure that the accused gets a fair trial and that the prosecutor must not act with the view to merely obtain a conviction.

At the end of the day, the purpose of a charge is to let the accused know clearly what he is being charged with and this will allow him to prepare his defence, facilitating a proper trial.