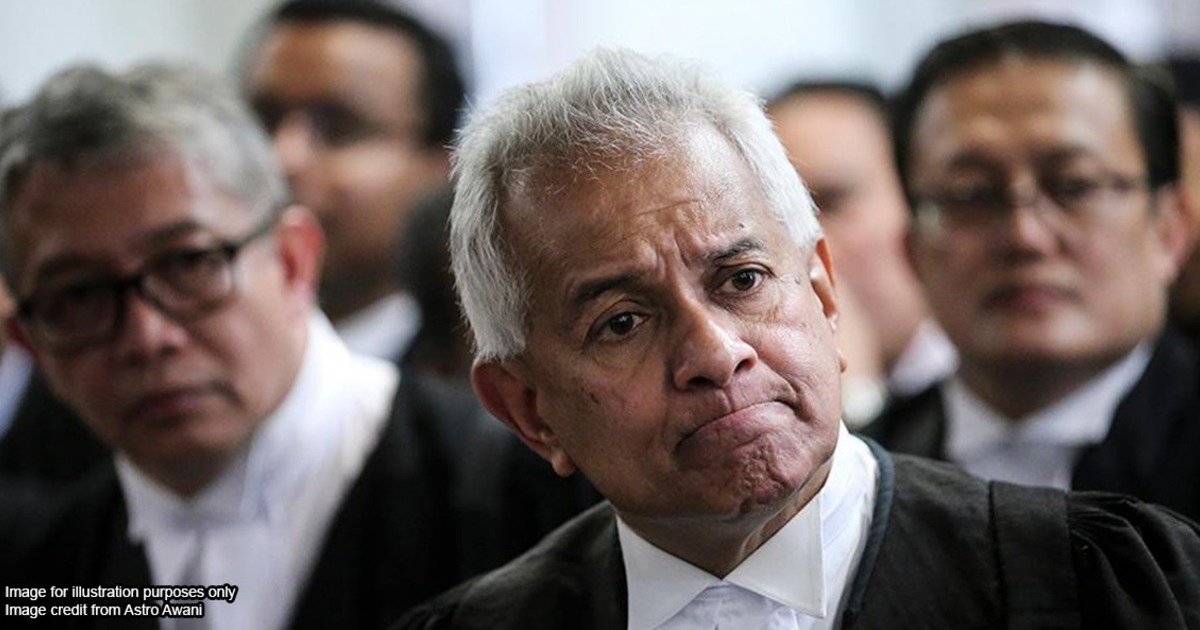 Malaysia's Attorney General has just resigned... But what does an AG do?

When you report an incident to the Malaysian police, what they need to do (in summary) is gather information, then file an investigation report with the Public Prosecutor (PP) - who is also known as the Attorney General (AG). You may have heard a lot about the AG and his Deputy Public Prosecutors (DPP) in news reports where a criminal was charged in court, but what do the AG and his DPPs actually do?

As we write this, we don’t have an Attorney General, as Malaysia’s former AG, veteran lawyer Tommy Thomas, has just resigned. The new AG has not been confirmed yet, but we’ll update this article when that happens.

So, how exactly can a person become the AG of Malaysia? Is it a job that anyone can apply for?

It’s not easy to become the AG

The position of Attorney General itself is created by Article 145 of our Federal Constitution, and you might be disappointed to learn that it’s not a position open for applications. To become the Attorney General, you have to be selected by the Yang di-Pertuan Agong, on the advice of the Prime Minister. But even to be considered in the first place, you have to be qualified as a judge of the Federal Court of Malaysia (the highest ranking court). According to Article 123 of the Federal Constitution, to qualify as a Federal Court judge, a person needs to:

That’s quite a resume you need to have on top of being hand picked by the Agong (with the Prime Minister’s input of course). For a job that is so difficult to get, the duties of the Attorney General are:

Article 145(2) - Federal Constitution
“to advise the Yang di-Pertuan Agong or the Cabinet or any Minister upon such legal matters, and to perform such other duties of a legal character, as may from time to time be referred or assigned to him by the Yang di-Pertuan Agong or the Cabinet, and to discharge the functions conferred on him by or under this Constitution or any other written law.”

In very basic terms, this means that he’s the government’s head lawyer. The Attorney General of Malaysia also has roles as:

That’s a lot of official roles to have for one person, so it seems that the AG holds a position of great responsibility, so what are the AG’s great powers?

The Attorney General controls all criminal proceedings in Malaysia. From Article 145(3) of the Federal Constitution, the AG has the power to start, conduct, and discontinue any legal proceedings for a crime, other than those governed by a Syariah court, a native court (those that enforce native laws and customs), or a court martial (those that deal with the military). This means that he decides if a crime gets brought to a criminal court, and what crime a person gets slapped with.

[READ MORE – Here’s what happens in a criminal trial]

Since the AG also sits on the Pardons Board of every State in Malaysia, he is also one of the people who decides if a criminal can get a Royal Pardon for the Sultan of that State - and therefore escape punishment for their crime. We’ll get more into how that works in a future article!

The “badder” you are, the “better” the law will be

Under Article 145(3) of the Federal Constitution, the Attorney General has the discretion to charge criminals in court. This discretion allows him to choose whether or not to bring a case to court at all. It helps to prioritize serious cases, put cases that don’t have enough evidence yet on standby, and also throw out frivolous cases.

The AG also considers what law to charge a person with. To use an example from Tun Mohamed Suffian (a former Lord President of our Federal Court) - let’s take A, B, and C who were found in illegal possession of a gun. A had a gun license but forgot to renew it, B never had a license but has a criminal record, and C never had a license but is a well-known murderer that very few people are willing to testify against in court. Does the AG have to charge these people equally?

This matter came into question in the case of Johnson Tan Han Seng v PP in 1975. Johnson was charged with illegal possession of a firearm, but not under the usual law under Section 8 of the Arms Act 1960 which carries a maximum prison term of 7 years. He was instead charged under an emergency law made for the 1969 riot - Section 8 of the Firearms (Increased Penalties) Act 1971 which has a maximum prison term of 14 years.

The answer is yes, if the Attorney General sees fit, he can charge a criminal under a harsher law instead. The AG can choose to charge repeat offenders, or hardened criminals with harsher laws, just like how a judge can decide whether to give the minimum or even the maximum penalty. If you’re wondering how this ties in to our right to equality before the law in Article 8 of the Federal Constitution, you can see it as the Attorney General treating all first-time offenders equally, and all repeat offenders equally. It does not mean that the AG will treat a desperate parent who stole some food the same as a hardened robber with a gun.

From that, the AG also has to consider which court to charge a criminal in. This is because the lower courts of Malaysia have an upper limit on the judgments they can give out. For example, a First Class Magistrates Court can only hand out sentences of up to 5 years of imprisonment, or up to RM10,000 in fine as stipulated by Section 87 of the Subordinate Courts Act 1948. Whereas you’ll find that Section 22 of the Courts of Judicature Act 1964 gives the High Court of Malaysia the power to pass any sentence allowed by law. So if the AG needs to charge a death penalty case, he’ll bring it to the High Court instead of a Magistrates Court, but he’ll send a minor crime to a lower court to save the High Court’s time.

It’s a powerful and necessary position

The administrative work and lawyering aside, the Attorney General of Malaysia is a powerful person. It’s that much more important for this person to be well versed in the law, hence the high requirements to qualify as the AG.

However, the AG’s powers are often criticized for being too wide because they can be abused. For example, if the government commits a wrongdoing, then the AG has the power to decide whether to prosecute the government or not. While in the past, the AG was considered to have absolute discretion over his duty to prosecute criminals (Long bin Samat & Ors v Public Prosecutor), the position of law shifted in the case of Rosli bin Dahlan v Tan Sri Abdul Gani bin Patail & Ors to say that the AG’s decisions can be challenged in a court of law by anyone who is affected by that decision.

[READ MORE - How do you take the government to court for an abuse of power?]

Since GE14, the Pakatan Harapan government has promised to separate the role of Attorney General from that of the Public Prosecutor. In theory, this means that the Attorney General will still advise the government on legal matters, but the power to prosecute people in the courts will rest with the Public Prosecutor instead. So far, the laws around this have yet to be amended, so we’ll have to see exactly how this plays out in future.