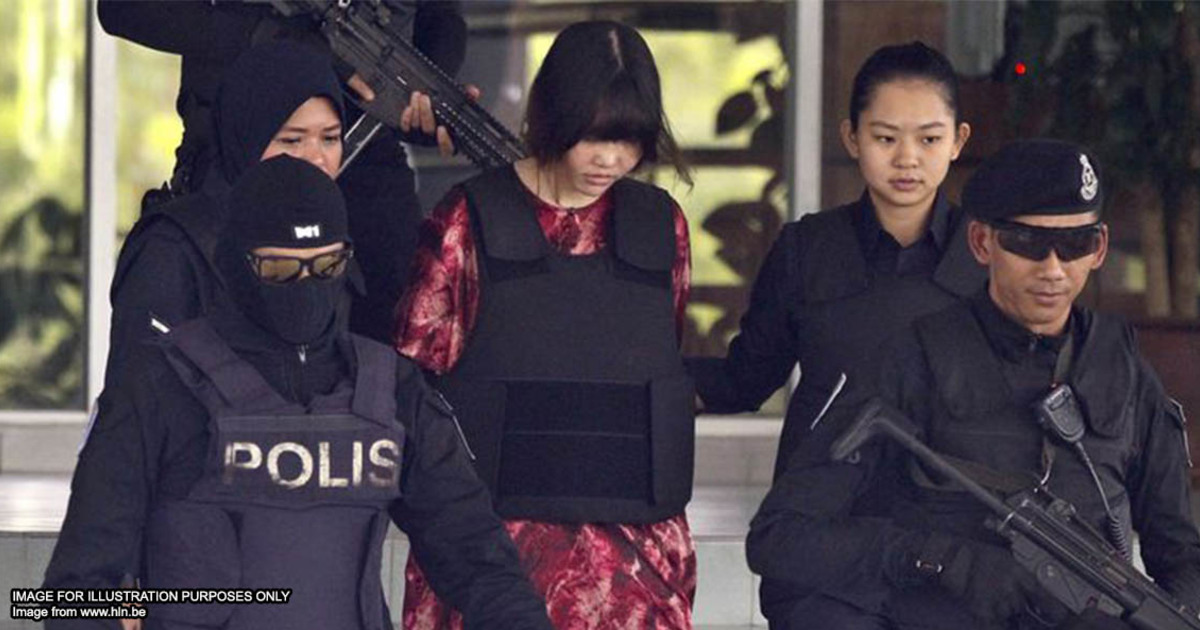 Some Malaysians are released after getting arrested for a crime. Here's why

We are no strangers to scenes depicted on television of high speed car chases, where policemen brandish guns at criminals and then tackle them before hauling them off in handcuffs. Next thing we know, the scene transitions to one of the said criminals dressed in jumpers, with shaved heads in a court room. Then it becomes a scene in prison before the lead detective spews out a spiffy catchphrase and the end credits roll.

We roughly know how criminals are apprehended and what happens to them after but the part that is blurry to us is how a criminal trial works. An example of this would be look at the OUG shooting where a real estate agent was gunned down in Taman OUG over whispers of a business deal turned sour. Eight suspects were initially arrested, which turned into seven of them getting charged and...all of them acquitted (getting off without punishment).

However, you might be confused as to why eight arrested people turned into none of them getting thrown into jail. This illustrates that the average Malaysian is not informed of how a criminal trial proceeds in Malaysia. Without further ado, let’s dive into how a trial starts.

It starts off with an arrest

Most Malaysians would know that arrests happen first but getting arrested doesn’t mean that you are guilty. Getting arrested simply means that you have been accused of, is connected to, or is suspected of committing an offence. The purpose of arresting you is to facilitate the police investigation to determine what offence has been committed and to see if there is sufficient evidence to charge you in court.

[READ MORE: How do I know if the PDRM is arresting me?]

Getting arrested also doesn’t mean that the police get to keep you indefinitely. Following section 28 of the Criminal Procedure Code (“CPC”), if the police arrested you without a warrant and cannot complete their investigation within 24 hours, and they believe that there are grounds for believing that you might have committed the offence, they have to produce you in front of the Magistrate within the said 24 hours (excluding travel time) to request for a remand order. If you were arrested pursuant to a warrant, the police must bring you to court without an unnecessary delay.

Now, what is a remand order? A remand order is essentially an order from the Magistrate allowing for you to be detained longer than 24 hours. The period in which you can be detained for depends on the length of imprisonment of the crime you are being investigated for.

[READ MORE: What are your right if you get arrested by the PDRM?]

At this stage in time, you are formally known as a suspect.

For those who are wondering, if you have not been arrested but have been called in to answer some questions, you are bound to state the truth and answer the questions as well. You can only exercise your right to remain silent under section 112(2) of the CPC if your answer might incriminate you.

Okay, assuming that the police has enough evidence after their investigation, the next stage is…

You get charged in court

We know that the word “charged” is typically seen in news reports but not many of us know what it entails. Getting charged essentially means that police investigations have revealed sufficient information for you to be brought to court and the charge (or charges) against you will be laid out in a charge sheet.

As stated in the case of Mohamed Humayoon Shah, a charge sheet is essentially a notice to you of the offence that you have allegedly committed. This is where Form 27 CPC and sections 152-154 lays down how a charge is to be drafted and all the necessary information that must be listed down.

At this point in time, you are formally known as the accused.

The judge will then read the charge out to you and he will ask you whether you plead guilty or wish to claim trial (plead not guilty). What happens next, depends on what you answer.

If you plead guilty, section 173(b) provides that the court can convict you on your guilty plea provided that he determines that you understand the nature and consequences of pleading guilty. In doing so, the judge will look at whether you understand that upon pleading guilty, there will be no trial, you wouldn’t be able to appeal your conviction, and the judge is allowed to pass the maximum sentence on you.

Aside from ascertaining that you understand the nature and consequences of your plea, the judge also has to ensure that your guilty plea is unreserved, unqualified, and unequivocal. This means that it cannot be subject to any other conditions. In essence, a plea is unreserved, unqualified, and unequivocal when you plead guilty because you did commit the crime and there were no excuses or other reasons that caused you to commit the crime.

To understand how the 3 Us work, let’s take a look at this cases.

In Munandu, the accused pleaded guilty to stealing a bicycle but said that he did so because he was drunk and mistakenly thought that the bicycle was his. It was held that his guilty plea was not unreserved, unqualified, and unequivocal because while he admitted to the crime, he did so with the proviso of being drunk at the time.

If you claim trial (plead not guilty), the prosecution will then begin its case by laying out all the evidence, calling in witnesses and so on. This is where all the dramatic (or not) examinations of witnesses, evidence, and the accused happens. A criminal trial always starts with the prosecution opening it’s case first. This means that they will present all their arguments and evidence to the judge before you do. Before you yell about how unfair that is, there is a specific reason why trials proceed in this manner.

The prosecution has to prove that you committed the crime

The first thing the prosecution has to do is prove a prima facie case, and if this is proven, they then have to prove their case beyond reasonable doubt.

Dealing with the prima facie case first, prima facie is basically Latin for “on the face of it” or at “first glance”.

While there are two different schools of thought as to what amounts to a prima facie case, we won’t delve into that for the purposes of this article. To explain it as simply as we can, a prima facie case is proven when the prosecution has produced evidence to prove every ingredient of the offence, which if you fail to explain, will result in you being found guilty.

It will be the judge’s duty to decide after the prosecution has finished presenting their case whether or not they have managed to establish a prima facie case against you.

If the Court finds that the prosecution has not made out a prima facie case against the accused, the Court shall record an order of acquittal.”

Assuming that a prima facie case has been made out against you, you will then have to defend yourself. The trial comes to an end after you finish presenting your defence and the judge will consider all the evidence that has been put forth and decide whether or not the prosecution has proven their case beyond reasonable doubt.

If you are wondering what in the world is “beyond reasonable doubt”, it simply means super duper high level of guilt. If we are looking at it in a mathematical sense, the level of possible guilt must hit 99%. This means that if your defence has planted seeds of doubts in the judge’s mind, he is not allowed to convict you as the case has not been proven beyond reasonable doubt. The case of Mat lays it out:

After you have been convicted, the judge will sentence you. The length of the sentence will depend on a plethora of factors which we won’t dive into for this article but it includes, among others, whether or not it is your first offence, your age, and victim impact statement (basically a statement from the victim/their family explaining how their crime affected them).

If you confused about how trial works, let’s put this example out for you guys:

Ali was arrested for theft.

After police investigation, there was enough evidence to charge Ali in court.

The prosecution opens their case and at the close of their case, the judge decides that there is a prima facie case against Ali.

Ali is directed to present his defence.

At the end of the trial, the judge considers the evidence put forward by the prosecution and Ali’s defence.

The judge decides that Ali’s defence doesn’t make sense and the prosecution has proven beyond reasonable doubt that Ali has committed theft.

The judge sentences Ali to jail.

There you have it folks. The above is a brief overview on how criminal trials work in Malaysia but…

All the above steps show why sometimes, an arrest doesn’t result in people getting thrown in jail. There are steps to adhere to, investigations to gather evidence, and most importantly, a court hearing to see if you have actually committed a crime. In fact, there are plenty of other things that happen alongside a criminal trial or in a criminal trial (such as bail requests and appeals) that will be covered in separate articles.

For now, we hope that this article shows that there are plenty of steps involved in proving a crime and an arrest is just the first one.