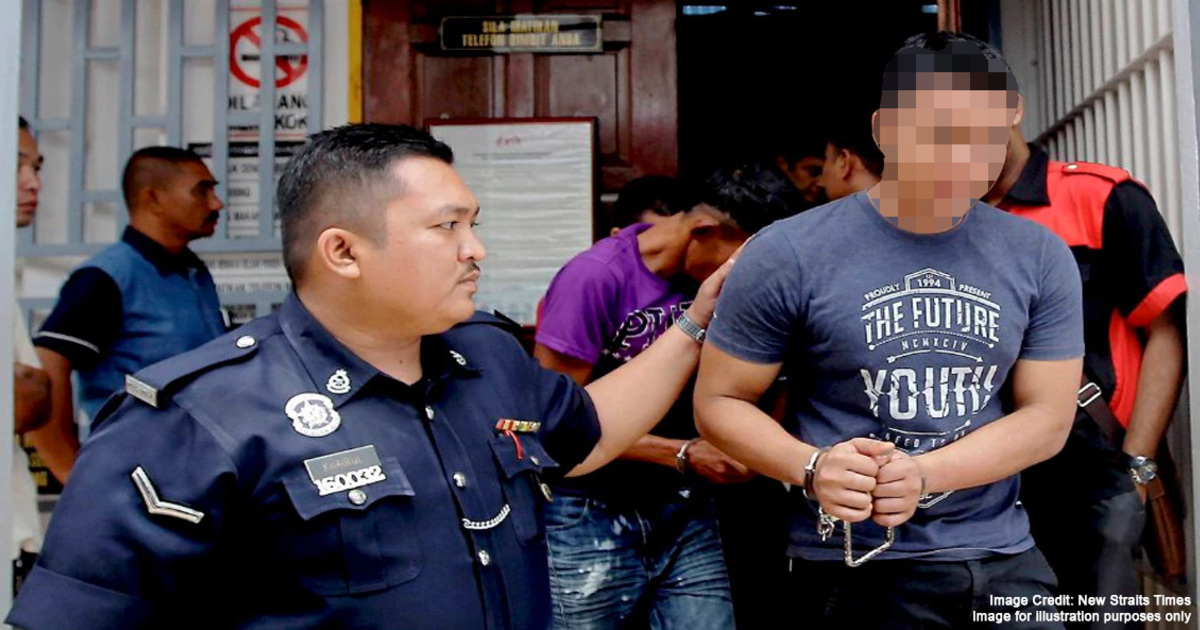 What are your rights if you get arrested by the PDRM?

about 5 years ago Arjun

A bad day for some might be having a flat tyre on the way to work, for some it may be getting arrested by the PDRM. You may think that you would only get arrested if you were caught doing a serious offence like theft or assaulting someone. But, there are instances where you actually can get arrested for something less serious like unpaid summonses.

We hear a lot about Miranda Rights on TV shows – the “You have the right to remain silent...” stuff – but what rights do you have if you’re arrested in Malaysia? Not just that, how would you know if the PDRM are acting within their powers?

PDRM must tell you why they are arresting you A.S.A.P

One of the first questions you might ask is: How do you know if you are being arrested in the first place? Will the arresting officer tell you he is arresting you?

The answer is –  NOT NECESSARILY.

An arrest will only be lawful if the PDRM satisfies the requirements in Section 15 of The Criminal Procedure Code, or the common law (established cases).

According to the case of Chong Fook Kam & Anor v. Shaaban & Ors [1968], a common law arrest occurs when:

“A police officer states that he is arresting OR uses force to refrain the individual concerned OR when he makes it clear that he will, if necessary, use force to prevent the individual from going where he may want to go.”

If a police officer does any one of the things mentioned in Section 15(1) or Shabaan’s case, it is safe to say you are being arrested.

However, the police officer must inform you why you are being arrested either while arresting or immediately after they arrest you. Article 5(3) of the Federal Constitution provides:

“Where a person is arrested he shall be informed as soon as may be of the grounds of his arrest and shall be allowed to consult and be defended by a legal practitioner of his choice.”

The scope of this constitutional right was considered in the case of Christie & Anor v Leachinsky [1947], In this case, the accused was wrongly arrested without a warrant, and he was not informed as to why he was being arrested. The Court stated 3 important points regarding the scope of this right:

In addition to that, the court also added exceptions where the PDRM do not need to state the reason for an arrest. These instances are where the accused:

It should be stated that being arrested doesn’t mean you’re guilty – that’s something for the courts to decide. So in this sense...

The PDRM must allow you to contact your lawyer

This is probably one of the most important rights you have as a Malaysian citizen, because a lawyer can assist you and make sure the PDRM are not abusing their powers. This right afforded to you is also a constitutional right, and it is laid down in the earlier mentioned Article 5(3) of the Federal Constitution.

This right would be relevant in two scenarios which are the moment right after arrest, and during court proceedings. Simply put, you can talk to your lawyer while you are detained in a lock up, and you can also make sure you are represented by a lawyer later in court. An example of a situation where a lawyer would be useful is if the PDRM tries to detain you for longer than legally allowed. There are ways that the arrest period can be extended, but a lawyer can tell you how long you can be legally detained, as well as help get you out.

The Criminal Procedure Code actually provides the scope of the right to consult a lawyer, as well the responsibilities the PDRM has in facilitating the exercise of this right. Section 28A of the Criminal Procedure Code says that before any questioning, you must be informed that you can contact or consult a lawyer of your choice. If you choose to exercise that right, the PDRM must allow time for the lawyer to meet and consult with you. Section 28A(5) further provides that the consultation can take place within the sight of the PDRM, but they cannot listen to your conversation. In summary, you not only have a right to a lawyer, but the PDRM has a responsibility to inform you of that right and facilitate your exercise of that right.

However, this right to a lawyer is not absolute and comes with reasonable exceptions. The PDRM can deny you a lawyer if they think it would result in an accomplice escaping or some form of tampering with evidence. This can only be done with the approval of an officer with the rank of Deputy Superintendent or above. This can be found in Section 28A(8) of the Criminal Procedure Code:

“(8) The requirements under subsections (2), (3), (4), (5), (6) and (7) shall not apply where the police officer reasonably believes that—
(a) compliance with any of the requirements is likely to result in—
(i) an accomplice of the person arrested taking steps to avoid apprehension; or
(ii) the concealment, fabrication or destruction of evidence or the intimidation of a witness; or
(b) having regard to the safety of other persons the questioning or recording of any statement is so urgent that it should not be delayed.”

Further, according to the case of Saul Hamid v PP, it was held that:

“...generally an arrested person has a right to be represented by a legal practitioner in remand proceedings before a Magistrate under section 117 unless the police can discharge the onus of satisfying the Magistrate that to allow him to exercise that right would result in undue interference with the course of investigation”

In essence, the PDRM has the burden of proving that their investigation will be affected by you consulting with a lawyer.

The PDRM must also allow you to appear before a judge

This is another important constitutional right you have as a person under arrest. A democracy like Malaysia requires government officials (like the PDRM) to perform their duties according to the law. The courts supervise and make sure that these officials act within the law. So if the PDRM has acted outside their legal powers while arresting you, the courts can actually help you out. To make sure an arrested person can exercise this right, Article 5(4) of the Federal Constitution provides that:

“Where a person is arrested and not released he shall without unreasonable delay, and in any case within twenty-four hours (excluding the time of any necessary journey) be produced before a magistrate and shall not be further detained in custody without the magistrate’s authority” (emphasis added)

In other words, after an arrest, the PDRM is only allowed to detain you for 24 hours, and if they want to keep you for longer they need permission from a Magistrate. When a person under arrest is brought before a Magistrate, the Magistrate determines if the arrest and detention is done legally, and decides (if there’s a request from the police) if you should be detained longer.

The scope of this right and limitations are explained in Section 28 of the Criminal Procedure Code. It provides that the time limit of 24 hours are subject to holidays and travel time. To put it into perspective, if you are arrested on a Friday evening, you would only be brought to the Magistrate on a Monday.

Can you challenge a wrongful arrest or detention?

Actually, yes. In fact, there are 2 ways you can challenge a wrongful arrest or detention. This would be either via plea of self-defence or applying for a writ of habeas corpus. 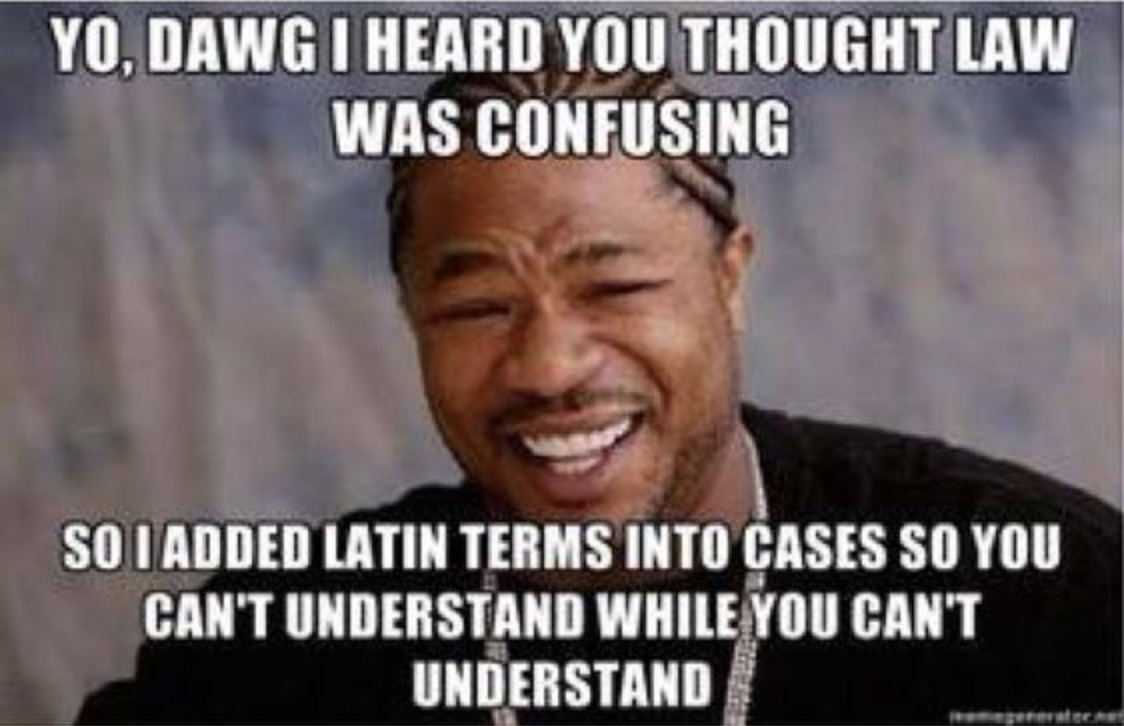 When it comes to self-defence, there are a few cases where people have been charged for resisting and assaulting police officers during an arrest. But sometimes during the trial, the courts find that the arrest was illegal. The case of PP v Ong Kee Seong(1960) explained that an accused cannot be found guilty for assaulting the police during an illegal arrest because he was acting in self-defence.

Applying for a writ of habeas corpus is basically an application to the High Court to release a person wrongly detained and is governed by Section 365 to Section 374 of the Criminal Procedure Code. The application to the High Court must be made by a sworn document, made by you as the detainee. However, if your detention was illegal it may be hard for you to make such a document; in which case someone who knows about your arrest or your lawyer can make the sworn document. This document must contain the location of arrest, the facts of the arrest, and the name of the person in charge of the arrest.

The other remedies you can receive from the court include damages (meaning you sue the police), which would be money if you suffered loss or injury as decided in PP v Kok Khee (1963). For example, if you were injured because of the unlawful arrest, you can claim for compensation to treat your injury.

An exception to wrongful arrests is when the PDRM made an honest mistake in arresting you. In the case of R v Tan Eng Hoe, the PDRM was looking for a suspect with certain physical features. They then mistakenly arrested someone with similar features. Judge Whitley J stated in the case that:

Because the PDRM acted in good faith and it was a genuine mistake, the court dismissed the claim. So if the PDRM are looking for a suspect with certain physical features and you look very similar to the suspect, arresting you by mistake will not be a wrongful act by the police.

Another scenario to consider is where a person was wrongfully arrested or detained, but was actually involved in a crime. Will his charges be dropped? Must they stop the rest of the court proceedings? Following the case of Saw Kim Hai v R(1956), it was decided that:

This basically means a criminal who is guilty of an offence can still be tried in a court of law, even if arrested illegally. However, this would not prevent them from suing the PDRM if the officers acted maliciously.

There is a more convenient way to challenge a wrongful arrest

If you feel like you have been wrongly treated by the PDRM but would prefer to avoid the costs and hassle of taking the case to court, there’s actually a free avenue for complaints via the SISPAA service that was set up by the PDRM themselves. You can file a complaint by clicking on this link.