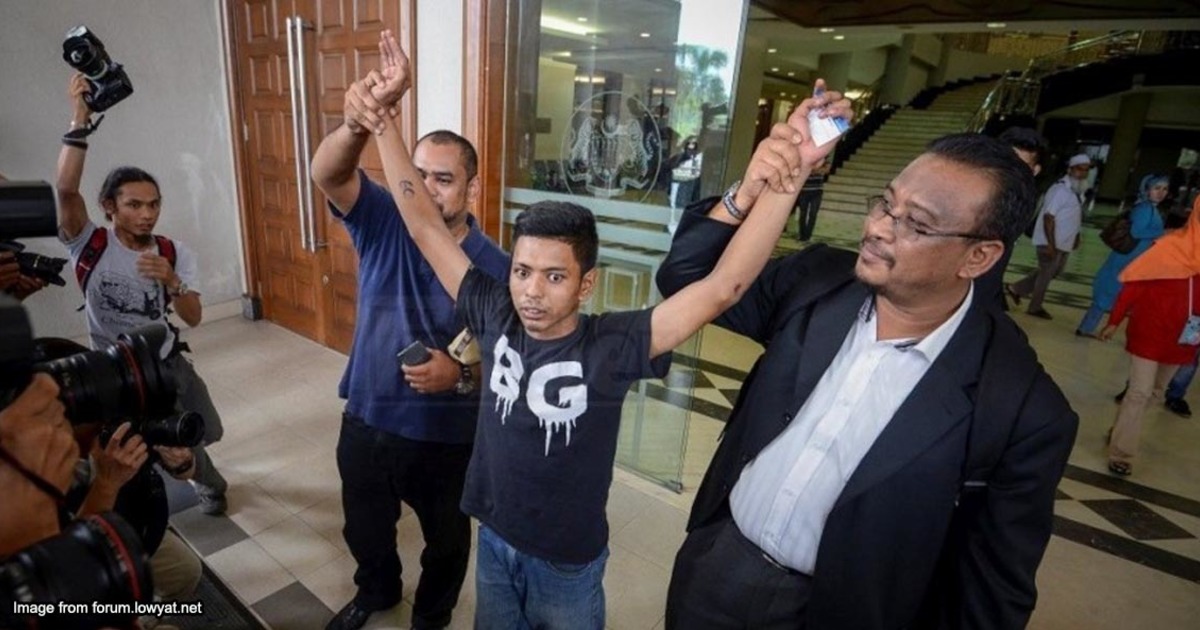 By now, everyone should be somewhat familiar with the story of the “Low Yat Phone Thief”, but here’s a quick refresher:

On 11 July 2015, 22-year old Shahrul Anuar Abdul Aziz visited Techasia Boutique in Low Yat Plaza with a friend and checked out some phones. The salesman showed Shahrul a Lenovo smartphone and, as he turned around to take a free gift that went with the phone, Shahrul purportedly stole the phone and made a dash for it down the escalator. In the chase, Shahrul fell down the escalator and was caught by staff from the OPPO kiosk at the ground floor.

Then 1 March 2018, the Court of Appeal discharged and acquitted Shahrul on technical grounds. In simple terms, the court let him go free.

Putting aside the other stuff that resulted from the theft – such as the minor riot after his arrest – we’re left with the question of how and why the court decided to free him. What makes this interesting is that he was let go because of a technicality after he was originally found guilty. So let’s first look at what happened with...

The court that found him guilty

After the prosecution presented their evidence, the judge (Magistrate) told Shahrul to enter his defence (basically to defend himself) because she was convinced that the prosecution had established a prima facie case against him. Prima facie means “on the face of it” and it means that at first glance, there was enough to convict Shahrul.

The judge then went on to explain that after evaluating the prosecution’s case, she was convinced that Shahrul was guilty and, if he remains silent instead of defending himself, she could convict him on the spot.

At the completion of the trial, the judge found that Shahrul failed to raise reasonable doubts against the prosecution’s case and because of that, he is found guilty beyond reasonable doubt. She then proceeded to convict Shahrul and sentenced him to 4 months in prison and RM1,000 fine.

Shahrul then appealed to the High Court on the basis that the Magistrate had committed a misdirection of law but the High Court dismissed this appeal. We won’t dissect the High Court’s judgment but what’s important to this story is that, Shahrul appealed again to the Court of Appeal.

The court that set him free

On 1 March 2018, the Court of Appeal delivered their verdict and decided to release him.

WAIT. If the first judge in the initial trial found him guilty, why did the Court of Appeal release him??

That’s because the Court of Appeal found that the earlier judge who found him guilty had committed a serious misdirection of law and this resulted in a miscarriage of justice (don’t worry, we will explain this later on).

Many Malaysians were shook by the decision because it seemed like Shahrul’s guilt was evident and because it led to what eventually became known as the Low Yat riot – though it is important to note that Shahrul played no part in the riot; he was in police custody when it happened.

This leaves us with several questions such as what is a technical ground? Can the courts let someone go on this ground even if they are sure he is guilty? To answer all these questions and more, we need to look at the core question of what is a “misdirection of law”?

[READ MORE: Some Malaysians are released after getting arrested for a crime. Here's why]

Why was he let go?

A misdirection of law is literally the meaning of the word “misdirection”. To put it simply, it happens when the judge gives the “wrong instructions” or takes a “wrong turn” during a case. It’s kinda like navigating using a GPS – if the GPS messes up, it misdirects you and takes you miles away from where you actually want to be.

In the Low Yat case, the misdirection that was claimed by Shahrul and his team was in a particular part of the Magistrate’s judgment that we quoted above. Here’s that same judgment again, with the relevant part highlighted:

The crux (and the misdirection that Shahrul’s defence team claimed) was that the Magistrate had found Shahrul guilty at the end of the prosecution’s case, before he submitted his defence.

Wait, so why can’t the judge find Shahrul guilty at the end of the prosecution’s case?

To see how guilt beyond a reasonable doubt links with the finding of a prima facie case, let’s look at one of the guidelines given by the judge in Pendakwa Raya v Mohd Radzi bin Abu Bakar. The guideline states that at the end of the prosecution’s case, the judge has to ask himself if he is willing to convict the accused if the accused chooses to remain silent when asked to enter his defence. If the answer is yes, then a prima facie case has been established.

The misdirection of law that the Court of Appeal found in the judge’s judgment is that it seemed like she had already found Shahrul guilty before he even had a chance to defend himself.

This is contrary to the law and this is why the Court of Appeal decided to let Shahrul go; on a technical reason.

What happens after he is let go?

Generally, if there is a misdirection of law, the court can actually order for the case to be re-tried. This is following section 60 of the Courts of Judicature Act 1964:

“...may order a retrial or may remit the matter with the opinion of the Court of Appeal thereon to the trial court...”

However, since the Court of Appeal decided to acquit and discharge Shahrul, there can no longer be a retrial. Aside from that, according to principles against double jeopardy, Shahrul can no longer be convicted of the same offence since he has been released. In other words, this is the final decision on the matter, and the case is closed.

Malaysians sometimes get mad whenever someone is set free even though there appears to be evidence that clearly shows their guilt. This is because like everything else, the law similarly has procedures that must be followed in order to ensure that everyone gets a fair trial; and when these procedures are not followed or if the law is misdirected, then the accused can be set free despite the evidence present.

[READ MORE: Some Malaysians are released after getting arrested for a crime. Here's why]