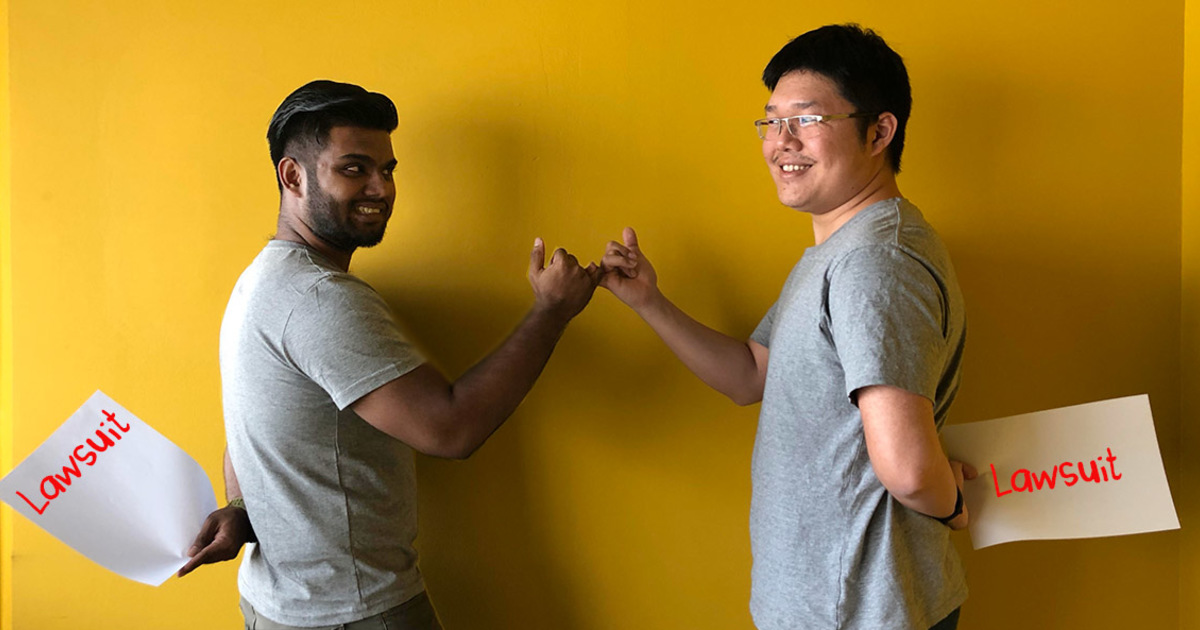 Can you sue if someone breaks a pinky promise in Malaysia?

As kids, the most solemn promise we could make to one another is a pinky promise. To break it would mean death probably some social shunning or intense Asian parent disappointment. However, as we got older, pinky promises became verbal promises which became written contracts after reading AskLegal articles.

However, you know from our articles that (most) verbal contracts are actually legally enforceable but just a taddd more difficult to prove in court. With this, our editor had the brilliant idea to wonder...are pinky promises legally enforceable?

The answer will shooketh you because...

[READ MORE: What happens when you sign a contract without reading it in Malaysia?]

We know some of you might find this incredulous while others might be busy ringing up Johnny from Standard 5 to ask him if he remembers pinky promising you his limited edition Spiderman comic.

To quell that incredulousness (or give you the legal knowledge to put Johnny in his place), let’s look at the Contracts Act 1950 ("CA 1950") to find out what makes an agreement and what turns that agreement into a legally binding contract.

Section 10 tells us what turns an agreement into a legally binding contract and to sum it up for your guys, it’s these following points:

Consent is defined in section 13 and section 14 of the CA. There is basically free consent when parties to the contract agree to the same thing in the same way and there aren’t any factors such as fraud or misrepresentation that could affect it.

Competency is defined in section 11:

In summation, competency to contract is found in two things:

Unfortunately, this means that that pinky promise with Johnny when you were 11? Not enforceable because kids can’t enter into contracts (other than for necessaries which won’t be discussed in this article).

This means that if you hire a hitman to kill someone, the contract becomes is void because it is illegal to conspire to murder.

Aside from the above, the law also looks at whether all parties to the pinky promise actually had the intention to create legal relations. Generally speaking, if you are in a social context, the law will presume that you didn’t have the necessary intention. This is the reverse in commercial situations where the law will presume that you had the necessary intention.

However, the one thing you must keep in mind is...

How difficult it is to prove a pinky promise

However, they run into the same problems as verbal contracts do. Pinky promises will be difficult to prove in court because there is no proper evidence for you to submit to the judge about the terms that were agreed upon or that the promise even exists in the first place.

Legally speaking, there is no one container of how a contract should look like. The law looks at whether the promise contains the above points and moves from there. However, given how hard it can be to prove that someone said something, our parents’ advice of always having things in black and white is a useful one to live by. Plus, certain contracts such as ones relating to land matters can only be in writing for it to be enforceable.

For now, be ye equipped with new legalese, go forth and only make pinky promises with disclaimers.

[READ MORE: Is it safe to write (or sign) your own contract in Malaysia?]

[READ MORE: How to not fall off your page when reading a 50 page contract in Malaysia]