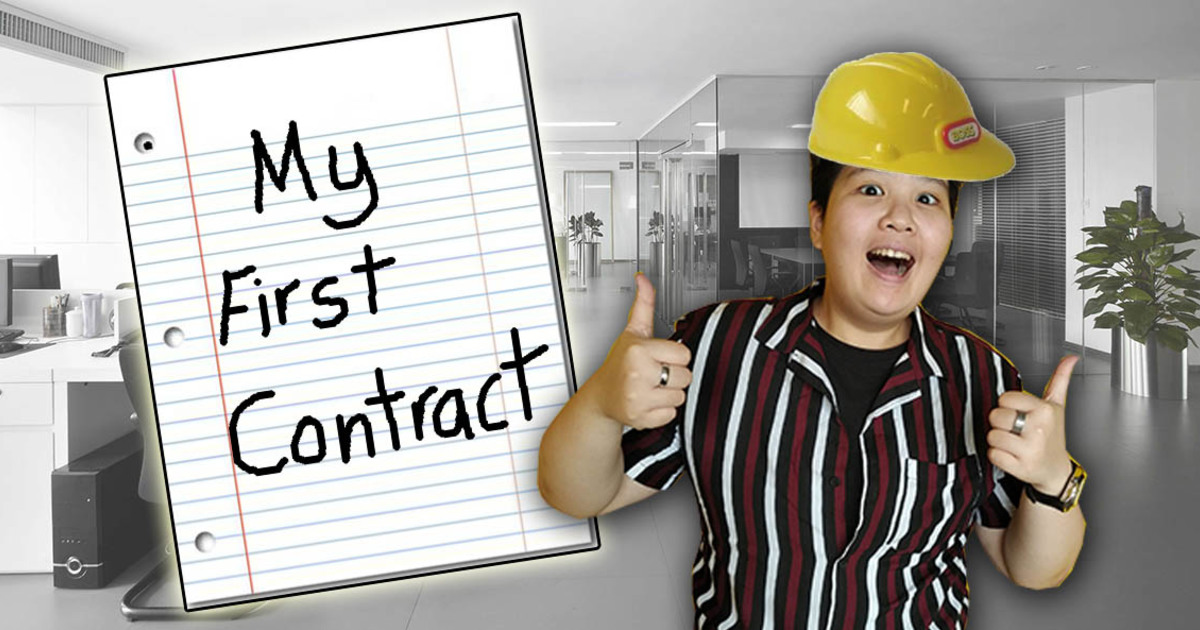 Is it safe to write your own contract in Malaysia? (Or sign one)

A couple weeks back, we got a message from a reader asking for help with a contract he signed. Here’s the scenario (not their real names):

Amir rented a room from John, the main tenant. John wrote the tenancy agreement, which they both signed.

The contact was supposed to last 6 months – the period which Amir intended to stay. Unfortunately, John had move out one month before the contract ended, which also forced Amir to move out; remember that John isn’t the landlord here… he’s the “master tenant”.

Amir wondered if he could get some compensation out of the premature ending of this agreement, and he found another tenancy agreement that stated that a tenant would be paid to 2 months rent as compensation if a landlord cancelled the contract.

This all looked promising until we saw a picture of the contract that Amir signed:

Just to make it clear, this article isn’t about sub-letting or tenancy agreements, rather, we’ll be looking at how contracts work and why you should be careful when writing or signing a DIY one. We’re using Amir’s tenancy agreement as a sample contract for purposes of discussion, so you can try to spot problems in the image above if you want to take a crack at it yourself.

If you’re thinking that this contract isn’t valid because it’s handwritten on a school exam pad, well, we got news for you...

A handwritten contract IS totally valid!

All agreements are contracts if they are made by the free consent of parties competent to contract, for a lawful consideration and with a lawful object, and are not hereby expressly declared to be void.

By this definition, you actually enter into contracts every day without knowing it. For example, if you order a roti canai for breakfast, a contract is formed when you request for the roti canai (the lawful object), which is given to you in exchange for money (the lawful consideration). If that’s the case though, why do people still insist on going through the hassle of preparing and signing contracts instead of pinkie-promising their way through life?

This due to two main reasons:

But even if you had it written down, a contract that’s badly-worded or ambiguous can still be problematic. This brings us to the fun part...

Why Amir’s contract is a “bad” contract 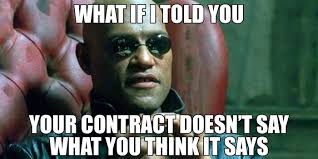 In order to see how a badly-written contract can cause problems down the line, we sent Amir’s contract (with his permission) to practicing lawyer and Asklegal contributor Dinesh Sadhwani to point out some obvious issues.

Before you say it, yes – a lot of this will sound like nit-picking.

Understandably, some of you might roll your eyes and mumble something about lawyers purposefully making life complicated, but it’s also worthwhile keeping in mind that a contract doesn’t matter when things are going smoothly… it only matters when things go wrong. If John didn’t have to move out, the contract would have quietly expired without an issue and this article would never be written.

From the contract, we know that Amir is obligated to pay RM450/month in order to live in the space.

However, it doesn’t mention WHEN he needs to pay it.

“A contract is all about the certainty of the subject matter. The more certain it is, the more enforceable.” – Dinesh

This means that, without a specific time frame, a sneaky tenant could delay payments to any time within the month without violating the contract. Here’s how most contracts will lay out rental terms:

Having said this, it doesn’t mean that you’ll be continuously trolled by your tenant just because you forgot to specify the payment period. The Contracts Act provides a stipulation that, if no specific time is specified, the performance of the promise (in this case paying rent) must be done within a reasonable time frame.

Section 47 of the Contracts Act 1950 – Time for performance of promise where no application is to be made and no time is specified:

Where, by the contract, a promisor is to perform his promise without application by the promisee, and no time for performance is specified, the engagement must be performed within a reasonable time.

However, given the subjectivity, this still begs the question (and can trigger an argument) as to what constitutes "reasonable time".

2. “ Damage to furnitures n mattress will forfeit from deposit “

No landlord (or master tenant in this case) wants to have their stuff broken, so most tenancy agreements would include a clause that fixtures need to be taken care of. In this case, Amir has to take care of the furniture and mattress during the time he’s living there, or risk losing his deposit.

While this sounds fair enough, the devil is again in the details:

If you read the contract closely, the forfeiture of the deposit seems to be very specific i.e. in respect of damage caused to the furniture and mattress. The phrase "furniture" may be sufficient to cover cupboards, chairs, desks and the like, but there may be other items in the room which are arguably not covered by this definition (e.g. glass window or heater for the shower).
The question that can arise is who will be responsible if, for example, the glass window breaks or the heater malfunctions not due to the tenant's fault. - Dinesh

But it doesn’t end here. Even for the items specifically mentioned (the furniture and mattress) as being within Amir’s responsibility, the question will arise as to what will happen if, for example, Amir was given an old mattress that falls apart the first time he sleeps on it. The landlord will obviously try to push the responsibility/liability to Amir (“It’s in the contract!”), even though it wasn’t due to Amir’s fault or negligence. Amir could counter-argue that it’s an implied warranty that the mattress will be in good condition – but again, there is no clear-cut answer and can become a point of argument.
This, by the way, is also why tenants are always asked to inspect the fixtures before they sign a tenancy agreement.

3. “ Tenant need to maintain cleanliness of the common bathroom “

Along with taking care of the fixtures, Amir also has to keep the common bathroom clean for the comfort of everyone who uses it. If he doesn’t, he’ll be…be… what?

“The contract doesn’t say what happens if the tenant breaches this part of the agreement. “ – Dinesh

Dinesh clarifies that it can be argued that the cleaning service charge of RM15/month in the next line is the implied penalty, but it can be pretty contentious due to the wording, since there’s no clear connection between the two. In other words, this is the equivalent of a TV show trope where one character says “You’d better do it, or else.” and the other character cockily replies “Or else what?”.

TLDR; Whether you’re signing or writing a DIY contract, it’ll be to your best benefit to write down the obvious to avoid any problems in interpretation down the line, even if it’s something that would make sense without being said.

Does this mean you always need to hire a lawyer to write a contract?

Despite everything you’ve just read, the answer to this is actually no. Other than writing your own contract, you can also use template or sample contracts downloaded from the internet. At the end of the day, it’s the responsibility of both parties to discuss and properly understand the terms before signing.

[READ MORE: What happens if you sign a contract without reading it?]

Dinesh provides some general tips to keep in mind:

Lastly, don't assume or accept that there are "standard" contracts - despite what anyone might tell you.

“ Contracts are usually assumed or accepted by laypersons as standard because the majority of us lack bargaining power to negotiate the typical significant contracts we sign (real estate purchases, car purchases, bank loans, etc).

The fact is that, unless the law says that a contract must have (or cannot have) certain terms or must follow a certain format, there is nothing to stop the parties from negotiating and drafting or amending a contract however they want. This is a fundamental principle under contract law – freedom of contract.” – Dinesh

If you think reading contracts will give you a brain aneurysm, Dinesh has written a cheat sheet to help you read them easier and impress your friends and family:

[READ MORE: How to not fall off your chair when given a 50 page contract in Malaysia]