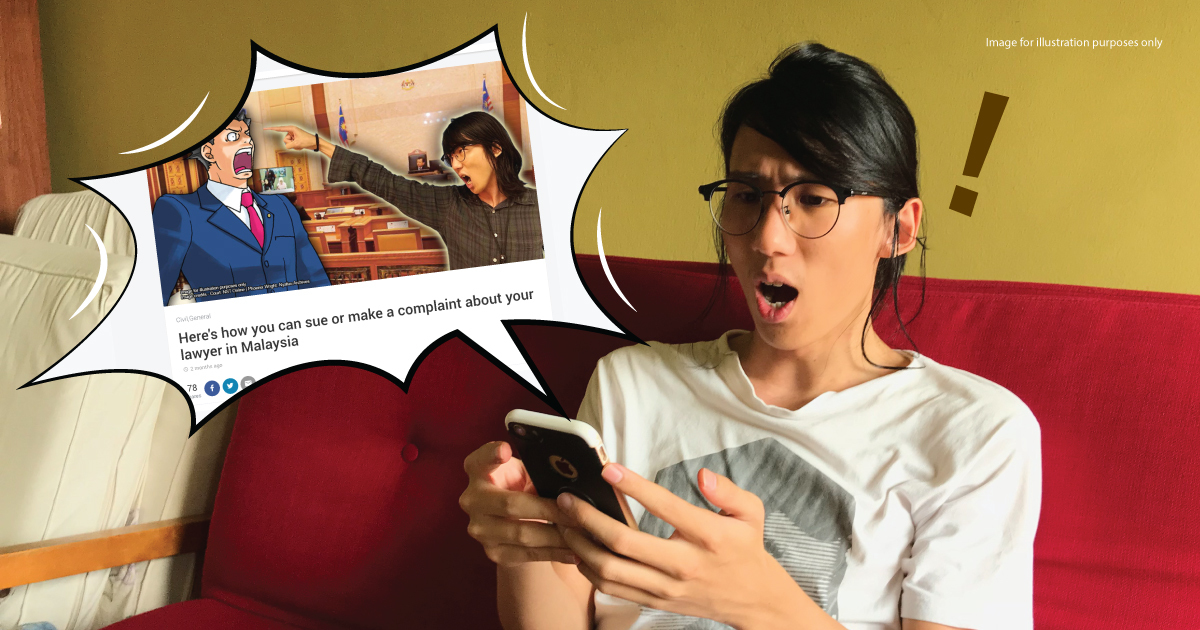 Can people legally use your photos without permission in Malaysia?

Imagine yourself relaxing in your favourite room, laying back in a comfy chair with your smartphone, scrolling through social media. You’re a bit bored and you’re looking for something interesting to read or watch.

That’s when you come across an advertisement with a picture of someone looking really happy. It’s kind of familiar… Because it’s from a photo of you a few years ago!!

Wait, how did they get your photo? Your minds races trying to figure out how on earth they did it, and hey - even if they found it on Facebook, they should have asked for your permission to use it, right?

The answer to whether you can sue and should you sue lies depends on whether your permission was needed in the first place. And to answer that...

It depends on who owns the photos

Well, whether or not someone needs permission to use your photos in the first place depends largely on whether you took those pictures, or if they were taken by someone else. It’s a distinction most people don’t need to use in real life, but it’s really important for to see whose permission is required to use the photos.

To be clear about this, Section 3 of our Copyright Act 1987 states that the “author” of a photograph is the person who made the arrangements for the photograph to be taken. This means that if you decided to hire a professional photographer to do a photoshoot of yourself, the photos taken are owned by you. In practice, here’s an idea of how it works:

Ah Zai takes a picture of himself for social media. He is the owner of this photo.

Ah Zai takes a picture of his best friend as a memory. He is also the owner of this photo.

From that, any pictures with you in them which were taken by someone else (like by a news reporter) don’t belong to you. The ownership of those pictures lies with the photographer (unless they were hired to take photos, in which case their boss is the owner).

Copyright law protects photos that you own

A copyright basically protects your right to use and distribute your work. If you’d like to get a better understanding of how it works, you might find these articles of ours interesting.

[READ MORE - How do you get something copyrighted?]

[READ MORE - Is it illegal to steal ideas in Malaysia?]

If you’re the owner of your own photo, then yes, if someone else wants to use it, they have to ask for your permission to do so. But, if Ah Zai took a picture of you like in our second example above, others have to ask him for permission to use the photo of you - because Ah Zai owns that photo.

As the owner of the photo, you can ask others to stop using your photo, and you also have the right to sue. If it’s used on social media, you can also make a report to the administrators and request that the photo is taken down.

Sounds simple so far? Here’s where it gets a little complicated - your permission might not be needed if other people use your photo in what is called “fair dealing”. Section 13(2) of the Copyright Act states that you don’t have the right to control:

“fair dealing including for purposes of research, private study, criticism, review or the reporting of news or current events”

“Fair dealing” would include the following situations:

In a sense, as long as they’re not claiming it as their own, or interfering with the value of your photo, it might be acceptable. There’s also the question of “is it even worth suing them?” to consider because well, copyright lawsuits are pretty expensive.

[READ MORE - Suing might not be worth it even if your work gets pirated!]

The thought in your mind right now might be this: But it’s a picture of me! Surely my privacy is protected by law! Can other people really just use it through copyright?

Malaysian law recognizes that people have a right to privacy, and you can consider taking legal action against invasions of your privacy if you have been hurt or suffered a loss in some way. This can mean things like harassment, humiliation, or damage to your reputation. For example, if someone uses your photo to wrongly accuse you of a crime, you may have grounds to sue them for defamation.

You might find this second point hard to believe, but there are also no laws against taking photos of people in public. This means that by appearing in public, you automatically consent to be seen by people, so you can’t stop anyone from taking photos of you. (of course, you can still hide your face)

That being said, laws are laws but there are also social norms to be considered. While it could be perfectly legal to snap pictures of people at a cafe, we still consider it common courtesy to ask people for permission to take a close-up shot of them. Keep in mind that these are only the rules in Malaysia, and people from different countries may have different views on the issue. The Star’s photography etiquette guide for travellers might be useful to you if you love taking photos overseas.

Tags:
copyright
malaysia
photography
photos
use without permission
copyright act 1987
used by others