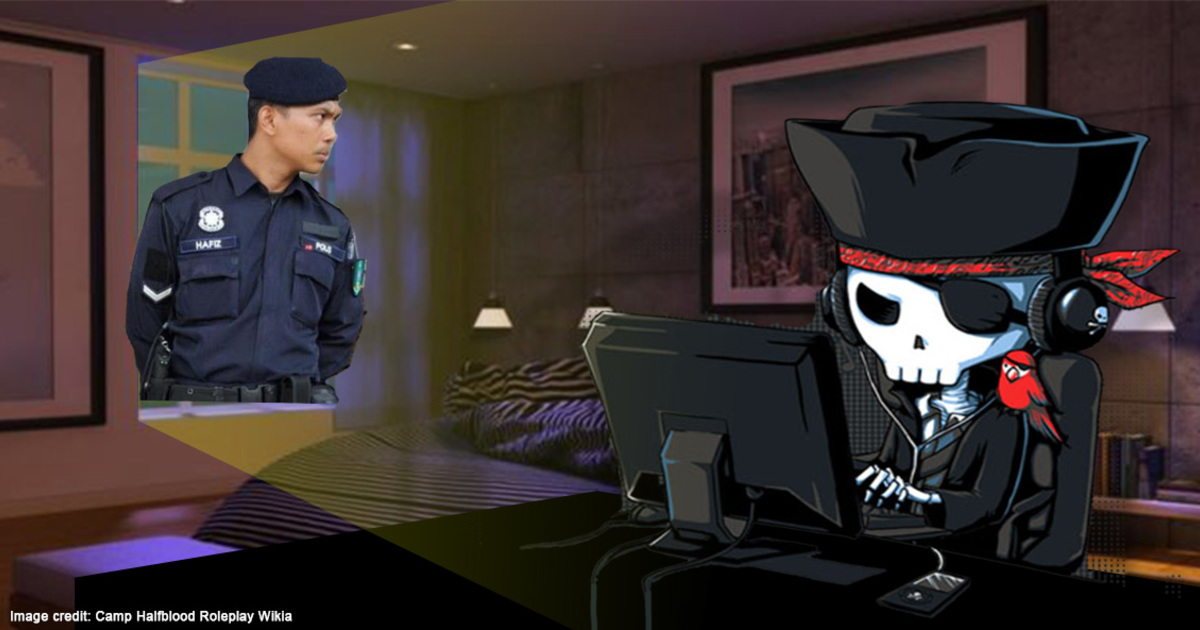 How effective are Malaysian anti-piracy laws? We asked a local game company

You see the trailer for a game that looks really interesting and exciting. But knowing how overhyped the trailers can be, you can’t decide if you should get the game or not. You don’t want to spend RM100+ and then end up regretting your purchase. What do you do at this point?

A lot of Malaysians have been in that situation in one way or another. Whether it was for music, TV shows, or games, you’ve probably wanted to try the product before buying - or maybe you just really didn’t want to pay for it. This where people often turn to piracy...

Some people pirate to try the product even though it’s technically illegal, and some plan to buy the original later if they like it. Some also never buy anything from original content creators, so piracy is often called a problem that loses creators a lot of money. We approached Malaysian game developers, Shah and Jeremy, from Kaigan Games to find out how they handle piracy for their games. They recently released Simulacra, a game where you’re on the phone of a missing woman, and you’ve got to piece together clues to find her. It's their first full-length game released after their award-winning debut, Sara is Missing.

Our laws are pretty tough on pirates, especially for games

Section 36 of our Copyright Act 1987 makes it illegal to do anything a copyright owner has control over in Section 13, which includes copying and distributing the material. The penalty in Section 41 can range from RM2,000 up to RM250,000 depending on the severity of the piracy. This law is especially tough on people who hack into the digital copyright protection that games use [under Section 41(1)(h), (i), and (j)].

That itself is enough for you to go to the police, or the Intellectual Property Corporation of Malaysia to report the incident as a crime. On top of that, a copyright owner can sue the pirates for loss of profits. That’s what you’re aiming for when you sue - to undo the damage the other party did. So if pirates steal revenue away from the creators, they should be able to sue, right?

[READ MORE - How do I get a copyright in Malaysia?]

But according to Kaigan Games, piracy isn’t the main problem for them, because if pirates don't want to pay for your game, you can't force them to.

“We have not taken any legal action against anyone!” - Shah, Producer at Kaigan Games in interview with ASKLEGAL

Turns out it’s not that simple to stop illegal downloads. It’s very difficult to prove in court that you lost profits. This is assuming you can actually track the pirates down in the first place. But while piracy is still technically illegal, in some scenarios, piracy might not actually harm creators that much.

“I don’t think piracy itself is super big right now. Developers also understand that it’s not cutting into actual revenue.” - Shah, Producer at Kaigan Games in interview with ASKLEGAL

Shah believes that piracy is not really an issue because if someone was going to pirate their game, they were probably trying it out before buying. The other possibility is that they couldn’t afford or didn’t want to buy your game anyway, so you haven’t really lost anything.

“If they pirate the game but they love the game, although you didn’t get paid, at least you have one fan. Which is more than you’ll get if they never played the game at all. Because it’s an investment saying: in the future, when they have some money, they would buy our next game.” - Shah, Producer at Kaigan Games in interview with ASKLEGAL

The real problem is “Cloning”

That being said, you might be able to sue people who clone your creations and release a copy themselves, because according to Jeremy, Game Designer at Kaigan Games...

“Cloning is actually a bigger problem than piracy because it causes real revenue loss. Basically what people do is look at your game and say: ‘okay, we’ll make a game exactly like yours, but maybe change a few things’.” - Jeremy, Game Designer at Kaigan Games in interview with ASKLEGAL

Jeremy and Shah explain that when a game gets cloned, it’s worse than piracy because now people who would have bought your game are now buying from the person who copied almost exactly the same thing. An example is League of Legends, a popular battle arena game for the PC, which got copied by some mobile games.

“For League of Legends to go against those copiers would be very complicated because they need to prove that it actually cuts into their revenue. Which is quite impossible because the copiers made mobile games, and League is a PC game.” - Shah, Producer at Kaigan Games in interview with ASKLEGAL

Creators have to carefully consider if it’s worth taking legal action because it’s really expensive to do so, and you don’t know if you have enough backing to win the case. They only move forward with a case if the copiers are affecting their revenue so much that it’s worth the cost of the lawsuit.

“Consider if this company is really cutting into your revenue or not. It is worth the legal battle? It’s very hard to prove and there’s a lot of grey areas so you cannot guarantee you’ll win the case.” - Jeremy, Game Designer at Kaigan Games in interview with ASKLEGAL

How can creators protect themselves from illegal copiers?

A lot of digital content like games use something called Digital Rights Management (DRM) to protect their content from being copied illegally. But Shah tells us that the stricter the DRM is, the more troublesome it is for paying customers. DRM is more of a deterrent than preventive measure, because it’s well known that DRM doesn’t really work...

“Whenever you hear someone claim that their console or game is unhackable, confirm kena hack one…” - Jeremy, Game Designer at Kaigan Games in interview with ASKLEGAL

If someone really wants to pirate your creation, they can do it. Jeremy also tells us that a lot of hackers pirate games more for glory than getting an illegal copy. It’s the challenge that the hackers are after, not the game itself; which is why some developers release their games without any digital security, including Witcher 3.

That being said, here are some measures we learned that developers take to protect their creations.

Register your creation with MyIPO

Kaigan Games tells us that when you want to create something, register your Intellectual Property with MyIPO before anything else (the Intellectual Property Corporation of Malaysia). The registration certificate gives you prima facie (assumed to be true until proven wrong) evidence that you were the first to create that content, in case you ever need to prove it in a lawsuit.

It’s really important to register your work to prevent problems with copyright thieves. Kaigan Games experienced this because after they published their game “Sara is Missing”, they found out that someone registered their game as a trademark before they did.

“Somebody registered Sara is Missing before us. Now when we want to oppose them, we have to give them proof and all that, but that’s fine. The thing is for you to register a trademark, you just have to fill in the forms saying this is the trademark you want to register, without needing any proof that you actually own the trademark.” - Shah, Producer at Kaigan Games in interview with ASKLEGAL

This kind of problem happens when someone tries to claim your work after you publish, but before you register. So don’t take chances with your work and protect it as soon as you can.

(A small note here is that copyrights and trademarks are different. For example, if you wrote a book named “Pak Cik Security and the Snatch Thief”, your book would be protected under copyright; but the brand people would know you by - “Pak Cik Security”, would be a trademark.)

[READ MORE - How do trademarks protect you from getting conned?]

Make a great piece of work

“Internally, what we believe is that if I tell you an idea, and you can make a game from my 15 minute pitch, it was not a good idea to begin with. Because something good or with value should be really cool, but it might take a lot of effort to do.” - Shah, Producer at Kaigan Games in interview with ASKLEGAL

For game developers, making a game that is harder to copy can work better than putting in security that is going to get broken anyway. Jeremy tells us that art assets, game code, and characters can be copyrighted, but game mechanics are not copyrightable. It’s therefore harder to copy games with a rich story, or have excellent coding and artwork.

Sometimes, the thieves might end up making a better game that was inspired by their original. It would be hard to argue that they copied the work at all, much less eat into the profits

Support the original work if you can

Whether it’s books, comics, movies, or games, a lot of work goes into creating the final product, so lend the creator your support where you can. Piracy may or may not harm creators too much, but it’s still technically illegal. Not to mention you are closing yourself off from software upgrades, and there are risks when you download pirated software – they can actually have malicious programs bundled together with them which harm your computer or even steal your information.