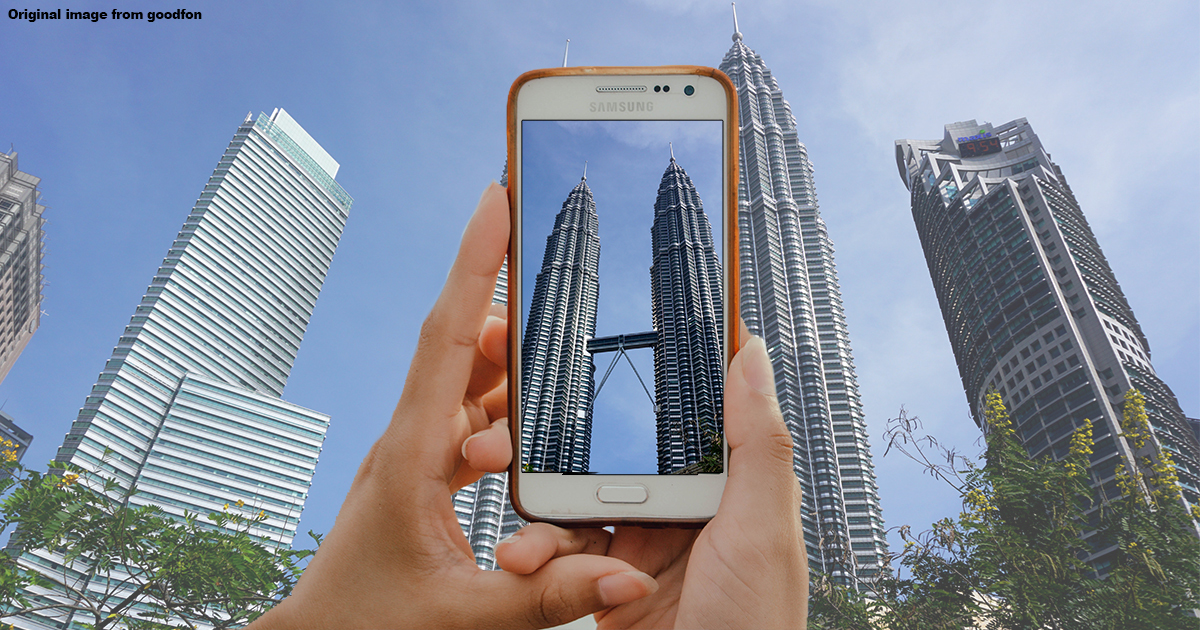 Nowadays, it’s almost unheard of to go on a holiday without taking a bunch of photos and videos for your social media friends and followers to enjoy and be envious over.

However, it may come as a surprise to know that different countries have certain restrictions on photo-taking.... From fairly obvious ones like Budapest law requiring permission from people who end up in your pictures, to oddly specific ones like not photographing the Eiffel Tower at night.

So that leads to…. What about Malaysia?

You have automatic permission to take photos in public spaces

Generally, we have the all-clear to take photographs in public in Malaysia. Why? Simple, we don’t have any laws saying you can’t. That is of course, as long as you’re not committing a crime in doing so, like harassing someone.

That being said, there shouldn’t be anything wrong with taking a picture in front of an iconic building, right?

Actually, there’s one thing wrong with that - under Malaysian law, the building is copyrighted.

It might surprise you, but it’s clearly stated in Section 3 of our Copyright Act 1987 that:

“ “artistic work” means—
(a) a graphic work, photograph, sculpture or collage, irrespective of artistic quality;
(b) a work of architecture being a building or a model for a building; or
(c) a work of artistic craftsmanship,” - emphasis added

The requirement for the building design to qualify for copyright in Malaysia is in Section 10(2)(b) of the Copyright Act - the building just needs to be built in Malaysia, or be an artistic work that’s incorporated into a building’s design.

Being a copyrighted work, only the copyright holders are allowed to reproduce it in any material form as long as the copyright exists, which includes replica models of the building.

[READ MORE - How does copyright law work in Malaysia?]

But the reason why we don’t get into trouble for photographing buildings on a daily basis is that...

Malaysia has an exception for works displayed permanently in public

The reason why you and I consider it ridiculous to be fined and jailed for photographing KL Tower is because Section 13(2)(d) of the Copyright Act restricts the copyright holder from controlling:

“the reproduction and distribution of copies of any artistic work permanently situated in a place where it can be viewed by the public;” - emphasis added

So for example, an advertisement on a billboard is not permanently situated there - it can always be changed. But a building is quite permanent since you can’t just decide to take it down one day like deleting a social media post (unless you demolish it of course).

A famous example is the Eiffel Tower, which is legal to take photos of in the day time because the copyright has expired on it, so it’s in the public domain. But the design of the lights on the tower at night was installed in 1985, and copyright lasts in France until 70 years after the creator’s death. So unless you’ve gotten permission, it’ll only be legal to take pictures of the Eiffel Tower at night 70 years after the designer dies.

If you’ve actually taken a picture of copyrighted buildings before in France, don’t worry too much. Unless you’re commercially exploiting the photo for profit, the SETE (“Société d’Exploitation de la Tour Eiffel” or the Society for the Exploitation of the Eiffel Tower) doesn’t have a lot of reason to send you a Letter of Demand, or take you to court.

It’s just not worth the trouble, but they still have the right to do so.

[READ MORE - Thinking of suing someone in Malaysia? Consider sending them a Letter of Demand instead.]