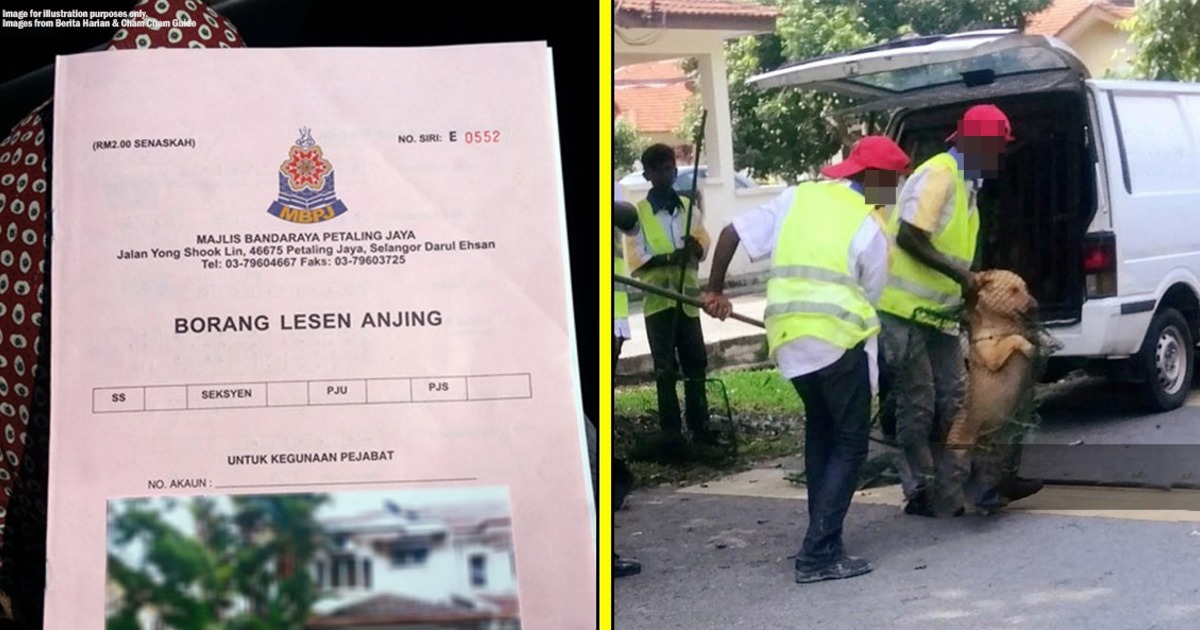 Some states require pet licenses in Malaysia. Here's how to get one

The last thing any pet owner wants is for their furry friend to be taken away from them...for good. Now you might have heard cases of enforcement authorities taking pets away from their owners.

While it is legal for the authorities to do it, provided they have a valid reason to do so (more on this later)—there are prerequisites that pet owners should take as well, to avoid getting in trouble with the authorities or losing their fur-ever friend.

So before we look into how to keep your pet purr-fectly safe, let’s briefly look at the laws that affect pet owners in Malaysia.

Pet owners are encouraged to get a license

The Malaysian Animal Welfare Act 2015 has some pretty strict regulations when it comes to dealing with animals. In fact, an Animal Welfare Board has been set up to enforce the laws, and act on matters pertaining to animal welfare in the country.

Under the 2015 Act, all individuals and businesses who handle animals for a living need to apply for a license from the Animal Welfare Board. Pet owners on the other hand must check with the local council of their area, as by-laws on pet licensing differ from one place to another.

Okay we’ll stop horsing around and tell you how you can apply for a pet license in Malaysia.

Check what the local council’s requirements are

As we mentioned earlier, local councils can have different requirements when it comes to owning pets. We’re not going to list down the requirements made by every local council in this article—so we’ll just focus on the by-laws enforced in 3 major cities, so you have a rough idea on how the application process goes about.

So if you’re currently living in KL, your local council will be the Kuala Lumpur City Hall, or better known in Malay as Dewan Bandaraya Kuala Lumpur (DBKL). We previously contacted DBKL to ask them about the by-laws on animals. And according to them, there aren’t any specific laws on it.

[READ MORE: In M'sia, you can be fined for rearing farm animals in your backyard]

However, if you own a pet dog, you’re required to legally have a license for your dog in KL. Applying for a license isn’t actually that hard as you can do it online now via DBKL’s portal. They even have the guidelines on how to apply for the license which you can check out here.

You’ll basically have to fill in an application form, and DBKL will get back to you via email if your pet’s license has been successfully registered or not. Some of the info you’ll need to provide include where you live, what type of property you live in and how big your property is.

[READ MORE: Can you legally keep pets in Malaysian apartments?]

The size of your house will determine the number of pets you can keep at home. For instance, if you live on landed property with an area more than 300 square meters, you can only have up to 2 dogs. There is a fee of RM10 imposed to obtain the license, and it is valid for one year for one dog.

The by-laws under Majlis Bandaraya Johor Bahru (MBJB) are pretty similar to DBKL’s as well. Dog owners are required to have licenses under the MBJB By-laws Act 1955. However, only landed properties are allowed to have pet dogs based on the local council’s by-laws.

But the authorities' discretion is important here, as it depends on the mayor of the city to allow citizens to keep pet dogs in their houses, so long as the dog isn’t a nuisance to the neighbours, and is looked after.

You can also consider applying for an animal identification card aka pet passport at Department of Veterinary Services Malaysia (DVS). This pet IC gives owners and their pets added protection as the pet can be traced with a microchip. The pet will also be legally registered under the Animal Welfare Act.

3. If you and your pet live in Penang

There have been recent proposals made by the Penang Island City Council to establish laws on the maximum number of dogs Penangites are allowed to have in their homes.

Similar to the other 2 states we talked about earlier, the Penang Island’s city council has laws on owning pet dogs. We found several by-laws in districts such as Seberang Perai, which state that a dog more than 3 months old must have a license in the district. The Seberang Perai City Council (MBSP) also prohibits keeping pet dogs in condos or apartments. As for the by-laws in Penang island, you might have to get in touch with the council to find out more as the laws are currently being amended.

A woman was recently fined RM30,000 for abandoning her two dogs until one of them actually died from starvation. The definition of “animal cruelty” has now expanded to 21 types of abuse as listed under Section 29 of the Animal Welfare Act 2015.

Some of the acts include mutilation, neglect, use of cruel equipment, shooting for sport, and animal fights. Offenders under this section can be fined between RM20,000 and RM100,000 and/or 3 years of imprisonment.

Although the Animal Welfare Act brought about much improvement for the quality of life of animals, the provisions in it are specifically intended for animal owners or people who abuse animals, not the powers of your local council/council workers in putting down certain dogs. This means that local councils have the authority to put down dogs if they’re caught roaming freely without a license and a collar.

[READ MORE: Do local councils have the power to put down dogs in Malaysia?]

But take note: The Federal laws don’t make it a necessity for pet owners to get licenses for their pets. The local by-laws will instead determine whether you need to get one for your pet or not. So be a responsible pet owner and also look out for other animals around you. If you come across a case of animal abuse near you, just call 999 to report the incident.