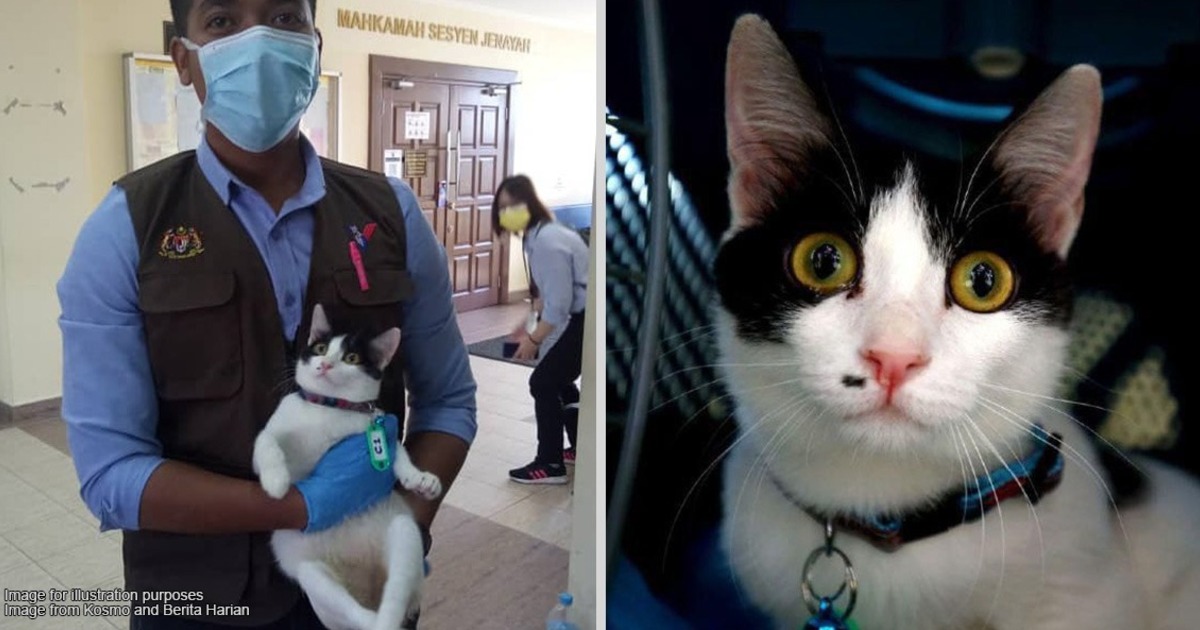 Animal cruelty is nothing new in Malaysia, and it happens even more frequently in recent years - arguably due to the rise of social media which brings numerous animal cruelty cases to light. Recently, an ex-teacher was brought to court for paralysing a cat by throwing a metal rod at it.

However, many Malaysians are unaware for a matter of fact (and of law) that animals actually DO have rights! And this general lack of awareness is one of the main reasons why animal cruelty happens, or go unreported. Animal rights are found in a legislation called Animals Act 1953 (Ac 647). This law extends even to strays, as even the local authorities have to follow guidelines issued by Department of Veterinary Services in exterminating stray animals.

As an example of the legal coverage given to animals, a woman was found guilty of causing pain and suffering to her pet dog. She tied her dog too tightly with a steel chain, and that caused a cut mark on the dog’s neck. She was charged under section 44(1)(d) of the Animals Act 1953:

She was fined RM 2,000 in default (instead of) of three months’ jail, and was ordered by the court to pay Veterinary Service Department RM6,415 as treatment cost.

Unfortunately, the Animal Act is a very old law...

Animal Act 1953 is an old law, but it is still in force and the punishments under this 1953 Act used to be quite low.

Section 44(1) from (a) to (g) of the 1953 Act provides for a list of situations where you may be punished for causing cruelty to animals, covering situations such as beating, ill-treating or torturing. Under Section 44:

“44. (1) Any person who...(a) cruelly beats, kicks, ill-treats, overrides, overdrives, overloads, tortures, infuriates or terrifies any animal...shall be guilty of an offence of cruelty”

If you breach any one these laws, the punishment used to be a fine of RM200 or imprisonment of 6 months or both.

Section 45 and 46 of the 1953 Act allows the law to be enforced effectively; any police officer, Department of Veterinary Services, or Town Council or Municipal Officers may arrest you immediately if he or she sees you committing any offence under section 44. For example:

Section 45 (1) of the Animals Act 1953 - Power of veterinary authorities and police officers (in part):

"Any veterinary authority and any police officer may arrest without warrant any person whom he sees committing any offence under section 44..."

If a DBKL or MBPJ officer sees you beating or kicking a stray dog, he has the power to arrest you without a warrant. So, if you think DBKL officers can only give you summons, then you may be in for a surprise.

In 2013, the Animal (Amendment) Act 2013 enhanced the 1953 Act in terms of punishments ever since animal cruelty became quite a concern in Malaysia. After the 2013 amendment, the new punishment is a maximum fine of RM 50,000 or imprisonment of 1 year or both.

But that's not the end of it, because... 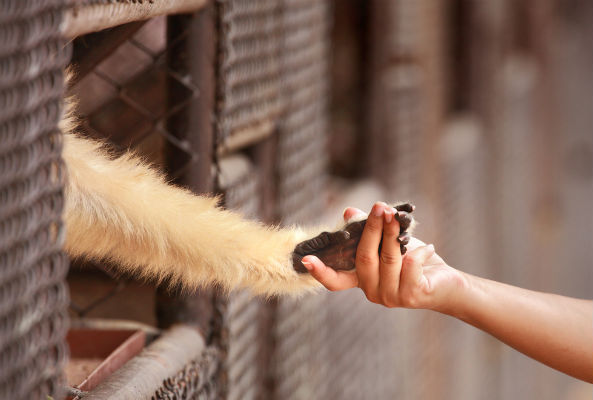 Animal Welfare Act 2015 is the latest law providing for comprehensive animal rights, aiming to prevent trauma, pain or suffering of animals. This 2015 Act has been gazetted quite some time ago, on December 29, 2015. Usually, the law is enforceable only when it is gazetted (i.e. published in an official government notice). Section 1(3) of the 2015 Act says:

"This Act comes into operation on a date to be appointed by the Minister by notification in the Gazette."

Since the date of coming into force was not stipulated in the Gazette, this 2015 Act was not enforceable immediately.

What changes does the Animal Welfare Act bring? 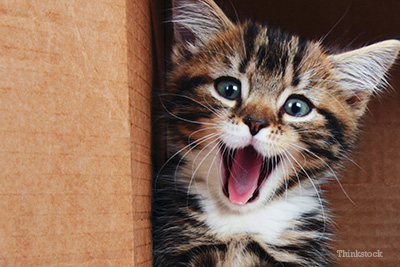 The 1953 Act merely grants powers to the relevant officers and lists the relevant offences. One significant progress achieved through the 2015 Act is that the new law establishes a new Animal Welfare Board. This Board has a long list of functions, including promoting awareness on animal welfare and advising the relevant Ministers on matters pertaining to animal welfare in the country.

Under the 1953 Act, relevant officers cannot simply enter into private premises for any investigation purposes; however, under the 2015 Act, the animal welfare officers may seize your premise without a warrant for the purpose of gathering evidence on animal abuse and cruelty by pet owners. If you suspect the person entering your house is not an animal welfare officer, please demand from him the authority card issued to him. You have the right to do that! As stated in section 38(2) of the 2015 Act:

"Whenever an animal welfare officer exercises any of the powers under this Act or any subsidiary legislation made under this Act, he shall, on demand, produce to the person against whom the power is being exercised, the authority card issued to him under subsection (1)."

If you are a pet owner, we want you to take note of section 33(1) of the 2015 Act. This section says that it is an offence if you neglect your pet and its welfare is deprived. And if you are found guilty under this offence, the court will give you an option to pay fine in replacement of imprisonment. Therefore, if you are willing to pay a sum of money to avoid imprisonment (and if you can afford it), then the court will not put you behind bars.

The new Act also changes how the municipal authorities process stray animals but, in the interest of space, we're covering how these new laws may affect you as a pet owner or if you run an animal-related business in a separate article:

Is killing a mosquito animal cruelty? What about slaughtering a chicken for food? 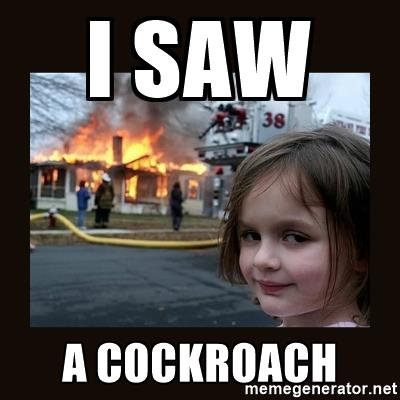 When we talk about animal cruelty, you might want to know whether “animal” includes mosquitoes and cockroaches. Generally, the law says no, and it is found in section 2 of the 1953 Act:

" “animal” includes horses, cattle, sheep, goats, swine, dogs, cats and any four-footed beast kept in captivity or under control, of any age or sex..."

However, when it comes to prevention of animal cruelty, a separate definition is provided in section 43 of the 1953 Act:

“animal” means any living creature other than a human being and includes any beast, bird, fish, reptile or insect, whether wild or tame."

So, technically, you cannot torture a cockroach because it is an insect! But not to worry. Killing a mosquito, a cockroach, or an ant accidentally or even intentionally because they are harmful or dirty does not fall within the context of animal cruelty.

As for slaughtering animals for food, certainly "four-footed beasts" would include cows and goats, and we do slaughter these animals for food. Would that amount to animal cruelty? The law says no, and 1953 Acts actually accommodates for these situations. Section 44(3) of the 1953 Act says:

“Nothing in this section shall apply to the commission or omission of any act in the course of the destruction, or the preparation for destruction, of any animal as food for mankind, unless such destruction or such preparation was accompanied by the infliction of unnecessary suffering.”

So, if you want to slaughter any cows, goats, chicken for food, go ahead! But in doing so, please do not inflict unnecessary injuries on the animals for fun or otherwise.

If you witness animals being mistreated - Call 999 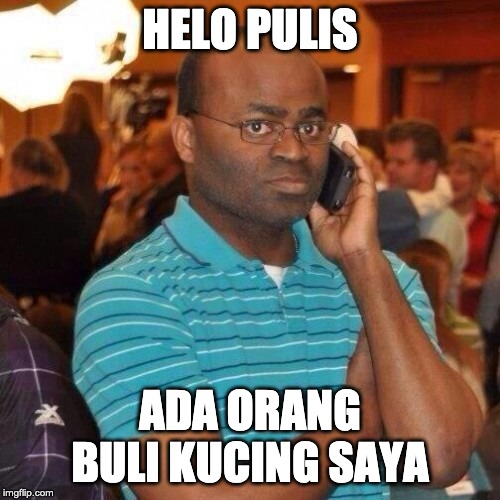 So, next time when you witness someone torturing animals or causing any form of animal cruelty, you can be an informer by dialing 999 and call the police! That is the easiest way, or you can also complain to the Department of Veterinary Services or non-governmental organizations such as Society for the Prevention of Cruelty to Animals (SPCA) at 42565312 for emergencies, and this link for non-emergencies.

While many of you will be undoubtedly doing this out of kindness, it's interesting to note that the law provides an incentive being an informer. Section 50 of the 1953 Act says:

“The Court by which any fine is imposed under this Part of this Act may award any portion not being more than half to the informer.”

So for any reason, be it a love for animals or rewards, there should be no hesitation in calling in reports and ending animal cruelty.