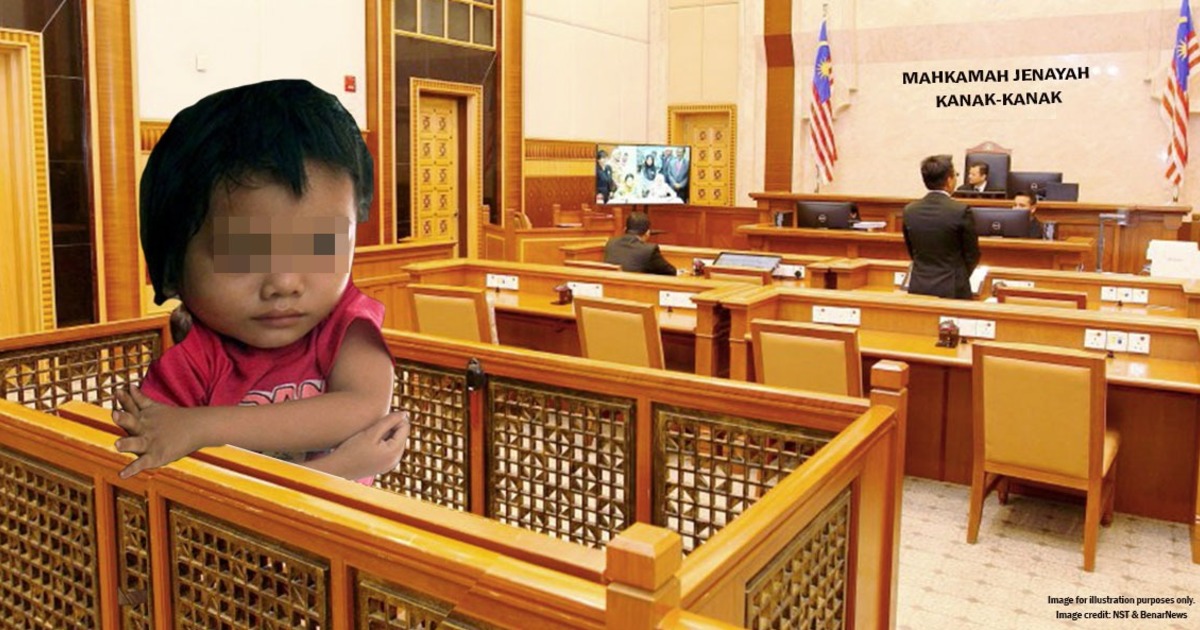 In Msia children CAN be sent to jail, but only for certain crimes. Here's what they are

When you think of serious crimes, you’d normally imagine a man (or woman) committing the crime—regardless of how small or big it is. Very rarely would we consider that a child can also be capable of committing crimes.

Statistically speaking, there were approximately 4,569 criminal cases involving children in 2015 alone. These crimes varied from petty cases such as skipping school to more grave, serious ones like murder and drugs.

Now here’s something you should know before we go further into the article: Children below the age of 10 cannot commit a crime in Malaysia. Yes, you read that right. This is simply because the law gives them complete immunity under Section 82 of the Penal Code, which says as such:

“Nothing is an offence which is done by a child under 10 years of age.”

This basically means, that a child younger than 10 is not required to attend any court proceedings for whatever crime he did. Now, there are some rules that the Malaysian law has laid out on how children can be punished for any crimes they do.

But first, let’s establish who’s considered a child in the first place...

Who is a child?

If you consider yourself a child because you’re young at heart, you’d be pretty devastated to know that our Malaysian courts won’t agree with you. The Child Act 2001 applies only if an accused is a “child”. Section 2 of the Child Act specifically defines a person to be a “child” as:

Children are tried in a different court from adults. If a child is charged with a criminal offence, the Court for Children has criminal jurisdiction on ruling whether the child is guilty or otherwise.

[READ MORE: Did you know Malaysia has a special court for CHILDREN who commit crimes?]

However, there are some crimes where children cannot be tried in the Court for Children, because of the severity of the crime they’ve committed.

There are some cases, where children may be tried in a regular court for the seriousness of the offence committed. This happens if the child is charged with an offence punishable by death. It is expressly stated in section 11(5) of the Child Act 2001:

“...the Court have jurisdiction to try all offences except offences punishable with death.”

Basically, children who commit serious crimes such as murder, unlawful possession of firearms, drugs and kidnapping will be classified to be tried under normal courts. In fact, the Act also goes on to list down some of the serious crimes where children can be brought to a normal court. The interpretation is as below:

So if a child is caught for any of these crimes listed above, he can be brought to stand in a normal court, instead of the Court for Children and can be sentenced for the crime. But there are other important things that determine this...

The Agong decides the sentence for the child

For crimes that are not classified as grave crimes, the punishment differs for the child who commits it. Some punishments include probation, being sent to Henry Gurney Schools or paying a fine (by their parents, of course). However, jail sentences aren’t completely ruled out either.

The age of the child also comes to play when being punished. Section 96(1) of the Child Act states:

“A child under the age of fourteen years shall not—
(a) be ordered to be imprisoned for any offence; or
(b) be committed to prison in default of payment of a fine, compensation or costs.”

Basically, a child below the age of 14 shall not be sent to prison. However, even if the child is above the age of 14...a jail sentence isn’t exactly the first choice of punishment either.

The Act gives a leeway, where the child can be punished in other ways that are suitable for him. As we mentioned earlier, this could involve being sent to Henry Gurney, probation or a jail sentence—as the court thinks fit.

However, it’s a whole different ball game if the crime committed by the child falls under the category of grave crimes.

In Public Prosecutor v KK (2003) a minor was accused of killing his tuition teacher’s 11 year-old daughter. He stabbed her 20 times as he was provoked by the victim, who had apparently laid out the knives, daring him to hurt her.

The child was tried in the High Court, as he was sentenced for committing a serious crime. The court upheld his conviction based on the law, as such:

“I conclude that the provisions under s. 97 (2) of Act 611 is mandatory. When a court finds a child guilty and convicts him of an offense punishable by a death sentence, the court must order the child to be kept in prison for as long as the Yang di-Pertuan Agong or the King of the Government or the Head of State as the case may be...”—Ahmad Maarop J.

The court found the boy guilty for the murder of the 11 year-old girl as crimes such as murder are tried under the normal court. The crime of murder carries the death penalty in Malaysia, but children cannot be punished under that sentence. Instead, the boy was sentenced to imprisonment, as construed by Section 97 of the Child Act:

“In lieu of a sentence of death, the Court shall order a person convicted of an offence to be detained in a prison during the pleasure of—
(a) the Yang di-Pertuan Agong if the offence was committed in the Federal Territory of Kuala Lumpur or the Federal Territory of Labuan; or
(b) the Ruler or the Yang di-Pertua Negeri, if the offence was committed in the State.”

The Act essentially says that a child cannot be given the death sentence, but will be imprisoned as per the discretion of the Agong. The child’s case will also be reviewed once a year and may be recommended to the YDPA for an early release from prison.

[READ MORE: How do royal pardons work in Malaysia?]