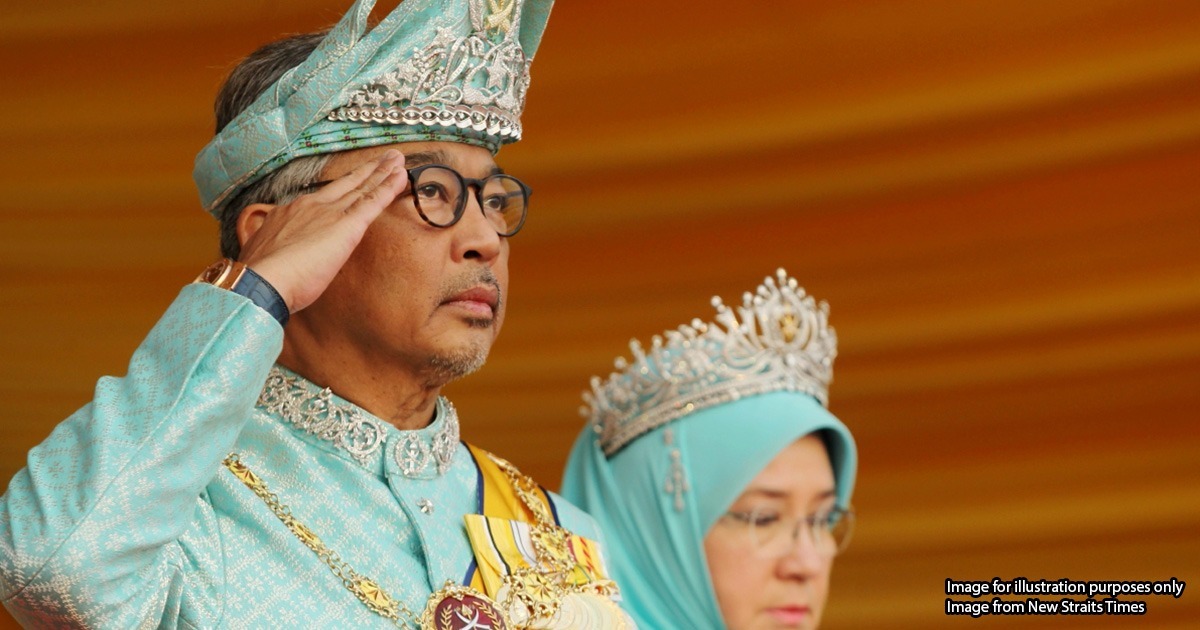 How do royal pardons work in Malaysia?

If you thought that criminals cannot be released for the duration of their sentence after they have been found guilty, you are technically not wrong. That is, if you look at the criminal justice system in a singular line. Before we dive into the realm of royal pardons, let’s take a look at how a typical criminal process works (after the finding of guilt and so on, which we have covered here and here).

One court’s guilt can be another court’s innocence

This doesn’t mean that the judges from different courts fight with each other and give out confusing, conflicting judgments. On the other hand, it simply means this – most criminal cases start in the Magistrates Court. If the Magistrates Court finds you guilty of a crime, you can still appeal that decision to court next on the hierarchy and that court can reverse the decision (find you innocent) or still find you guilty but decide that your sentence is too heavy/not heavy enough.

An appeal can happen all the way to the apex court (the highest court) and depending on which court you started in, the apex court can either be the Court of Appeal of the Federal Court. To make things simple, let’s take a look at these two examples:

Ali commits a crime and is charged in the Magistrates Court

Ali appeals his case to the High Court

Ali commits a crime and is charged in the Magistrates Court

Ali appeals his case to the High Court

In essence, you (as the accused) can appeal against the judge’s decision if you are unhappy about it and this right to appeal takes you all the way up to the highest court. After the apex court, the right to appeal ends because of the simple principle of how there must be finality in decisions. However, like everything else in law, there are general rules as well as exceptions to said general rules.

The exception in our criminal system of appeals is…

As we all know, being royal gives you certain perks (like how the Queen of England has flocks of Corgis around her) and this is no different for the Yang di-Pertuan Agong of Malaysia. Aside from being the supreme head of the Federation, the Agong also has certain powers such as the power to elect the Prime Minister of Malaysia, the power to declare a state of emergency in Malaysia, and so on.

More importantly, for the purposes of our article, let’s take a look at what Article 42(1) of the Federal Constitution says:

We know that no one likes reading and deciphering huge chunks of text so in essence, this is what it says:

Back in 2018, this is how the Agong has the power to grant a pardon to Anwar Ibrahim and release him from prison. However, reading Article 42(1) alongside Article 42(4) and Article 40(4)(a) seems to indicate that the Agong has to exercise this discretionary power in line with the advice from the Parole Board.

This is different from what has been interpreted by the courts which say that the Agong uses his discretion alone to decide on who to give a pardon to and it is his discretion to take the advice of the Parole Board or not.

Fantastic! How do I get a royal pardon then?

Well...there aren’t any set guidelines or regulations or rules or procedures to follow, really. The Agong simply decides who and when and how he wants to give out royal pardons. This also means that the Agong does not act in a judicial capacity (he is not a judge) when giving out royal pardons. It is simply on the basis of his standing as an Agong that gives him such powers.

Since the Agong is not acting as a judge while making this decision, he has more room to take things which the courts cannot take into account. For example, when finding guilt and passing sentences, the courts have to act in accordance with set principles and based off proved evidence but the Agong can take this one step further and act in the overarching interest of justice, public interest, and conscience.

In essence, the royal pardon is simply a vestige of the powers of the monarchy from the olden days when the kings were all powerful. It’s also present in other systems of governance as well, such as the power for a US president to grant a “Presidential Pardon” granted through the US Constitution.

Getting a pardon is sorta like getting a second chance

Some of you might think that this is a no-brainer because a release from prison is a second chance at life, but we are referring to something more than the sweep of fresh air across your face and all the fast food you can buy.

The effect a pardon has is to...remove all legal punishment for the offence and remove any disqualifications. If you are confused as to what this means, it just means that you no longer have to sit through your 12 years as a prisoner and if the prison sentence prevented you from anything before, it no longer has that effect today.

For example, under Article 48(1)(e), a Malaysian is disqualified from being a member of Parliament if he has been sentenced to at least one year in prison and has not received a pardon:

“...he has been convicted of an offence by a court of law in the Federation...and sentenced to imprisonment for a term of not less than one year or to a fine of not less than two thousand ringgit and has not received a free pardon...”

Not just that, he would be barred from becoming an MP or a Senator for 5 years upon his release (Article 48(3)) unless he received a royal pardon. So in the case of Anwar, receiving that royal pardon doesn’t just grant him freedom from prison, but also the freedom to once again be an MP without that 5 year ban.

There you have it, folks. The nuances of a royal pardon are pretty direct but of course, don’t go committing crimes because pardons are pretty hard to come by.