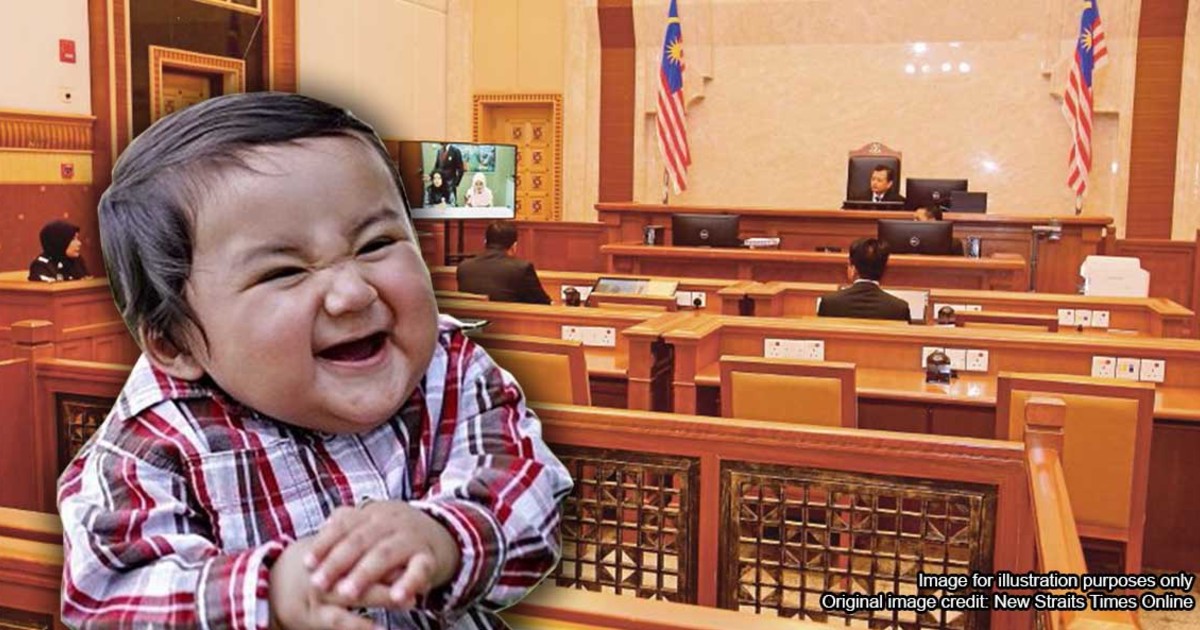 Did you know Malaysia has a special court for CHILDREN who commit crimes?

On the 22nd of June, 2017, Prime Minister Najib Tun Razak launched the special court for sexual crimes against children. This special court was launched in order to create a friendlier environment for child victims and deal with child abuse cases more effectively.

However, this special court for sexual crimes against children is not the first effort our criminal justice system has taken to cater to children; there is already a Court for Children since 2001, established by Child Act 2001 (previously known as the Juvenile Court under the Juvenile Courts Act 1947).

But what’s a court for children, and how is different from regular “adult” courts?

You might think of this as a stupid question, but it’s actually really important to have a legal definition of what a “child” is, in order to prevent confusion or misuse of the system.

However, if your child is below 10 years old and he committed crime, he is not going to be tried in the Court for Children. In fact, he is not required to attend any court proceedings for whatever crime he did. This is because, section 82 of the Penal Code says:

“Nothing is an offence which is done by a child under 10 years of age.”

Now that we have the technical definitions out of the way, the main function of the Court for Children is also spelled out in the Act itself, in section 11(1):

“(a) hearing, determining, or disposing of any charge against a child;”

Difference Between the Court for Children and the Criminal Court

Usually, in a criminal court, we have one judge sitting on the bench. In the Court for Children, we have two advisers assisting the judge. The advisers’ function to inform and advise the judge on consideration affecting the orders the judge will have to make if the child is found guilty. The advisers would also advise the parents or guardian of the child.

Aside from that, the Court for Children also ensures:

Section 12(1) of the Child Act 2001 says that the Court for Children shall only operate at the following places and times:

"(a) either in a different building or room from that of other courts; or

(b) on different days from those on which sittings of those other Courts are held."

If the Court for Children is in the same building as other Courts, then the child is to be brought in and out of the Court from a different entrance and exit.

Section 12(3) also provides that court proceedings in the Court for Children are closed proceedings. This means that the people allowed to be present are mainly court officers, the accused child, the parents, lawyers and witnesses. Those who are not directly involved are prohibited from sitting in the courtroom.

Section 15 of the Child Act 2001 also says that no mass media reports can be made regarding the case against the child. The restrictions would include name, address, school, picture or anything that would lead to the identification of the child.

Attendance of parents is compulsory

There may be a few reasons for this, either as a way for parents to be responsible for their child, or that the presence of the parents can be a comforting factor, section 88 of the Child Act 2001 requires parents to attend the court proceedings. Refusal to attend without good reason is an offence that is punishable with a fine up to RM5,000 and/or imprisonment for up to 2 years.

On the other hand, in the case of Sia Yik Hung v Public Prosecutor [1998] 1 MLJ 450, the Court ruled that it is also mandatory for the parents or guardians to be notified that they must attend the proceedings. Failure to do so would amount to miscarriage of justice!

The interest of the child is protected

As we all know, maturity of children is lower than adults, they may not understand the charge against them. Section 90(1) says that it is the duty of the Court for Children to explain to the child the substance of the alleged offence. The Court must explain this in “simple language suitable to his age, maturity and understanding”.

But in some cases, a child CAN be tried in the “normal” criminal courts

All that being said, there are some circumstances in which a child would be tried in the regular courts. One example would be: if the child is charged with an offence punishable by death. It is expressly stated in section 11(5) of the Child Act 2001:

“...the Court have jurisdiction to try all offences except offences punishable with death.”

That is why, in the Nhaveen murder case where T. Nhaveen died after being allegedly assaulted in a park by 4 teenagers, the offenders were not brought to the Court for Children when the case was reclassified to murder under section 302 of the Penal Code. This is because, murder is an offence punishable by death sentence.

Another exception is if the child has reached 18 years of age WHEN he is charged. Here, Court for Children does not apply even if the crime was committed when the child was below 18 years old.

“When an offence is committed by a child but a charge in respect of that offence is made against the child after he has attained the age of eighteen years, the charge shall be heard by a Court other than a Court For Children.”

The rationale behind this law is explained in the case of PP v Mohd Turmizy Mahdzir [2007] 9 CLJ 187, and it was explained that:

“It is important to stress that youth of a person cannot be used as a "cloak of convenience" in order to shelter him/her from accepting proper responsibility for criminal behavior.”

Hence, the law isn’t meant to be used to allow criminal offenders to hide behind their age; instead, they must be held responsible for what they have done.

To sum up, parents must keep an eye on their children, and request the authorities to comply with the rights and protections afforded to your children in the event that they committed an offence. The law does treat children with leniency with the aim to give our children another chance – to learn from their mistakes and, most importantly, to turn over a new leaf.