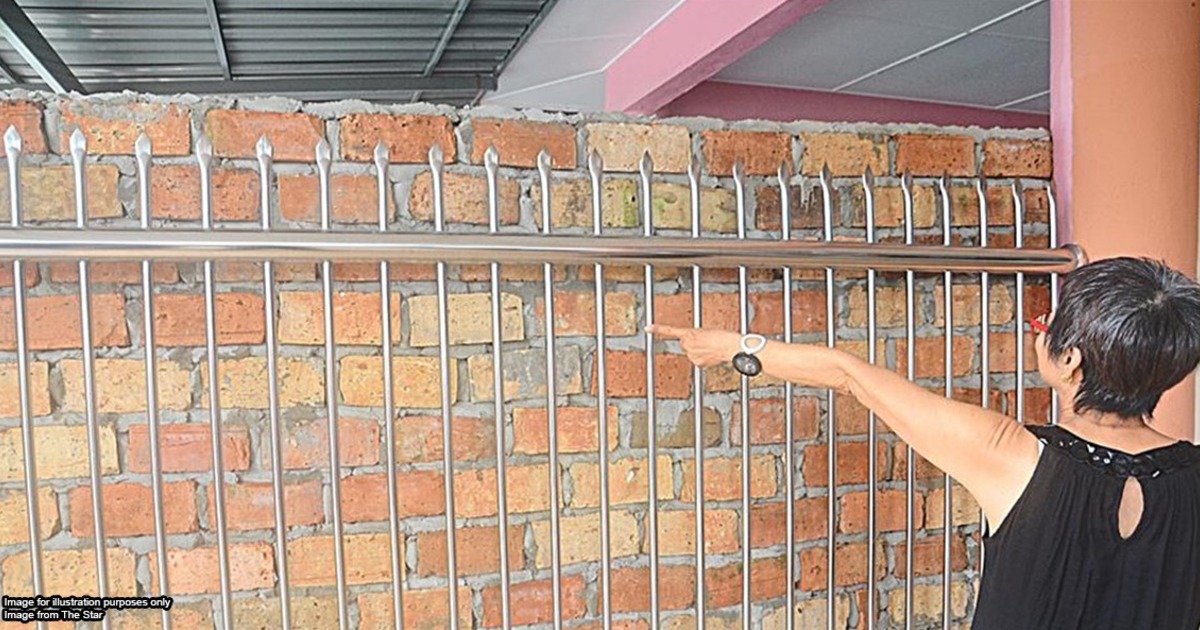 In Malaysia, if your neighbour's renovation encroaches on your compound, what can you do?

If you own a landed property, you would know that it can be common to have issues with neighbours every now and then. They might park their car in front of your house, steal fruits from your trees, leave rubbish near your house, and so on.

But one issue we often hear about is when a neighbour encroaches on the boundary of the house beside theirs. This usually happens when the neighbour decides to renovate the house and some of it ends up taking up the next person’s land.

A lot of the time, people aren’t actually aware that a neighbour’s renovation has makan into their space until they figure out the land’s boundaries. So if you’re dealing with a neighbour who’s intruding your space like this, there are a few things you can do. But before that...

Before you decide to take any action against your neighbour, ensure that they are actually building on your land. Sometimes, it may seem like they’ve built on your land, but in reality, they have not.

Your neighbour needs to get prior permission before starting their home renovations, and for this, they would have submitted a plan of the renovation it to your Majlis Perbandaran. The Majlis would have approved the renovations only if the plan showed that it would not affect surrounding properties. But sometimes, a home owner can go against the plan that was submitted, or even do a renovation illegally.

But assuming that everything is being done legally, you can ask your neighbour to show you the plan to ensure that your land will be untouched. And if you’re not sure what your own land’s boundaries are, you can go to the Pejabat Tanah in your area to ask for the land grant (if you don’t already have a copy) which would show where exactly your land ends and starts.

Report to your Majlis if they’re not stopping

If you find out that your neighbour has indeed stepped into your boundary, you can take action against them. The first thing you can do is let your Majlis Perbandaran know. And if Majlis confirms that your neighbour is not following the given plan or is renovating illegally, they can order them to stop the renovations. In some cases, they can be issued a fine, and if your neighbour still isn’t budging, the Majlis can tear down and undo whatever renovation was done.

It’s impossible to know every single guideline your Majlis has set for home renovations. If you’re not sure, just check with them and lodge a report so that they can investigate. Make sure to take pictures of your neighbours renovation as proof.

You can also sue them for nuisance & trespass

This is a remedy under tort law (torts are civil wrongs). Under nuisance, there’s public nuisance and private nuisance.

Reading this, you might think that no one would actually sue their neighbour for something like this. But some time ago, there was a case of a family who sued their neighbours for installing many CCTVs facing their homes— and they won the case. The facts of this case are different from someone building on your land, but the crux of the issue is the same: an annoying neighbour who’s disrupting your daily life.

[READ MORE:  A Malaysian family got sued because their CCTV was pointed at the neighbour's house]

Trespass is a concept under land law. Trespass basically means the act of someone illegally entering your land, without your permission.

So when you think of ‘trespass’, you might think it only applies to a thief or someone who just wants to jump over someone else’s fence for fun. But actually, the term can cover anyone or anything that enters a land without the owner’s permission. Renovations that are done on your land can also be counted as an act of trespass. In fact, there have been several instances of developers and builders being sued for trespass when they end up building on someone else’s land.

Besides suing for trespass under civil law, trespass can also be a crime if the person damaged your property with the intention of causing damage. If this is the case, you can directly file a police report.

To sum up, if you find out that your neighbour is building on your land, first confirm that they are overstepping the boundary. If you’re not sure what the boundary is, check with your local land office. Then, file a complaint with your Majlis who will have the renovation undone if it’s found to be illegal. Besides this, you can also sue them if the renovations have ruined your use of your own home.

As this is a general guide, note that there may be additional avenues available to you besides the ones mentioned above. To know what works best for your particular case, do get in touch with a lawyer.