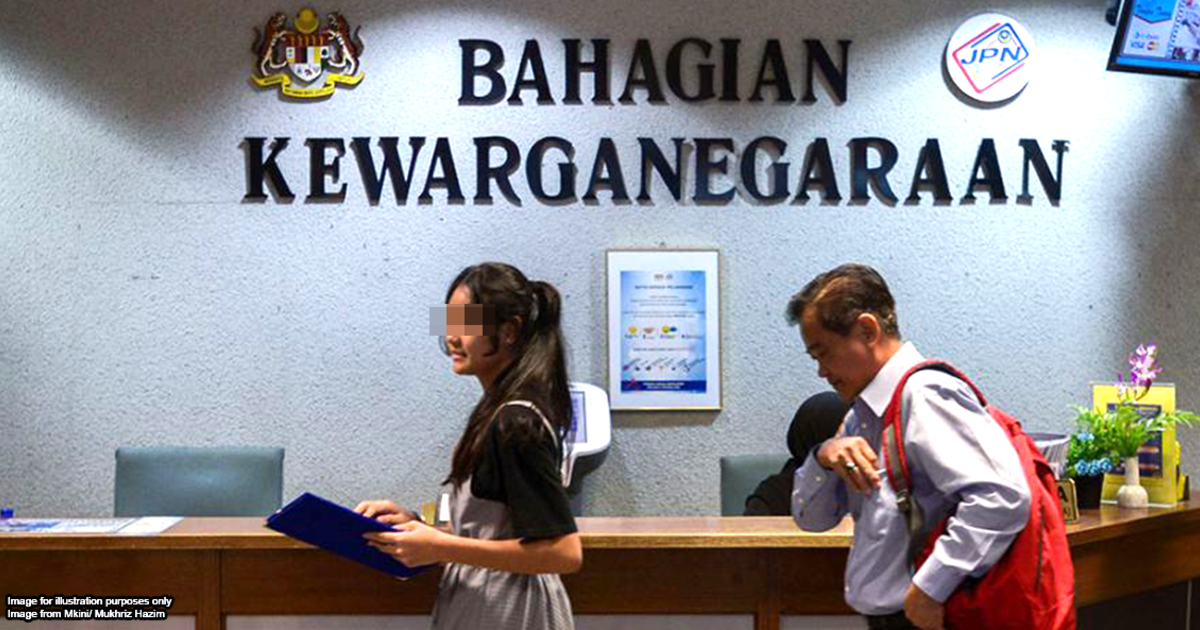 Not all kids born to Malaysian parents can get Malaysian citizenship. Here's the reason

Every now and then, you might come across a story of a child born to Malaysian parents who for some reason, cannot get Malaysian citizenship. Sometimes, these children are also born on Malaysian soil, but they aren’t legally recognized as Malaysians.

[READ MORE: The Malaysian government was sued by a 6 year old in 2014. Here's what happened]

They may be allowed to live here up until a certain time, yet they won’t be granted a Malaysian birth certificate or MyKad. But if they have at least one Malaysian parent, why can’t they call themselves Malaysians? To answer that, we first need to look at some basic citizenship laws.

There are two main ways to get citizenship in Malaysia

Citizenship through registration basically means that the person is entitled to be a Malaysian (they fit all the criteria under the Federal Constitution) and all that’s left to do is for them to register at the National Registration Department, better known as JPN. So for most Malaysians, when they are born, their parents would register them and get their certificate. And when the child turns 12, they can apply for a MyKad.

On the other hand, citizenship through naturalisation is given to foreigners who live here for a certain amount of years and fulfill the criteria set by the government. This is usually given to people who migrate here permanently or to foreign spouses and children of Malaysians.

It’s pretty straightforward at the outset, but it can get complicated in specific cases. For example, a baby may be born here to two Malaysian parents or be born overseas to one Malaysian parent but JPN may not issue a birth certificate. Technically, the baby should be able to get citizenship through registration...but this may not be the case if the criteria, as we mentioned above, isn’t fulfilled.

The parents need to be legally married in Malaysia

The country’s citizenship laws can be found in the Federal Constitution. Article 14 onwards specially talks about citizenship through registration, but it tells us to refer to the First Schedule of the Constitution. We’re going to look at Part II of this Schedule because this part applies to children born after Malaysia Day, that is 16th September 1963. The section is long, so we’re only going to be focusing on two things that are relevant to this article:

These lines essentially mean that a person is considered by law to be a citizen of Malaysia if:

There’s a group advocating for a change in the law

There can be many other reasons as to why a child is denied citizenship, like what happened to this girl who couldn’t get citizenship because there were no medical records of her mother being pregnant with her.

[READ MORE: A Malaysian girl was denied citizenship because she was born at home]

But as we’ve seen, two of those reasons can be that the parents aren’t legally married in Malaysia, and that the child may have been born outside Malaysia to a non-Malaysian father.

With regard to the second reason, a group of six Malaysian mothers are currently challenging this law in court so that their children can also become Malaysians. If they do win this case, it would mean that children born outside Malaysia to Malaysian mothers—and not just fathers—can get citizenship. The government had attempted to strike out the case stating that there was no major issue. However, the judge said that the case should be heard by the court since the mothers were only asking for equality in the law.

Now, you might also wonder what happens if a child still fails to get citizenship through this law. In some cases, the parents might just apply for citizenship through naturalisation—which means that the child isn’t automatically entitled to it, but will need to fulfill certain criteria. Malaysian mothers who give birth abroad can also appeal for citizenship. However, it’s a tedious and tough process, which is why they’re fighting for a change in the law. For the rest who fail to get citizenship for many, many years, unfortunately, they continue to remain stateless.

And while citizenship may be difficult to obtain for some, do know that in certain rare circumstances, it can also be taken away from those who already have it: