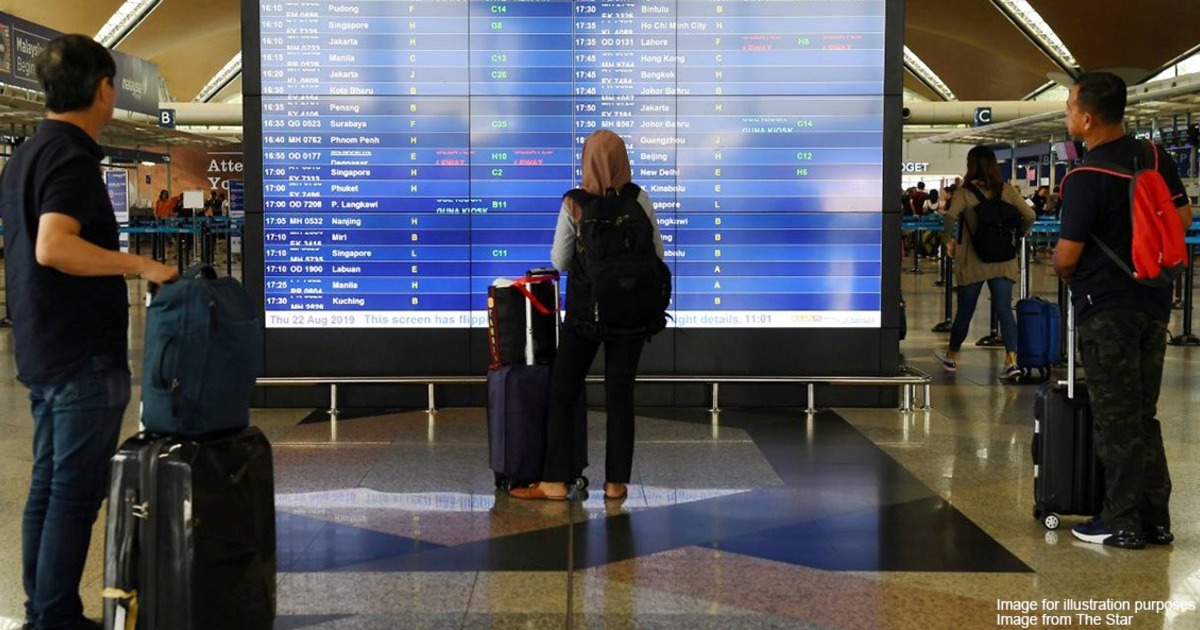 In Malaysia, can you legally “disappear” and start a new life?

We’ve all fantasised about leaving everything behind and starting over somewhere new. Maybe change our name, get a new haircut, work in a cafe, and prepare a vague backstory to tell the new friends that you meet.

But the reality might not be that easy. You probably have commitments – friends, family, partners, illicit lovers, unpaid PTPTN loans. Surely one of them will track you down and force you to come back?

You can’t be forced to go back

Disclaimer: Asklegal does not endorse disappearing from your friends and family.

First off, if you do go missing, someone close to you might lodge a missing person's report. However, if the police do find you, they can’t detain you or force you to come back because it’s not illegal to run away.

We’re unsure as to whether they are required to report back to the person your whereabouts. But if the police could find you, chances are your friends and family could do so too.

You might think that the police would have an upper hand in finding someone. This can be true in terms of network, manpower and reach. However, unless you’ve committed a crime, or your disappearance is linked to a crime, the police aren’t allowed to things such as asking your bank and telco to reveal your location.

Services that you use such as banks and telcos are not allowed to disclose your information. For example, if someone requested your bank to disclose the location of the ATM you used to withdraw money, the bank cannot do so. Under Section 133(1) of the Financial Services Act 2013, the bank can’t disclose their customer's information or affairs to anyone.

But there are exceptions. For example, if there is a court order or you are being investigated for a crime. In those situations, the bank is required to disclose your bank information to the police.

Similarly, telcos and any other service providers are required to protect your data, under the Personal Data Protection Act 2010.

If you plan to disappear overseas, make sure you’ve been paying your PTPTN and taxes. Because if not you’ll need to choose somewhere domestic, as you’ll be barred from flying overseas.

Just don’t be too good at hiding, because you might face an unexpected problem. If you’re not found after 7 years, you can be declared dead. Not only will you be listed as dead in the national registry, but your assets can also be claimed by your family and debtors.

[READ MORE: If your husband or wife mysteriously disappears, can you claim their insurance, EPF, etc? ]

If you’re under 18, things are a bit different. According to a lawyer we consulted:

Under Section 18 of the Child Act 2001, a police officer may take a child into temporary custody if they are satisfied on reasonable grounds that the child is in need of care and protection. When they do so, they must notify their parents or guardian. – Tanusha Sharma, lawyer.

So if you’re still under 18, the police can detain you and notify your parents about it. Under Section 17 of the Child Act, it lists a few situations where the police can take the child under temporary custody. For example, if the child is found begging on the streets they can do so.

But what happens after is usually decided on a case-by-case basis. For example, if you’re running away from an abusive home, you might be placed in a shelter instead of being returned to your family. So there is no clear-cut answer and it will depend on your situation.

You might decide to go with a new name, just so you can shed off your old identity. In fact, you can also double down and legally change your name.

However, it’s not a 100% guarantee that you’ll get to change your name.

The National Registry Department (NRD) will check if you have a good reason for doing so. Most of the time, people change their name because they converted to a different religion, or were born with an unfortunate name. These cases are generally allowed and are processed faster. So you’ll need to put in a convincing case to the NRD to change your name.

[READ MORE: Can you choose not to have bin or binti on your MyKad? ]

If you decide not to bother with doing it officially and instead get a fake IC, you might get into trouble. Getting a fake IC is an offence under Section 25(1)(e) of the National Registration Regulations and can get you jailed and fined for doing so.

But there is one scenario where you can immediately get your identity changed: if you’re a witness for a serious crime that went to trial.

Not many are aware of this, but under the Witness Protection Act 2009 witnesses and their family members will be given protection throughout a trial. Some of the protection includes being resettled in a new place, accommodation, a new job, some money to sustain yourself, and a new identity.

What if you’re a criminal on the run?

This is unlikely, but if you are a criminal on the run: please surrender peacefully at the closest police station.

But seriously, if you are wanted by the police, chances are they are keeping tabs on you, even if you go overseas.

“They can’t hunt you overseas but the police will still keep tabs on you. Once they locate which country you’re in, it depends whether that country is willing to return the criminal – technically fugitive – back to Malaysia. It would also depend on the extradition treaty the country has with Malaysia, as well as the crime committed.

For example, Sirul who is convicted in the Altantunya murder case is still claiming asylum in Australia. This is because countries such as Australia won’t extradite the fugitive back to their home country if they are facing the death penalty.” – Tanusha.

[READ MORE: What's extradition, and is it hard to bring a Malaysian criminal back from overseas? ]

So if you do plan on disappearing, here’s the TL;DR: Be over 18, don’t be under 18, don’t be a criminal, and don’t be too good at hiding or you’ll be declared dead.