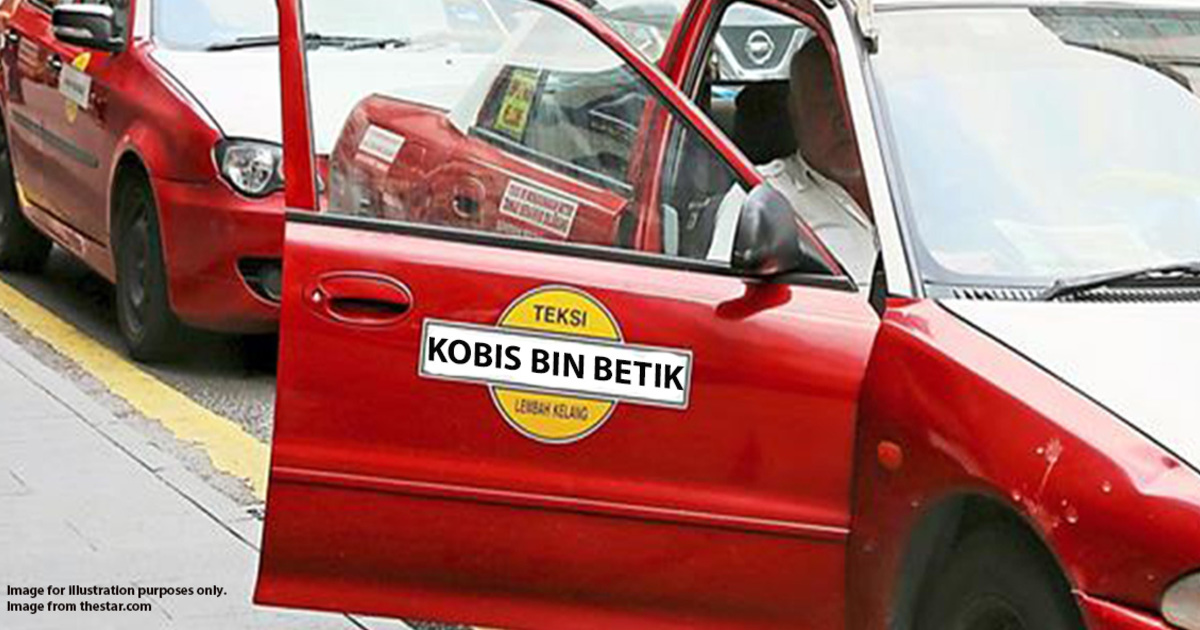 Can you imagine being called Durian or Rambutan as your official name?? A sibling duo from Kedah were named after two local fruits – the durian and rambutan. Although their names are spelled differently – Durian was spelled as Dhury Yan and Rambutan as Rambutt'an, it resembled so much to the name of the fruits that made netizens relate to the fruits more as it sounded alike.

More recently, a Twitter user went viral after uploading a picture of his Mykad. In the picture, you could see that his name was a mix of a Malay and Japanese name.

Legally speaking, it is not an offence to name someone after a fruit or with a Japanese name, but the National Registration Department (NRD), better known as Jabatan Pendaftaran Negara (JPN) in Malay has set out an extensive guideline/rules to restrict naming people with offensive or unappealing names.

Section 16 of the Births and Deaths Registration Act 1957 states:

Basically, the Registrar has the authority and power to object a name that is undesirable and the name will not be accepted for registration as per the Act.

So, we decided to find out what are the types of names that JPN does not accept and here is a list with no particular order on the criterias listed for names that aren’t allowed in Malaysia.

1. Names that are absolutely prohibited

How bad can a name be that it had to be absolutely, unconditionally forbidden from being used in Malaysia? Here’s a list of some reasons behind it:

So, if you ever come across someone by the name of Sial or Bola Besar...they really must be having it hard, especially if it’s a guy. Names that carry offensive meanings are derogatory to the person who is being called by the name, while names with titles in front or refers to a particular profession can be misleading as well as it goes against the law.

2. Names that are unsuitable for a person

What are the odds of meeting someone with the name Hitler in your workplace or a party? Almost none. Perhaps this has something to do with the “unsuitability” of the name being given to someone in Malaysia. There are also other names that have been classified as unsuitable in Malaysia such as...

There has been an increase in the number of people wanting to change their birth names in Malaysia due to the fact that it may be unsuitable for them. Unsuitable names refer to names that may not suit a particular gender, or can even refer to an animal, the weather or naming someone after numbers/digits.

3. Names of those from special lineage

You may have heard of names of people that start with Syed, Syarifah, Wan or Nik in Malaysia. So in order to incorporate these titles in their name, one has to get permission from the authorities and will have to prove their lineage to the descendants who carry the title in their names in order to be able to use it.

So if one does not have a connection with another ‘Wan’, it is less likely that the person can use the ancestry name of those from the descent. Also, if a woman carries the title in her name, the child cannot inherit the name despite being part of the lineage.

4. Names that are unsuitable in a different language

Since most Malaysians are either bilingual or multi-lingual, we may understand certain words that carry an offensive meaning in a particular language. For instance, this may happen if it is the name of another person who may not know the context of the meaning of his/her name in your mother tongue. So let’s break it down to the three categories of languages most prominent in Malaysia to classify some of these unsuitable names:

So perhaps it’s best to find out what the meaning the name you like carries before making a decision, as it may sound offensive in a different language.

5. Names cannot be more than 80 characters

JPN also announced last year, that there will be a character limit to names as you cannot fit more than 80 characters in the Malaysian Identification Card (IC). If you were wondering, the record holder for the longest name in Malaysia is a girl named Princess Aura Nurr Emily Amara Auliya Bidadari Nawal El Zendra Mohd Sufian. That’s basically 63 characters and 12 words altogether!

So in the new regulation, the character limit also includes the father’s name and the “Bin/Binti” that is registered in the IC. Take note that even the spaces in between the names are also counted as characters. The reason behind this regulation is to reduce the negative impact on a child, when he/she has to fill up forms or even examination sheets in schools.

But the regulations are not meant to penalize someone because of their given name. Those with names exceeding 80 characters would be given a verification card confirming that his/her name does not fit the MyKad.

But don’t worry, your name won’t get you sued

So, having a long name or something that carries a funny meaning does not make a person liable for an offence in Malaysia. In fact, JPN gives parents the full liberty to name their children as per their wishes but the regulations stated must be complied with. If both parents agree to name their child with a particular name, there is no hard and fast rule stating that they can’t. It is also at the discretion of the registrar on whether or not the name is acceptable to be used.

“The decision to name a child lies fully on the parents or the birth informer. The name given by the parents is subjective and depends on the individual. Parents who want to name their child with undesirable or objectionable names will be advised by the NRD on its unsuitability before registration,” – NRD statement – from ProjekMM via Cilisos.

However, if you’re not happy with your name or you want to change it, there are procedures and steps you can take to re-register your name with the JPN and take an oath to confirm that the changes you want to make is done at your own will. If that’s the case, it’s best to get in touch with JPN or browse through their site on the procedures to change names in Malaysia, where several categories are listed down according to the age of a person.