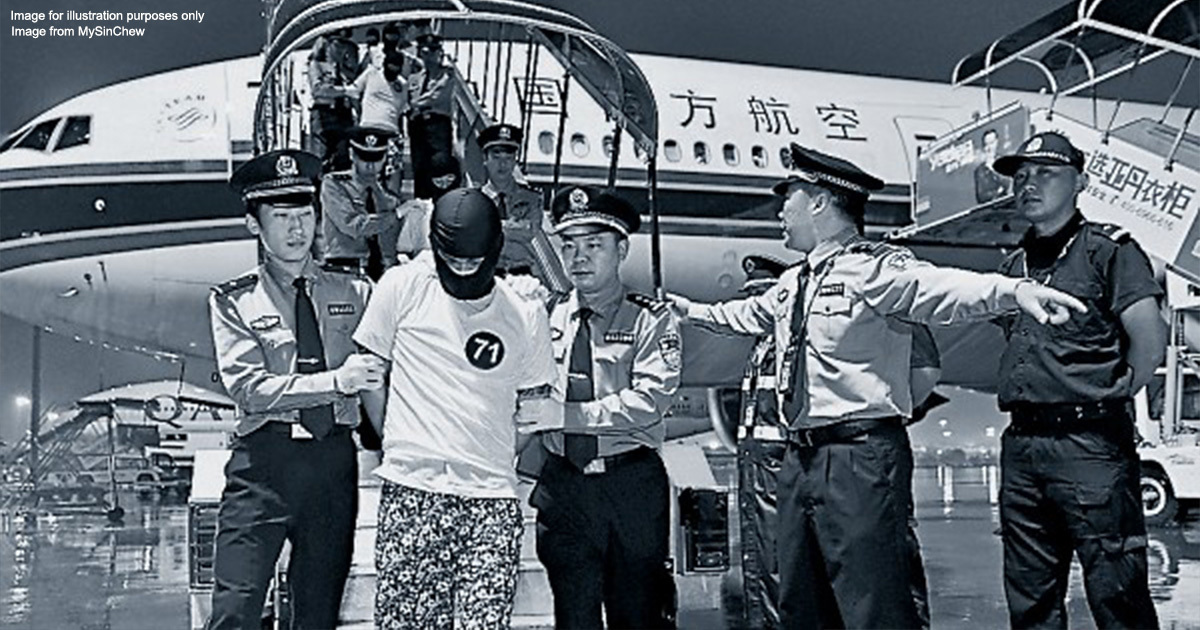 What's extradition, and is it hard to bring a Malaysian criminal back from overseas?

You might remember one of Malaysia’s high profile extradition cases - the story of Muhammad Rizalman. He had entered a young woman’s bedroom with his pants and underwear down after following her home. He was extradited to New Zealand from Malaysia on 14 October 2014 to face the New Zealand court, and after the proceedings, he served a 9 month house-arrest sentence.

But probably the bigger case in everyone’s minds is that of Sirul Azhar Umar, who had been sentenced to death by hanging for the murder of Altantuya Shaariibuu. Sirul had fled to Australia, but he was not extradited back to Malaysia, because Australia has a law against extraditing people who are facing the death penalty. (more on this later)

But if the question on your mind is “what is extradition anyway?”, we have you covered.

Extradition means sending someone back to where they committed a crime

If you don’t know what “extradition” means, it’s basically when Country A catches a fugitive (a person who’s on the run) from Country B, and delivers that person back to Country B. For example, if you’re caught for stealing in Malaysia and flee to Thailand. The Thai government might catch you and then send you back to Malaysia.

We don’t want to go into the complex issues of international law here (so we don’t confuse you), so we’ll try to keep it simple.

Malaysian laws don’t apply in other countries because each country has their own laws. So, you can’t exactly prosecute Thai national using Thai laws for a crime that took place in Malaysia. This is not the most accurate example, but imagine you’re in trouble for insulting a client at work. You’re going to get disciplined by your superior, but not your family (because work rules don’t apply at home).

But, it wouldn’t be helpful to Malaysia if the Thai government refused to catch fugitives that run into Thailand - what if one day Thai fugitives ran to Malaysia too?. To solve the issue of escaped fugitives into another country, countries strike deals with each other called extradition treaties to decide what should be done (a treaty is basically a kind of contract between countries).

[READ MORE - If Malaysia has a disagreement with another country, how do they settle it?]

So does this mean that extraditing a fugitive is as simple as catching the fellow and then putting him on a plane? Not really, as there are certain conditions that must be fulfilled beforehand.

The crime committed must be extraditable

Section 6 of our Extradition Act 1992 provides that for extradition to happen at all, a fugitive must have committed an extradition offence. This is defined as a crime punishable by at least 1 year of prison, or death. The crime must also have happened either in Malaysia, or in a country that Malaysia has an extradition treaty with (although the Minister of Home Affairs can allow a request from countries that Malaysia does not have a treaty with).

The Extradition Act also imposes certain restrictions on who can be extradited in Section 8. The full list is rather long, so we’ve summarized them into a few points here:

The procedure for an extradition to happen in Malaysia is as follows:

There are a few possible situations that can develop from here, such as the fugitive challenging his detention as unlawful, but we won’t get into them for the sake of simplicity.

Conditions in extradition treaties must also be followed

From there, we’ve briefly covered Malaysia’s extradition laws, but we need to remember that there are two countries involved here, so their own laws and conditions need to be taken into account as well.

The countries that Malaysia signs extradition treaties with can very well refuse an extradition request if the treaty is not respected. This is why the Malaysian government is considering revoking Sirul Azhar’s death penalty for the murder of Altantuya, so that he can be extradited from Australia. While there might be a lot of rumours out there about the case, what actually will be done remains to be seen.