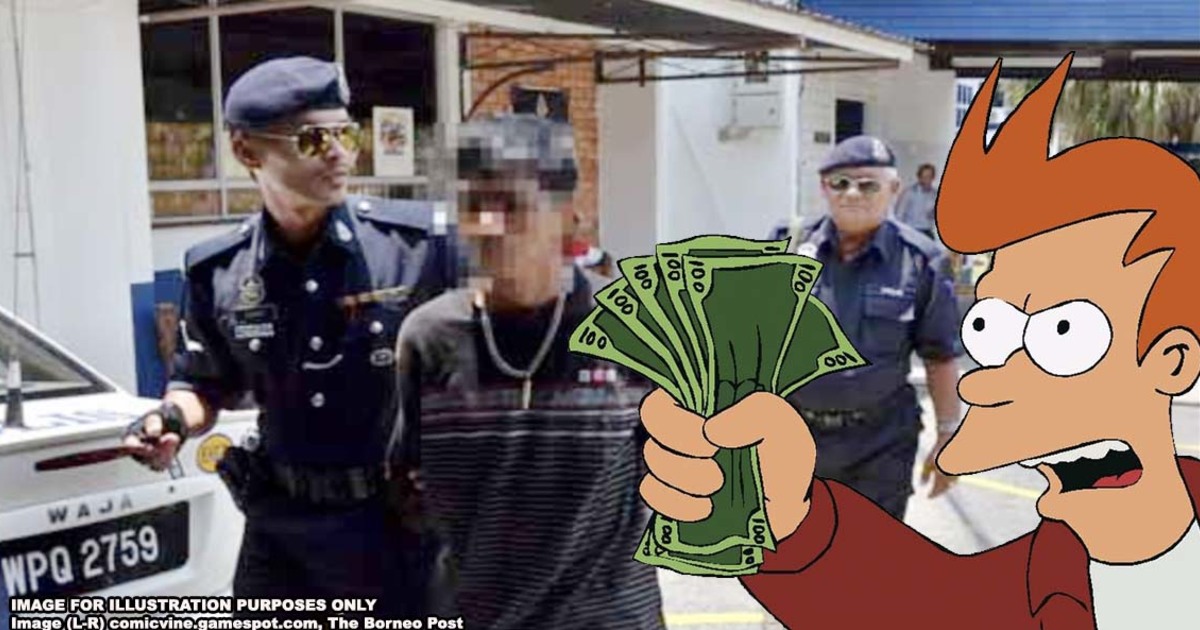 In Malaysia, you can pay bail to go home instead of going to jail. Here's how it works

You may remember a 2017 incident in Johor Bahru where a woman rammed her car into a group of child cyclists, leading to death and injury. She was later charged for causing death by reckless driving.

However, she is now...at home.

Before you rage against the government for letting her go, they didn’t. She is waiting for her turn to face the judge but she gets to wait from home rather than in prison because of a tiny thing called bail.

But before we go on further into the details, bail simply means that the court grants you (a person who is accused of a crime) a temporary release from police custody. Most of the time, this temporary release requires a form of security (usually money) to guarantee that you would return to court as ordered.

Basically, the courts allow you to go home in return of you paying a sum of money to promise that you would not run away. If you’re here looking about information about getting your bail money back, that’s in another article:

[READ MORE: Can you get your bail money back after paying it to the Malaysian courts?]

So….. how would you know if you are getting bail?

Whether you get bail depends on what you did

Most of us would know that the majority of crimes in Malaysia is governed by the Penal Code. However, did you know that these offences are actually divided into three categories for the purposes of bail?

Bailable offences are basically when you get your bail as of right. This means that the court is not allowed to deny you bail. This is found under section 387 of the Criminal Procedure Code.

The reason why you get bail as of right is because these offences are usually less serious and they carry a light sentence as well.

An example of such an offence is trespassing (section 451 Penal Code), which is when you enter another person’s property without their permission.

These offences are governed by section 388 of the Criminal Procedure Code and bail will be at the discretion of the court. Unlike bailable offences, bail is not guaranteed. The court can decide whether they would like to give you bail or not. An example of a non-bailable offence would be murder (section 302 Penal Code).

This is where section 388 gets a little tricky. So, let’s dissect it for you.

Is the offence committed punishable by death or life imprisonment?

If the answer is yes and the court has reasonable ground to believe that you committed that offence, then no bail is allowed UNLESS you are:

An example of how this operates is to look at the case of Dato’ Balwant Singh, an illustrious lawyer who was charged (and acquitted) for murder after opening fire on a despatch rider. At the time of the trial, Dato’ Balwant was 80 years old and was frail in health. The court allowed him bail despite him committing murder, an offence that was punishable by death.

If the answer is no (the offence is not punishable by death/life imprisonment), then bail may be granted if it fulfils the guidelines found in the case of Public Prosecutor v Wee Swee Siang. We won’t delve into the guidelines but essentially the courts have to consider things like the seriousness of the offence and whether the accused would run away.

A second case of Manickam & Ors v Public Prosecutor suggested another factor to consider – the presumption of innocence.

The standard procedure for criminal trials is that you would be in prison until the trial is over. However, throwing you in jail while you wait for the courts to find you innocent or guilty can be considered a form of punishment. Since you are presumed innocent until found guilty by the courts, granting bail effectively prevents you from getting undue punishment.

These would be offences where bail cannot be granted at all – The court has no discretion in deciding. These usually concern extremely serious offences threatening Malaysia’s safety, such as terrorism.

Now that you know when you would be given bail, the next point is…

How much do I have to pay for bail?

You have seen how in shows, bail amounts can range from a few thousand up to a staggering million (or more). So, if you are ever caught in a situation where you require bail, how would you know how much you would be slapped with?

Well, the first thing that needs to be understood is that the bail amount should not be set with the intention to punish. Section 389 of the Criminal Procedure Code states that when determining the amount of bail, the court has to consider two things –

The judge in the earlier mentioned case of Manickam & Ors v Public Prosecutor stated that:

“An excessive bail bond may defeat the granting of bail as the accused may find difficulty in getting a bailor acceptable to the court. The reason arises from the principle and basis of our criminal law that the accused is presumed to be innocent until proven guilty.” – Wong Kim Fatt JC

But before you kick up your feet and start flipping through Netflix at home, there is something you need to know…

The court can cancel your bail!

Let’s say you are out on bail and you are at home flipping through Netflix while waiting for your turn to go to court. Suddenly, a PDRM officer comes a-knocking on your door and arrests you. The officer says that they are going to detain you because the court has cancelled your bail. Can that actually happen?

The answer is YES. Why this could happen would depend on the type of offence you are charged with. So referring back to the categories mentioned earlier:

For bailable offences, the principles governing the cancellation of your bail is laid down in the case of Wong Kim Woon v Public Prosecutor. In this case, Wong breached an important bail term when he failed to appear in court. The court decided that when a fundamental bail term has been breached, the court MAY revoke bail.

However, the court must first give the accused an opportunity to give reasons as to why the bail should not be revoked.

Section 388(5) of the Criminal Procedure Code allows the court to revoke bail by arresting the accused and returning him into custody.

An example of a case where this section was considered is Phang Yong Fook v Public Prosecutor. Here, bail was revoked because the accused was alleged to have tampered with witnesses. However, there must be strong evidence before the court can cancel the bail:

“In this case, the learned Deputy Public Prosecutor only made vague allegations of harassment, tampering with witnesses and intimidation in support of his application to revoke the bail in the court below. There was no oral or documentary evidence or even an affidavit to support the allegations”

If the courts found you guilty and you want to appeal your case, you would have this next question…

Can I get bail if my case goes on appeal?

In such a situation, section 311 and section 315 of the Criminal Procedure Code tells you if you are entitled to bail.

It should be noted that if you’ve been convicted (found guilty) and appeal the case, you’re still legally considered to be guilty during the appeal process. In this case, the bail pending the appeal (covered in section 311) will only be given in exceptional circumstances.

The court in KWK (A Child) v Public Prosecutor laid down the factors to consider for amounts to exceptional circumstances:

On the other hand, if the prosecution wants to appeal your acquittal (innocence), they would have to rely on section 315. Basically section 315 allows the judge to issue a warrant for your arrest or allow grant you bail. An interesting point to note about section 315 is the judge’s statement in the case of Ment & Anor v Public Prosecutor:

“The provisions of s 315 also exhibit an intention of the legislature that the grant of bail is the rule and committal to prison without bail is an exception.” – Vincent Ng JC

This means that when it comes to section 315, the court is of the view that granting bail should be a general rule and not granting bail (sending you to prison) is an exception. This leads us to another question you might have...

What happens if I don’t agree with the court’s bail decision?

You would definitely want to use the appeal under section 389 because the appeal process is fast as the court is not allowed to cancel the bail. They can only grant or reduce or increase the bail amount.

On the other hand, under section 394, the court has the power to cancel or alter any bail decisions - which makes the process is much slower. A further interesting point to note is that according to section 50 of the Courts of Judicature Act 1964 and the case of Public Prosecutor v DSA I (Anwar Ibrahim’s case), an appeal for a bail sum can only be made up to the High Court (we will explain the hierarchy of courts in another article) and the Court of Appeal has no power to hear appeals regarding bails.

Now that you are armed with the knowledge of bails, you can wow your friends at your weekly mamak sessions and, uh…if you are ever caught for a crime, please look for a lawyer.

[READ MORE: In Malaysia, you can be arrested for a crime even if you don’t actually do it]