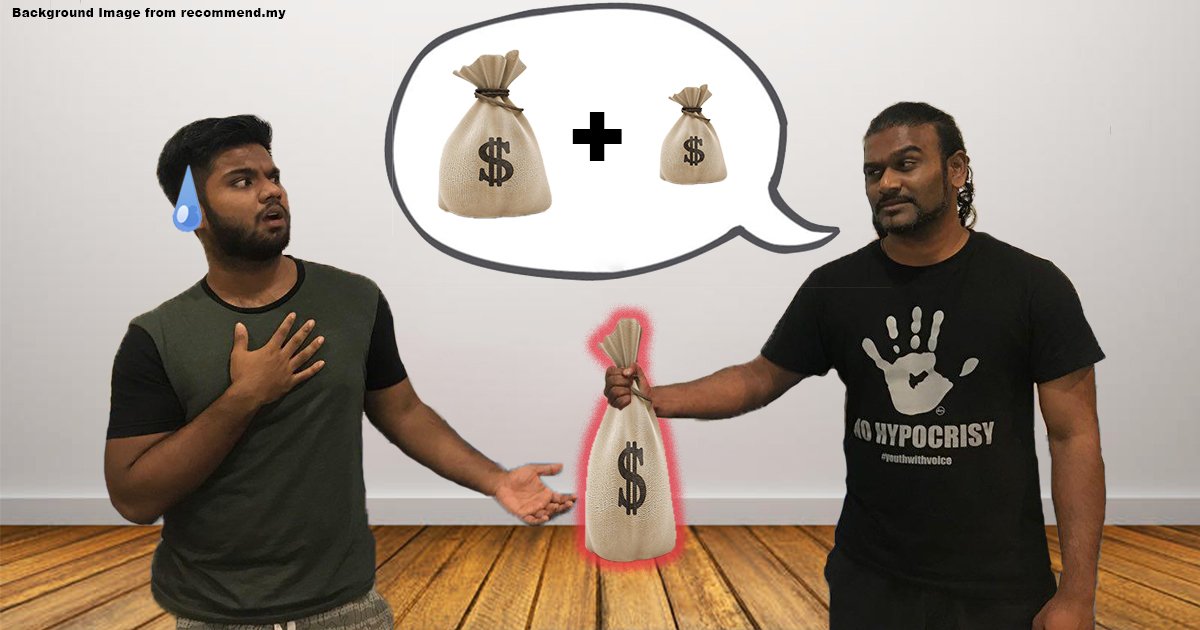 Are you allowed to charge interest for loans to friends and family in Malaysia?

Everyone has their difficult times with money. It can be embarrassing, and you don’t really want to trouble your friends or family, but when trouble strikes, they are the closest people to you, which makes them the first ones you turn to in times of need. So… you might go to them to take out a friendly loan.

[READ MORE - Can I sue someone who promised to marry me (but doesn't) in Malaysia?]

But on the flipside, when you’re the one lending the money to family and friends… you do a double take, and you’ll probably doubt your decision for a long time - because while you want to help someone dear to you, and you trust them…you don’t want to risk losing that money forever, or worse, ruin the relationship if they can’t pay you back.

One (controversial) way to encourage repayment is by charging interest. Depending on how you see it, charging interest may not make you look like a nice person, but it can protect you if you couldn’t really afford to part with your money, but you still wanted to help your family or friend out. You might even consider only charging interest IF they pay late.

But, that’s assuming you’re allowed to charge interest in the first place.

Do you need a moneylender license to charge interest on loans?

In everyday life, you usually only see interest being charged by:

You’re not a bank, and you’re not a licensed moneylender either - so would that make you an Ah Long…? At first glance, there are no written laws specifically stating you can’t charge interest on a friendly loan, but the Moneylenders Act 1951 defines “moneylending” as:

“...the lending of money at interest, with or without security, by a moneylender to a borrower;”

Before 2011, the law was different and it was in fact illegal to charge interest on loans without a moneylender’s license - but no longer. The law used to define a “moneylender” as:

“...any person who lends a sum of money to a borrower in consideration of a larger sum being repaid to him.”

So if say, you’re genuinely helping a friend out, and you charge them 3% annual interest to cover the cost of the money (losing out on fixed deposit returns, for example), you would have been considered an unlicensed moneylender! But this position in law is no more. Since 2011, the Moneylenders Act has been amended, and a new definition came into effect, which reads:

“...any person who carries on or advertises or announces himself or holds himself out in any way as carrying on the business of moneylending, whether or not he carries on any other business;”

In this new scenario, you would need to actually be operating a moneylending business to fall under this law (like Ah Longs), otherwise, you’re not subject to the requirements of the Moneylenders Act.

One thing you need to note is that, because of Section 10OA of the Moneylenders Act, if you charge interest on any loans, you need to make sure you can prove that you are not carrying out a moneylending business - otherwise, you could be slapped with an offence under Section 5 which carries a fine up between RM250,000 to RM1,000,000 and/or up to 5 years in jail (you also get whipped for repeat offences - sounds fun eh?).

But a Malaysian case also says friends should not charge interest…

We actually have a Court of Appeal case reported in 2007 (Tan Aik Teck v Tang Soon Chye) where a judge decided on what a “friendly loan” in Malaysia means:

“A friendly loan is a loan between two persons based on trust. They may be an agreement such as an I.O.U. or security pledged to repayment but most important there will be no interest imposed.” - emphasis added

So that means that you can’t charge interest, right? Er, not exactly, because in 2016 a High Court case (Menta Construction Sdn Bhd v SPM Property & Management Sdn Bhd & Anor) decided that generally speaking, you shouldn’t charge interest on a friendly loan, but you still can if you want - although you’ll hold the burden of proving you’re not trying to profit from the loan like a moneylending business would. If your case ever gets brought to court, the court will reserve the discretion to reduce or strike out the interest if they decide that it is exorbitant or unjust (you can still get your principal sum back as long as you can prove that the other guy owes you money).

It’s worth keeping in mind that the High Court for the 2016 case is lower in rank than the Court of Appeal that decided upon the 2007 case, so this position in law may not be settled, and may change in future.

Therefore… you should make your own decision as to whether you really want to charge a close friend or family member interest on a loan. You might want to support their personal needs or a business, you could also make it a formal loan between two people who happen to be close, or it could even be an investment you make for which you expect a return.

Whichever arrangement you prefer, you should make it clear from the beginning in an agreement between the both of you. Not charging interest at first and then later wanting a profit share or interest payment if they become successful is great step...for spoiling your relationship forever.

There are safeguards you can take when making friendly loans

Some experienced friends of this writer have a different way of supporting their close ones in need: by offering to pay for daily expenses instead of giving an outright loan. But if you’re not comfortable with that type of arrangement (it might be bigger commitment than a loan), conventional wisdom says to never lend big sums of money to friends and family - because you should value the relationship more than the money.

If you are going to loan money at all, the safe thing to do is to only lend what you can afford to never see again. Even then, always document the friendly loan to make sure you can legally enforce the loan and recover your money later on (just in case). If you’ve made friendly loans to people in the past, you could still enforce the loan because any form of documentation, including emails and text messages can be enough to prove that the other person does in fact owe you money - you don’t always need a formal document.

If you do have someone who owes you less than RM5,000 and has been ignoring your calls, you can actually get them to pay up through a small claim procedure. We have a guide on how to do this at the link below.