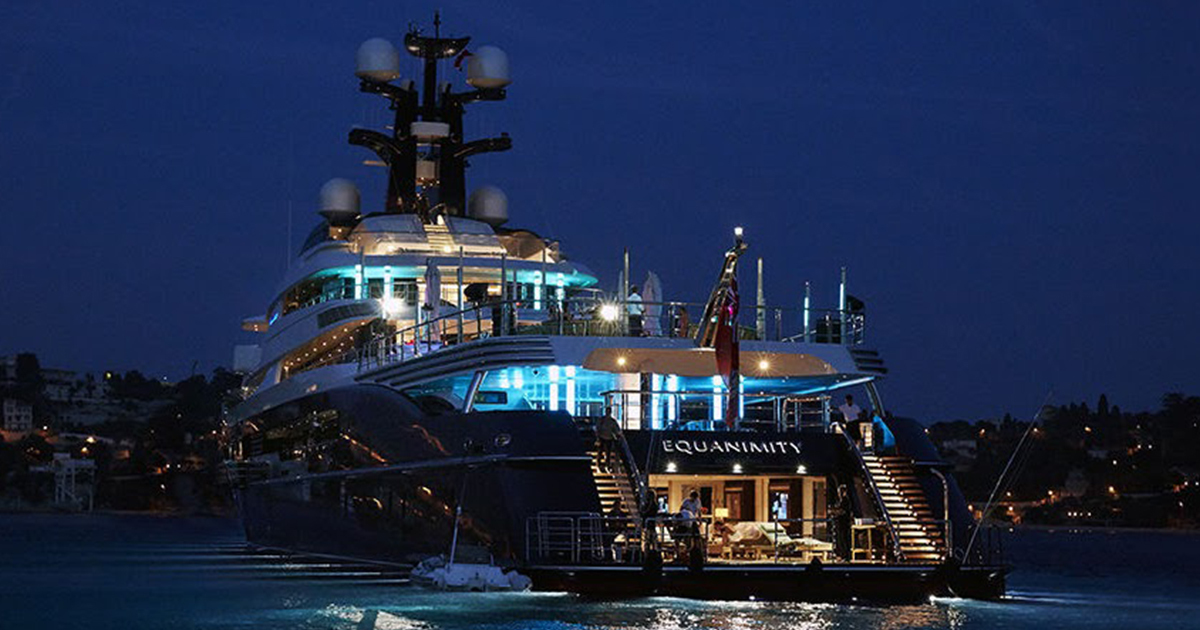 Ah… You’re cruising on the blue seas on a luxury ship, enjoying the spoils of life with a cool salty breeze in your hair. You’re relaxed, without a care in the world, off to some island you read about where you’ll go diving soon.

Except, that ship is the Equanimity yacht, which was actually wanted by the US Department of Justice (DoJ) before they suspended their own legal proceedings give Malaysia the opportunity to deal with it - since the DoJ also said the yacht was bought using Malaysian government money. You probably won’t get in trouble just for being on board though, unless you’re Jho Low himself, who is wanted for his connections to the 1MDB financial scandal.

What most Malaysians will find curious is that the yacht was not “confiscated” by the Malaysian government, but “arrested” instead. In fact, there was even a warrant of arrest issued by a court even we haven’t heard of before - the Admiralty court.

Let’s start off with that answer and get to two more questions you might have about the legal workings behind the “arrest” of the Equanimity.

We’re using the phrase “arrest a yacht” so often it’s starting to sound normal. But let us assure you, it’s not normal to arrest inanimate objects - you usually “confiscate” them. First, we’ve got to look at how Malaysia got the right to control the yacht in the first place, since it was actually being brought in by the US DoJ at first.

The Equanimity came under Malaysian control through two agreements between countries, called Mutual Legal Assistance (MLA) treaties. The MLA treaty basically is an agreement between two countries to provide each other with help in criminal investigations and proceedings where they can - such as handing over a luxury yacht purchase with illegal money. Our Attorney General, Tommy Thomas, stated that Malaysia’s MLA treaties with the U.S. and Indonesia (actually a treaty with ASEAN nations) were activated to bring the Equanimity back here.

[READ MORE - What does the Attorney General do?]

This invoked a branch of law called “admiralty law”, which is basically the law of the sea. And one of the things you can do under it is arresting ships. You can find a summary of how our laws about ship arrests work here, but in the case of the Equanimity, we arrested it because our government is claiming it belongs 1MDB, and not Jho Low. It’s like that our court issued the warrant of arrest under Order 70, Rule 4 of our Rules of Court 2012.

There was a little bit of complication before this though, because the first arrest of the Equanimity by the Indonesian authorities in February was void on technical grounds (meaning they didn’t follow the proper procedure to arrest the ship). After that, they arrested the ship again in July after receiving a request for legal assistance from the U.S. - through Indonesia’s own MLA treaty with the US, which made it a valid arrest.

2. How do you prove that the Equanimity belongs to the Malaysian government?

The answer to this is actually pretty complicated because it involves something called a “constructive trust”. We’ve covered the basics of “trusts” in an earlier article of ours, but to put it in extremely simple terms: it’s a way the law works to protect property rights.

Normal trusts are commonly formed in scenarios like where you one day declare that “I will now create a trust for my grandkids so they will be financially secure after I die”. You’d then set up a “trust fund” using your assets through the proper legal procedures so that your descendents can enjoy the benefits, but can’t do something silly like sell off your assets for a quick buck.

But “constructive trusts” work differently - they’re not formed when a person says so, but when a wrongdoing has happened - like if someone stole your money and bought something with it. This is a workaround that English law invented because there were issues when someone stole money and went to buy something else with it, like a car. Without the concept of a “constructive trust”, there were 3 major problems with the law before that:

3. Is the Malaysian government even allowed to sell the yacht?

According to The Star, Attorney General Tommy Thomas has stated that the sale is allowed under maritime laws. We’re not exactly sure how maritime law is involved, as sources for it are also pretty difficult to get a hold of - so all we know for now is based on news reports

The Star further notes that the government has started legal proceedings to sell the Equanimity, where the Malaysian government and some 1MDB-linked companies are asserting ownership over the yacht.

“We, the plaintiffs, assert that the yacht is in constructive trust to us, because our monies were used.

“Of course, if and when there’s a contest by Jho Low or anyone else, they will have to assert that it’s theirs,”

- Tommy Thomas as quoted by The Star

The AG has said that the ship can be sold even before the litigation clears up, because it’s permitted under admiralty law. If there’s a “real owner” of the Equanimity, they’re supposed to come forth and assert their ownership at this point, but, even if the Equanimity really belongs to someone else, it’s still fair (enough) for them because they can still claim the monies gotten from the sale.

One lawyer has also commented on how the legal proceedings would go for the sale of the yacht. Both the Attorney General and the lawyer did not mention any legal sources for reference though.

We’ll be looking out for updates and are also waiting to hear from our lawyer friends for further clarification.

Got more questions about the case?

Ever had that feeling when a legal issue comes up in the news and there’s a big hoo-hah, but you don’t really know what’s really going on because you don’t know the law behind it? A lot of people were puzzled by what went on during Najib Razak’s arrest as well, and had questions, which we’ve answered in this article below.

If you have any legal questions about how the law behind the Equanimity’s arrest works, send them to us through our Facebook page (or in the article comments), and we’ll do our best to answer them!