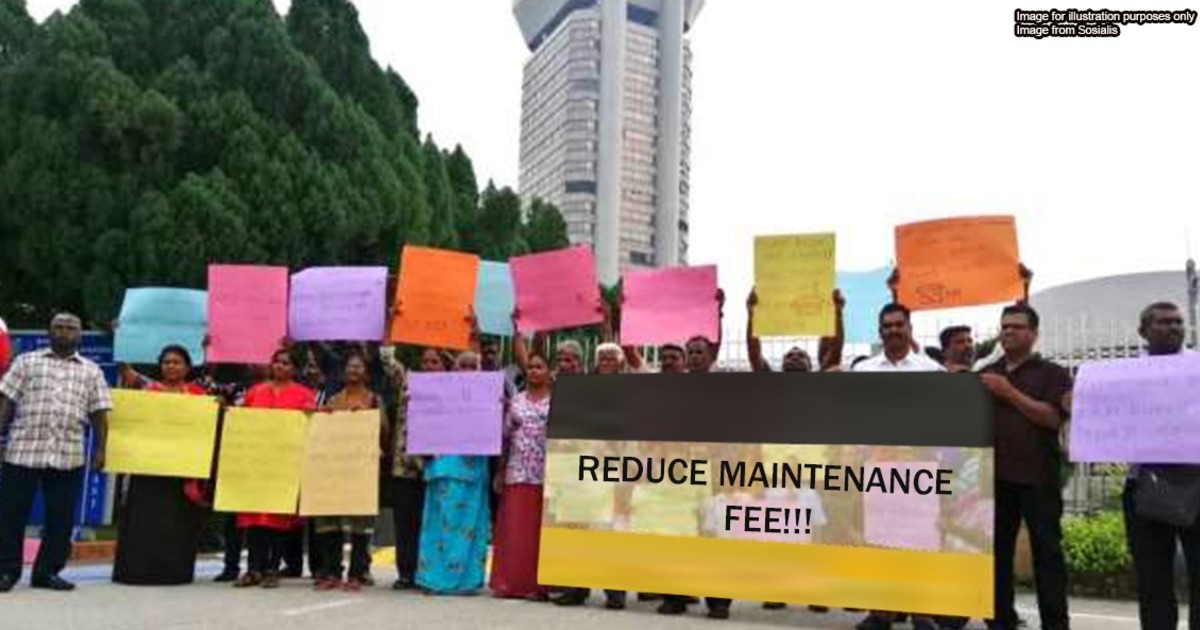 In Malaysia, what can you do if your condo management increases the maintenance fee?

Note: Although this article mentions ‘condo’, this law applies to all strata properties—any high rise residential building such as apartments and flats, as well as gated and guarded single-story communities.

Imagine this: You’ve been living in your condo for 5 years now. You dutifully pay your maintenance fee every month, and you have no issues with the management. One fine day, you get an invoice from the management and you see that the fee for this month has been increased by a whopping 50%! This invoice also comes with a letter saying that this will be the new maintenance fee rate from now on.

This new rate is obviously going to burn a hole in your pocket, and you don’t even understand why the rate has been hiked up. Generally, it’s understood that your maintenance fee rate is calculated by dividing the total cost of maintaining the place with the number of units in the property. So usually, low-rise condos would charge a higher maintenance fee to cover the operating cost, as there would be fewer units.

We previously wrote on whether managements can charge different maintenance fee rates for different types of properties in the same area. But in the instance where your management suddenly wants to increase the rate from what was initially agreed, what can you as a homeowner do about it?

The management has the right to set the rate

This part can be a little technical, but bear with us.

So by now, you would know that the management is the one who’s responsible for imposing and collecting the maintenance fees for your condo. But, the management isn’t just a bunch of people who take care of the property. While their common responsibility is to upkeep the place, the people who consist of the management actually change over time:

But no matter the type of management, the law gives every one of them the responsibility to set up a maintenance account to keep the fees, and you can find the respective laws in the Strata Management Act (SMA) 2013:

But here’s the thing...just because the management is in charge, it doesn’t mean that they can call the shots on their own.

The residents’ must agree to the increase

If you remember, an AGM is supposed to be held with the residents when a new management takes over from the developer. But this isn’t a one-off thing, as AGMs are supposed to be held every year. Besides having AGMs when transitioning to a new management, these meetings are also needed to discuss issues faced by residents and the management. Managements that fail to do this would be breaking the law, and this is stated in Section 18 of the SMA 2013:

(1) It shall be the duty of the developer to convene the first annual general meeting of the joint management body…
(2) Any developer who fails to comply with subsection (1) commits an offence and shall, on conviction, be liable to a fine not exceeding two hundred and fifty thousand ringgit or to imprisonment for a term not exceeding three years or to both

This section above is specifically for developers who are forming the JMB, but the same can be found for MCs in Section 57 of the Act.

As we mentioned, important issues that affect the residents and management must be brought up during an AGM. So if the management is planning to increase the maintenance fee rate, this needs to be raised during one of the AGMs and more importantly, it needs to be approved by the majority of the residents.

You’ll have to pay if your neighbours agree to it

[READ MORE: Can Malaysian condo managements block your access card if you don't pay your fees?]

[READ MORE: Can the condo management in Malaysia really enter my unit and take my property?]

They can even file a case against you in the Strata Management Tribunal, which hears cases on property disputes. If their case is proven to be true, you can be heavily fined.

But let’s say you’re not convinced by your management’s reasons to increase the maintenance fee rate. For example, you’ve been asked to pay more because security has been tightened, but you’re still hearing of robberies being rampant in the area, you might have some doubts that the fees are being misused.

So, if you feel that the increase in the fee is not justified, you can also file a case against the management in the Strata Management Tribunal. This is a right given to various parties, including homeowners under Section 107 of the SMA which says:

No person other than the following persons shall be entitled to file a claim to the Tribunal:
(b) purchaser

Do note that if you take your case to the Tribunal, you’ll have to represent yourself as lawyers are not allowed. We’re written an article on how you can do this, which you can read here.

However, when possible, it’s always best to settle things amicably before taking legal action. So before you go to the Tribunal, try talking to your management to see if they’re willing to reduce the fee to a rate that all parties are happy with.