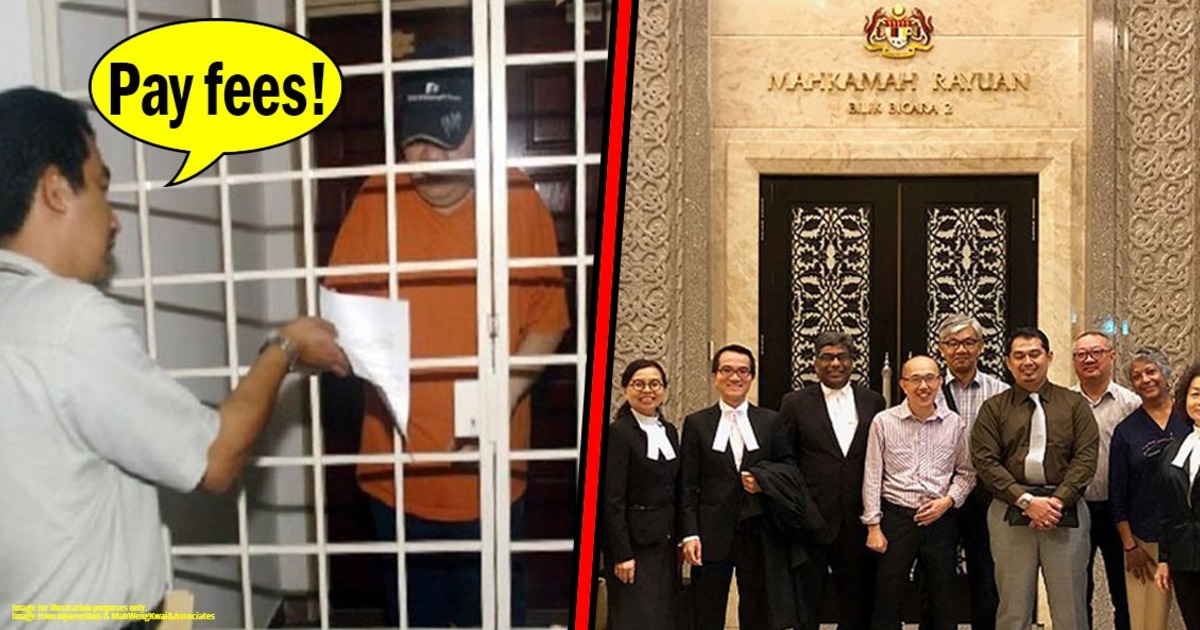 There was no control on maintenance fee rates at Msian condos, until this 2019 court case

If you’re ballin’ and can afford a condo unit—or you’ve been a tenant at more than one condo—you might have noticed how condos vary from each other in terms of facilities...and obviously price. For instance, the highest floor of your condo might have penthouse units and on the ground floor, there might be grocery shops and laundry services available.

Now if you own a condo unit, you’ll know that you’d have to pay for additional things like sinking funds and maintenance fee. In this article, we’ll be looking at a Malaysian court case that brought significant changes on how much you’re going to be paying for your maintenance fee...because the owner here filed a case against the Joint Management Body of his condo that charged him more.

But before we go into the details in this article, let’s just briefly look at who is responsible for maintaining condos and charging you exorbitant amounts for the maintanence.

Condo managements are in charge...to a certain extent

If you live in an apartment, condo, flat, SOHO, SOVO, or gated community, they all fall under the category of a ‘strata property’. Under the Strata Management Act 2013 ("SMA 2013"), there are three types of management bodies that are responsible for maintaining your condo.

The first kind of management body is the Joint Management Body (JMB). The JMB is a collaboration between the developer and the owners of the strata property. JMBs have to ensure that the apartment (or land if it is gated and guarded) and its common property is properly managed by keeping it in good repair. The JMB is also supposed to determine how much the maintenance charges and sinking funds (which is discussed below) would be and then collect it from you and the other owners. These duties are contained in section 21 of the SMA 2013.

The second type is the Management Corporation (MC). The MC has similar duties and powers but is only formed once you have received the title to your property. The management corporation is comprised only of owners to the property, without the part of the developer anymore.

[READ MORE: Can the condo management in Malaysia really enter my unit and take my property?]

Section 21 (1) of the Strata Management Act 2013 lists all the duties of the a condo management. Some of them are:

So based on the law, your condo management can legally charge you maintenance fee. You also have the legal duty to pay up as stated under Section 25(1) of the SMA 2013. And if you fail to pay, you can be sued for it.

Now imagine this, you own a shoplot and a residential unit at a strata property (we can only afford to be this rich in AskLegal articles). During the MCO, your shop had to be closed...which led to severe business losses. However, the JMB still required you to pay maintenance for both your properties—where the maintenance rate for your shoplot was much higher than rate charged for your home.

In reality—or rather in this court case, the person who sued the JMB only owned a residential unit in the property. Here’s basically what happened…

It all started with a meeting

In Muhamad Nazri Bin Muhamad vs JMB Menara Rajawali & Anor, Nazri, the owner of a residential unit sued the JMB at the High Court—for unlawfully charging different maintenance rates on retail shops and residential units in the condo.

It all started when the JMB hosted the first Annual General Meeting (AGM) on the 25th June 2016, where the members agreed to allow the JMB to fix maintenance rates at:

But a little known fact is that, the JMB assigned this duty to the MC, where they imposed the share units to RM2.80 and RM1.68 respectively. The plaintiff (person who sued) claimed that the different rates on maintenance was unlawful and discriminatory, as the JMB and MC charged residential and retail shops differently than for the car park units.

Unhappy with this decision, the plaintiff took the case to a court higher than the High Court...

The Court of Appeal agreed with the plaintiff

The appeal was in favour of Nazri, as the Court of Appeal overturned the High Court’s decision—by stating that the JMB/MC had no power to set different rates for maintenance charges when it came to different types of unit. This is because, the maintenance fee for each unit is calculated based on a formula which you can find under the First Schedule of the Strata Management Act.

And this schedule has already provided the calculation as to how much the units will have to pay. So when the JMC and MC set a much lower rate, the owner of the car park lots enjoyed a bigger discount on maintenance charges.

The Court also went on to say that the different rates on maintenance charges for different types of units, did not follow what was stated the law under Section 25 of the SMA 2013:

“The amount of the charges to be paid...shall be determined by the Joint Management Body...in proportion to the allocated share units of each parcel...”

As we mentioned earlier, the JMB and the MC had both given different rates on the maintenance charges—which raised the question on who gets to determine the rates in the first place. The Court stated that the JMB could not give the authority to the MC (which they did) and this means they’ve acted beyond their powers stated in the Act.

So if you ever encounter a case as such, where you think you’re being charged more than what you should be paying for...

[READ MORE: 4 things your condo management can sue YOU for in Malaysia]

Take your case to the Strata Tribunal first

The Strata Management Tribunal listens to any issues listed in the Fourth Schedule of the SMA 2013 provided your claim does not exceed RM250,000. You can bring a complaint to the Tribunal if the management body fails to carry out its duties or abuses its powers.

You can also approach the Tribunal to make an order for the management body to release certain information or documents to you or to request for an order to pursue an insurance claim.

However, when you bring a complaint to the Tribunal, it is important to note that you would be representing yourself as no lawyers are allowed in Tribunal proceedings. The Tribunal will only allow a lawyer to be present if you can prove that you would suffer financial hardships from the lack of a lawyer or if there are complex legal issues to discuss.

But take note: If you are renting the property, you might not be able to bring an action to the Tribunal as tenants are not listed in section 107 of the Act. However, you may work around this if you can prove to the Tribunal that you are have an interest in the property, and the Tribunal would then grant you permission to file a claim with them.

[READ MORE: 5 steps to take when you want to sue your condo developer in Malaysia]