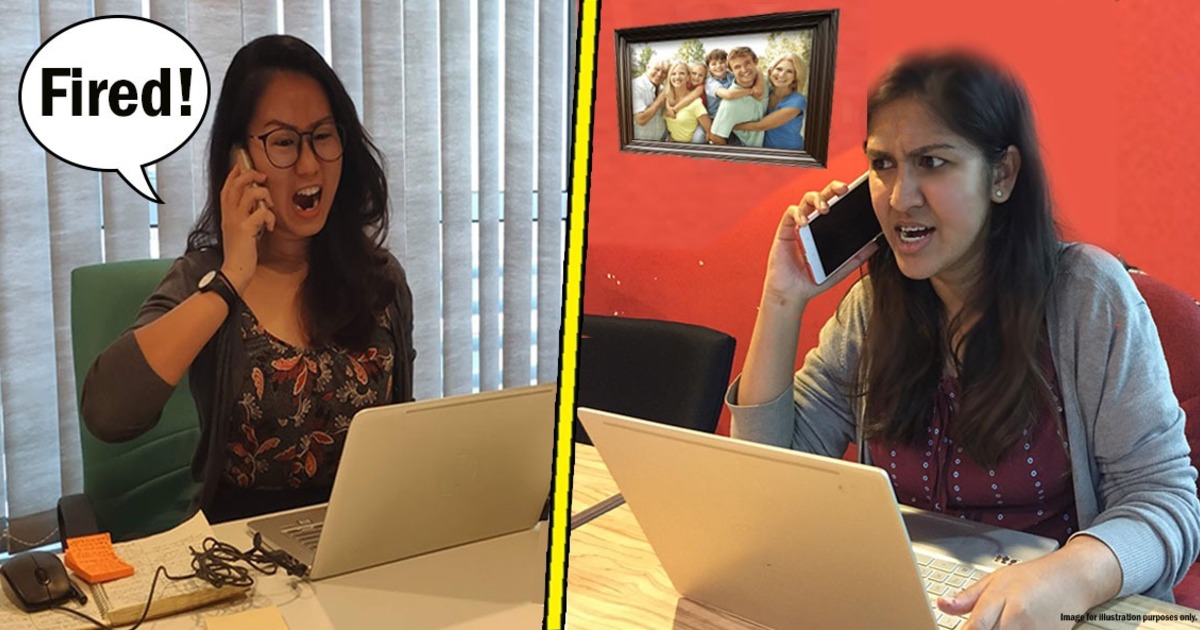 Can your boss fire you if you choose to work from home during the RMCO?

Okay before we dive into the answer, we’re actually curious to know whether Malaysians prefer going back to work post-MCO or have you blended in to this new WFH lifestyle?

As companies are allowed to operate at full capacity under the RMCO, your boss might ask you to come into the office now to work. But what if a small part of you is worried, that since this pandemic is far from over (and you’ve become so accustomed to working in your PJs)—if you’ll be allowed to WFH although your company started working at full capacity?

Being absent from work is a SERIOUS misconduct

Now being absent from work is not the same as being on MC or taking annual leaves. An employee who’s absent from work usually doesn’t have a reasonable excuse for not coming in to the office. When the employee doesn’t justify his absence, the employer (his boss) can take immediate action like getting him fired.

[READ MORE: Can Malaysian companies fire you for taking too many MC?]

In Crowne Plaza Riverside Kuching v. Mohamad Zulkarnaen Suhaili, the employee was dismissed for not having a reasonable excuse, when he was absent from work. The Industrial Court said this:

“An absent workman misconducts himself if he is either absent from work without reasonable excuse or, if he has a reasonable excuse, fails to inform or attempt to inform his employer of such excuse prior to or at the earliest opportunity during his absence.”

The facts of this case basically revolve around an employee who didn’t come to work for 2 consecutive days, and didn’t inform his boss that he won’t be coming in to work. So his absence is actually a breach of his employment contract with the company—which could get him fired legally. Section 15(2) of the Employment Act 1955 states as such:

“An employee shall be deemed to have broken his contract of service with the employer if he has been continuously absent from work for more than two consecutive working days without prior leave from his employer, unless he has a reasonable excuse for such absence and has informed or attempted to inform his employer of such excuse prior to or at the earliest opportunity during such absence.”

The Act essentially says, that an employee who’s absent from work for more than 2 working days, can be fired as it is a serious misconduct under the law. Our Employment Act defines “employees” as those who earn below RM2,000 per month, or those who are engaged in certain services, like manual labour or being a domestic servant. So if you earn more than this, the court will look your employment contract to help you out.

But if the employee informs or had attempted to inform his boss, and has a proper reason to be absent from work, the employer cannot fire the employee.

If you’re wondering what amounts to a proper reason/excuse—a good example will be having an medical certificate to prove that you were unwell. But that isn’t the only good excuse you can give if you’re absent from work. Read the article below to know how to make reasonable excuses:

[READ MORE: Can you get fired for taking emergency leave in Malaysia?]

Jokes aside, now here’s the real question: Can you get fired for choosing to WFH?

Your boss must approve first

So whether or not you’re allowed to continue working from home, will depend on your company policies during the RMCO. Some companies have opted for employees to WFH, while others chose to have their employees at the office during working days.

Now there aren’t any cases brought to the Industrial Court, where employees have been fired for choosing to WFH. But there was a case that’s pretty similar to what some of us might be facing, in terms of where we’d prefer to work. In Wan Ahmad Firdaus Bin Wan Rossman v Hong Leong Bank Berhad, the employee was fired for being absent from work from 4 days.

When the case came up to the Industrial Court, the court actually sided with the employee, as his job actually required him to work out of the office. The employee was a sales executive, and his job scope required him meet clients. So when it came to a situation like this, the court sided the employee and agreed that he was unfairly fired for being absent from the office.

So if your job involves working everywhere but the office—or you’ve been given an option to WFH, you can’t be fired by the company. But if your boss insists that you should work from the office, your boss and the company should follow the SOPs set by the government, before allowing employees back.

If you’re still worried about getting infected, perhaps you could talk to your boss about it—or inform him your intentions to WFH. Doing so might avoid you from getting fired for being absent and saving money from a potential lawsuit.