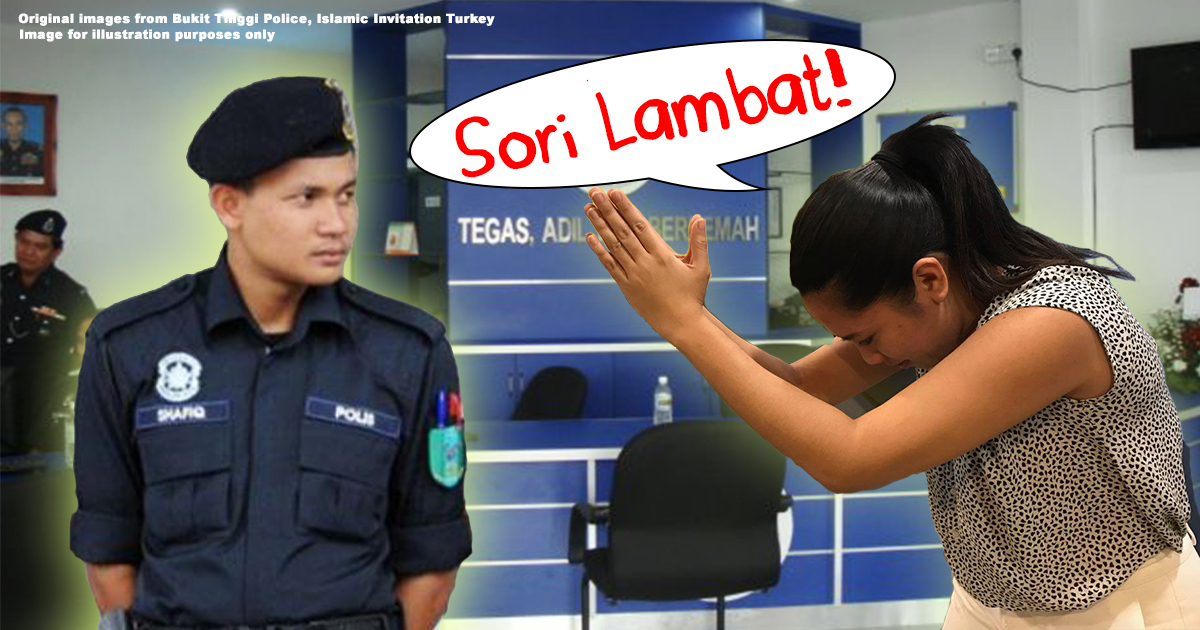 Can you still report an accident to the PDRM after 24 hours have passed?

We ask you readers to imagine a lot of automotive nightmares, from the distress of getting a hit-and-run, to the heartbreak of getting hit by a car with no insurance. Today, how about imagining something even worse? Imagine getting into a traffic accident where you’re so badly injured you have to be hospitalized for a few days (god forbid). And now turn your thoughts to what you have to do next - make a police report.

Everyone knows that you have to make a police report for a traffic accident within 24 hours of the incident. BUT, you’re also badly injured and can’t make it - will the police still take the report from you if you can only go to a police station a few days later?

To answer that, we first have to look at the exact law which creates our duty to report accidents.

You MUST report ALL traffic accidents within 24 hours

The piece of law about reporting traffic accidents is in Section 52(2) of the Road Transport Act 1987 (RTA), which states that:

“In the case of any such accident as aforesaid the driver of such motor vehicle…...shall report the accident at the nearest police station as soon as reasonably practicable and in any case within twenty-four hours of such occurrence…” - emphasis added.

[READ MORE - If you hit a car from behind in Malaysia, is it automatically your fault?]

You probably wouldn’t realize but there’s actually a specific definition for an “accident” in the law:

“ “accident” means an accident or occurrence whereby damage or injury is caused to any person, property, vehicle, structure or animal;” - emphasis added.

(Fun fact: cats are not counted as “animals” in this case for some strange reason.)

So, Section 52(2) basically says that strictly speaking, even the most minor of traffic accidents must be reported. And yes, it is deemed a crime to not report an accident, which is provided under Section 119(1) of the RTA. It’s rather lengthy and technical, but basically says that if you don’t have a lawful excuse for not complying with the RTA, then you’ve committed a crime. The penalty for a first offence is up to RM2,000 or up to 6 months in jail, and for repeat offences, the penalty goes up to a maximum of RM4,000 and/or up to 12 months in jail.

But, the police do not blindly penalize you for making a late report as there are pretty common reasons you might not be able to do so on time. You might have difficulty moving, you might be in shock for a while, or you could even be out cold and recovering in a hospital - the point is, it’s okay if you were hurt and weren’t able to make a police report immediately.

Remember that Section 119(1) states it’s only a crime if you do it “without lawful excuse”, so if you have a valid reason for not making the report on time, the police are actually happy to accommodate. As an example, this writer’s friend once made an accident report 2 days late, and the police accepted her explanation of “trauma” for the delay in her report.

[READ MORE - What can you do if no action was taken on your police report in Malaysia?]

One more thing… Settling privately is not exactly legal

Many Malaysians choose not to report minor accidents where no one got hurt and the vehicle damage is minimal. Although it’s a commonly used method, this actually isn’t a legally recognized way to settle an accident (even if you’ve written a contract for it). If you get into the dreaded situation where you were negotiating with the other driver, but they decided to back out at the last minute and maybe even start demanding money, it’s not clear whether this scenario is recognized as a “lawful excuse” for making a report after the 24 hour limit.

In short, the other driver can still make a report even after “settling” with you - and you will have to deal with the police. So, the safe thing to do is to still make a police report to protect yourself against 3rd party claims where the story may be spun against you. More so, you should avoid settling accidents bigger than a scratch unless you’re absolutely certain you can trust the other driver (which is almost never).

It’s troublesome, you might get fined, and you might even lose your insurance No Claim Bonus/Discount, but it can sometimes be better than being extorted for money to repair the other driver’s vehicle - not to mention if you don’t make a report, they could file a report and make a claim against you anyway, and you’d have little chance of defending yourself.