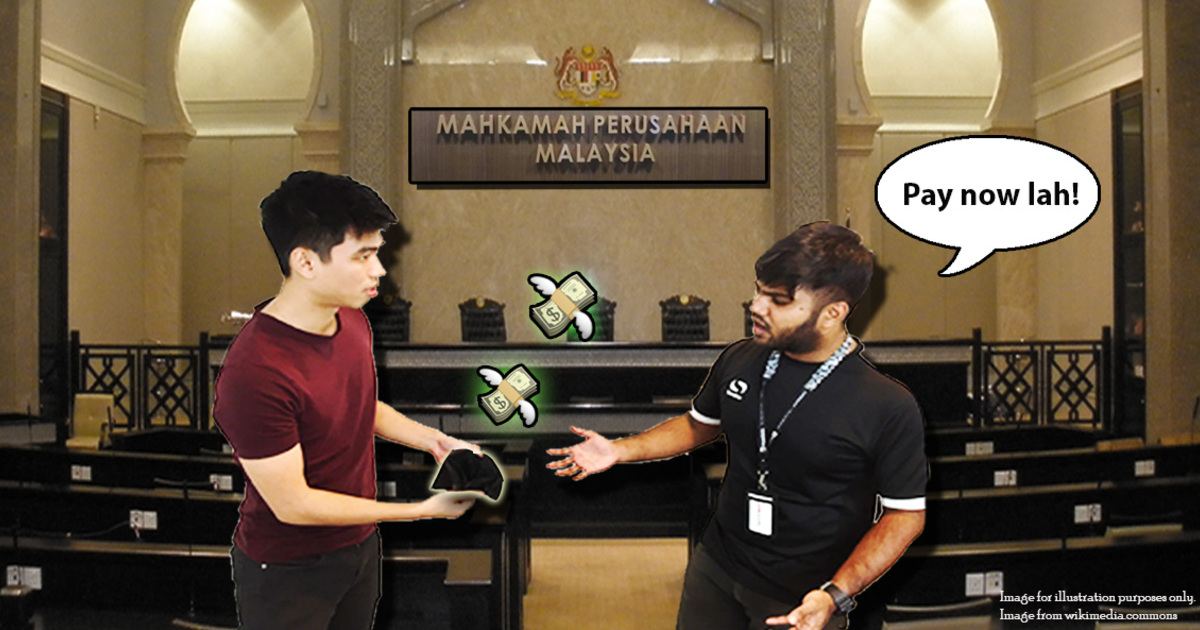 How is a normal Malaysian court different from a tribunal court?

Disagreements happen all the time. It can be over something as trivial as who does laundry for the week, or things can turn ugly real quick where sometimes, a minor disagreement can lead to violence or even...murder! It’s a pretty obvious fact that murdering someone or inflicting violence is a criminal offence and you will be charged for in the court for it, where criminal proceedings will then commence upon you.

Besides criminal cases, other cases are sometimes heard out of court due to a variety of reasons. This could be because court proceedings can take a very long time, are quite expensive and cases are generally not private as anyone can watch a proceeding. This does not apply to divorce proceedings and hearings involving children. But in situations where two companies want to settle a dispute while taking care of their good name, they would resort to settling the dispute outside of court instead.

But take note that this does not just apply to companies alone. Even YOU can bring someone else or your company to – what is known as a tribunal, if you feel your rights have been infringed in any way.  For cases involving dismissal or small claims are urged to be referred to in Industrial courts first instead of Civil courts to prevent a backlog of cases in the court of law.

Now, imagine this scenario. You decide to sue your company for unfairly dismissing you (firing you) without giving you any notice on the termination of your employment or compensate you for it in any way. You don’t have enough money to hire a lawyer, and now you are wondering if there are any other options left for you to sue the company (and your boss) for all the bad luck that has landed upon you.

Perhaps this can be best explained by introducing what a tribunal is in the first place...

Is a tribunal a type of court?

A tribunal is basically a body established to settle certain types of dispute. Tribunals may resemble courts as they are administrative and have someone who takes up the role of a judge to hear the case, but it is not recognised as a court that will have to follow the standard judicial system. Tribunals are not heard by judges to begin with, and you can be represented by anyone who has the capacity to do so...including yourself.

In other words, there are no rigid rules or procedures in a tribunal, as compared to what a court of law has. Cases are dealt with in a somewhat flexible and informal manner, and most of the time, the remedies awarded come at a faster rate to the parties seeking for it. You can settle this in what is known as an arbitration proceeding, conciliation, or mediation. Normally, these disagreements are settled in Industrial courts or a Labour Court which isn’t an actual court as mentioned earlier, but the cases are heard by a Director or Chairperson as stated in the Industrial Relations Act 1967 and the Employment Act 1955, accordingly.

Among the types of cases heard are unfair dismissals of employees, trade disputes and minimum wage complaints made by employees. You may now ask, if you don’t need a lawyer to represent you in tribunals to settle out of court matters relating to industrial disputes for example, who speaks on your behalf?

The party who represents the aggrieved person may either be:

How does an award work?

No, you do not get an actual award for bringing up a case in the Industrial/Labour court. An award in this sense refers to the decision made by the tribunal in the dispute settlement proceedings. The Industrial Court of Malaysia’s website even displays the full awards that have been awarded to the parties who have had their dispute resolved by the body.

So, a tribunal award is actually similar to a judgement in a court of law, and if the losing party fails to comply with the award, serious action can be taken on the party that fails to pay.

Any person who fails to comply with an order of the Court under subsection (2) shall be guilty of an offence and shall, on conviction, be liable to a fine not exceeding two thousand ringgit or to imprisonment for a term not exceeding one year or to both and a further fine of five hundred ringgit for every day during which such offence continues.

So, if your employer fails to compensate you or does not comply with the award, he/she will be liable to a fine not more than RM2,000.00 or a jail sentence not more than one year or both. The tribunal court will enforce the penalties after making an order to the party to comply to the Act or rectify any terms in the award if it seems unjust.

However, not everyone complies with awards given by the tribunal courts on time or may even try to avoid paying the compensation that is supposed to be paid to the aggrieved party. In circumstances as such is when the court of law a.k.a civil courts will come and join in the fun.

An award of a tribunal court is actually deemed to be final and conclusive. But if either party has a problem with it or has discovered an error of law in the award, it can be challenged at the High Court to either set it aside or enforce it. But this can only be done once it has gone through the Tribunal court for non-compliance or any errors, and is done within two years with the discretion of the Minister.

So, if the High Court seems to have more power on enforcement, why do you bring the case to the Industrial courts in the first place?

So which court gives better remedies?

For starters, Industrial courts do not require any costs to be paid upfront to start a procedure. As we mentioned above, you can even represent yourself in an Industrial court or get a representative from the trade union.

However, this is rather subjective as every case is unique in its own way and should be dealt with on a case to case basis. And take note, if you intend to sue someone for other legal matters such as defamation or negligence, perhaps a better remedy will be granted to you if you bring the dispute to the High Court as these are not matters inclusive in the Employment Act or the Industrial Relations Act.

The Industrial court deals more on matters of reinstating an employee back in his former position in a company or compensating the employee if the former is not practical. Only if the losing party does not comply with the award given by the Industrial court and you now wish to initiate the enforcement of the award in the High court, then the civil courts might be able to help.

But if you’re still unsure on whether or not your problem will be heard in an Industrial Court or you need to take it to a civil court, perhaps it’s best to get in touch with a lawyer who would be able to advice you based on your circumstances.